Drivers for Uber and Lyft say a minimum wage is necessary. The companies say it would make rides more expensive and could drive rideshare companies out of Seattle. 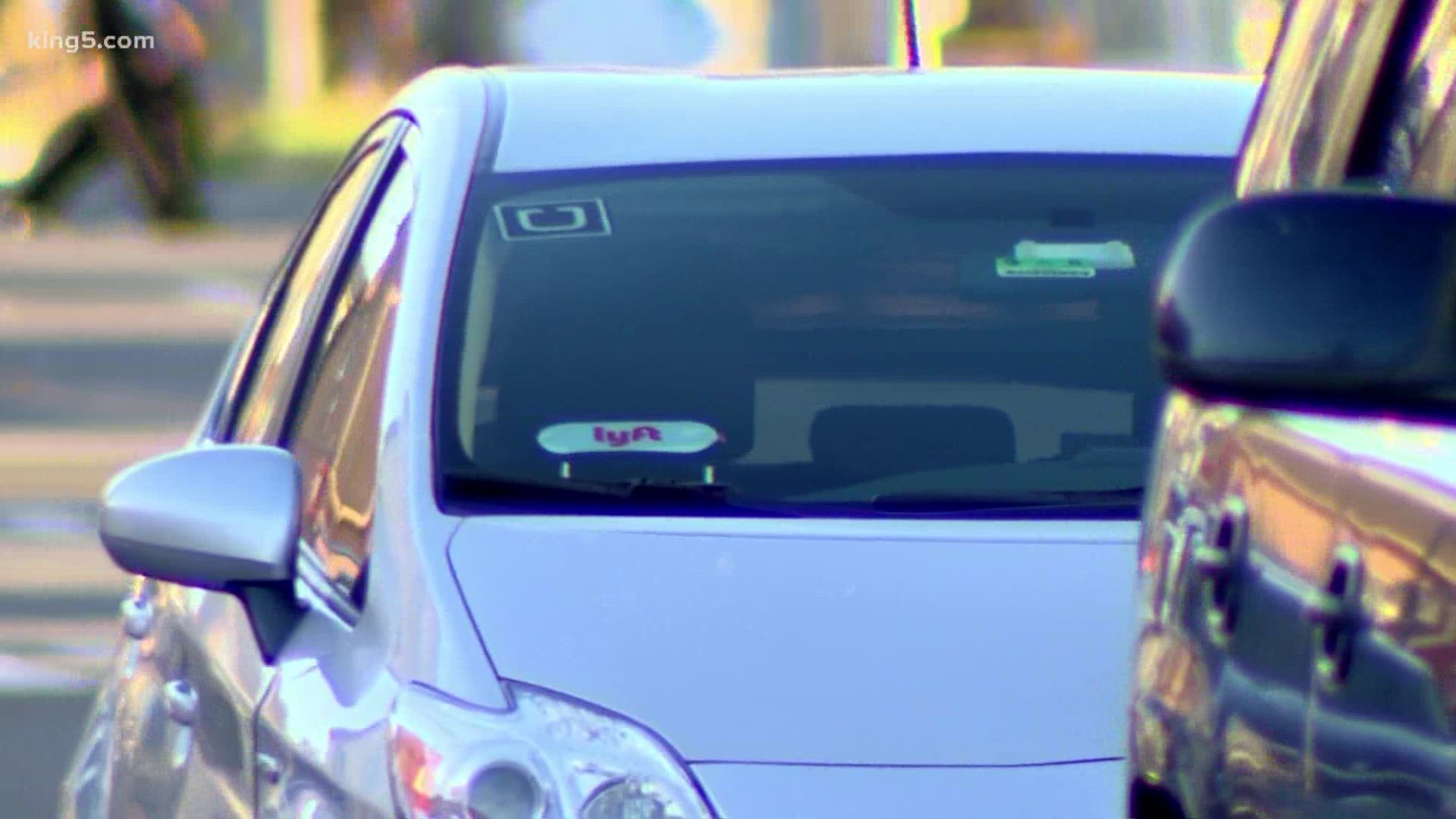 SEATTLE — The Seattle City Council unanimously approved a new wage standard for rideshare companies, requiring them to boost pay for their drivers

On Tuesday, the council voted that Uber and Lyft drivers are expected to make the $16.39 an hour minimum wage as other workers. The increase in pay will account for expenses and the time drivers spend traveling from one ride to the next or while waiting for passengers.

The legislation requires rideshare companies to pay drivers $0.56 per minute, a per-mile rate, and pay for reasonable expenses, including cleaning and rest breaks. There will be a $5 minimum payment per trip.

"It's very very hard to survive somebody who has in a family like I do, to pay the bills,” said Ahmed Mohamed Mahamud.

Mahamud has been an Uber and Lyft driver since 2017, and as a member of Drivers Union, he says a minimum wage is necessary.

"Oh, I'm 100% sure if this passed and the drivers get this minimum wage of the mayor's proposal and the city council, I believe, it gives even more money to the drivers, and I don't think it's going to impact the riders as well,” Mahamud said.

Uber-backed group Drive Forward says this plan will limit driver flexibility and take away jobs — based on what it says happened when similar legislation passed in New York City.

"While we support the Mayor's goals, a nearly identical law in New York City led to a 30% price increase for riders and massive protest among drivers." Uber said in a statement. "We hope to be able to work with the City of Seattle to limit the negative impacts on riders and drivers.”

A spokesperson for Lyft said in a statement that the city's proposal could make rideshare companies economically unviable in Seattle.

“The City’s plan is deeply flawed and will actually destroy jobs for thousands of people — as many as 4,000 drivers on Lyft alone — and drive rideshare companies out of Seattle.”