The fire broke out around 6 p.m. in West Seattle. Council president Lorena González confirmed her mother-in-law passed from injuries sustained in the fire. 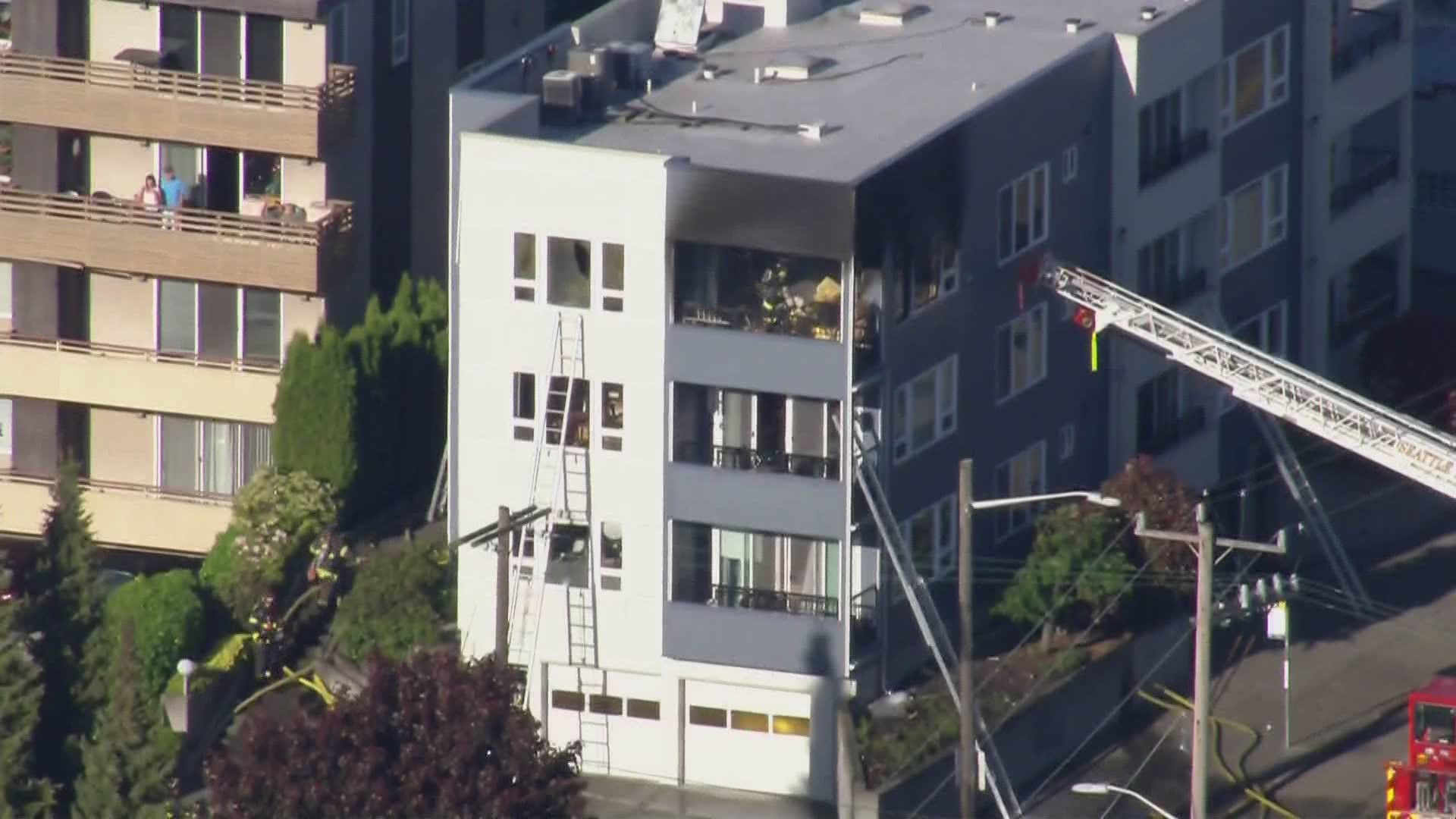 The Seattle Fire Department reported the fire started around 6 p.m. Friday near the West Seattle Junction. Crews asked the public to avoid the area while they investigated.

Firefighters rescued a 79-year-old woman from the building, who González later identified as her mother-in-law. She was taken to Harborview Medical Center in critical condition, where she later passed.

"Thank you to the Harborview Medical Center nurses, doctors, therapists and other staff for doing everything you could to help our family and allowing us to be at her bedside the entire time," González wrote. "We know our first responders and all the medical staff did everything they could to make her comfortable."

González and her family also live in the building. She said her family's unit is currently uninhabitable.

"We are sustained by the outpouring of love and support, and offers of housing and basics from all of you during this devastating time. We appreciate your understanding as we embark on our journey to grieve and celebrate the life and memory of one of our matriarchs, our sweet Mary Lou,” she wrote.