The payroll tax co-sponsored by Seattle City Councilors Tammy Morales and Kshama Sawant would impose a 1.3% tax on some of the city's biggest businesses. 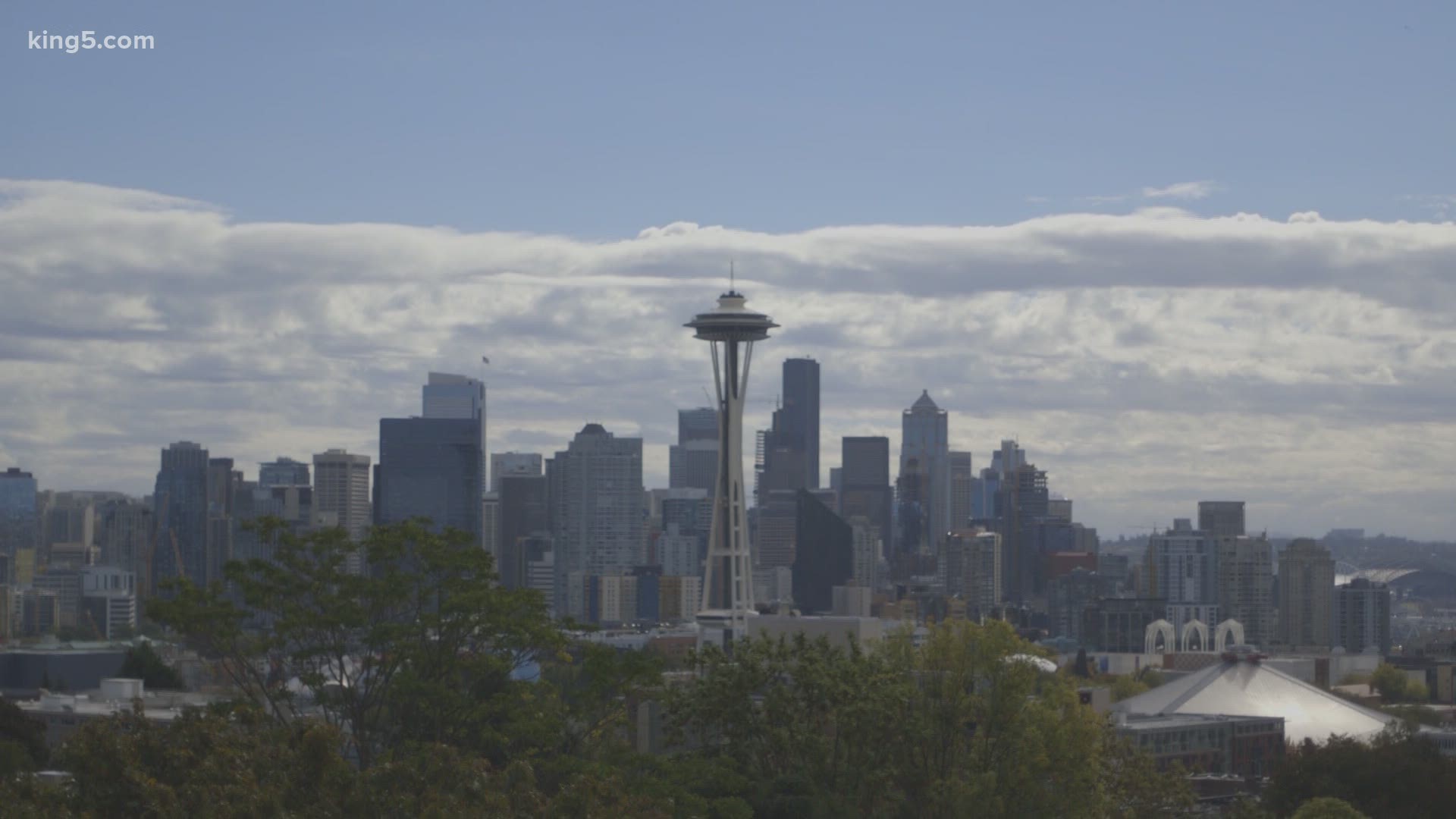 SEATTLE — The Seattle City Council is considering a $500 million payroll tax that would be immune from a voter referendum. That's just one of the elements behind the amended legislation to tax Amazon and other big businesses as soon as this summer.

The legislation, co-sponsored by Seattle City Councilmembers Tammy Morales and Kshama Sawant, has quietly, and quickly moved through the second floor of City Hall and will get a public hearing on Wednesday.

The legislation calls for imposing a 1.3% tax on the city's biggest companies with payrolls of $7 million or more annually, in an attempt to raise $500 million dollars a year for housing and homelessness services.

However, the first year would use $200 million for coronavirus relief.

"The federal government is sending small amounts of money, one time amounts of money to some folks, the legislature hasn't passed anything. In Seattle, our rainy day fund is tapped out," said Morales in an interview with KING 5. "So this really is the only option we have to be able to provide the kind of emergency cash assistance to folks that we'll see them through for the next few months."

The payroll tax proposal dwarfs the $47 million dollar employee hours, or head tax, which was approved by the Council in 2018. It was quickly repealed after it became clear that it would face a ballot referendum.

Because the city is in an emergency state, any such measure would be immune to such a challenge, as first reported by SCCInsight.com and confirmed later by city leaders.

"Tone deaf," is how Taylor Hoang described the legislation. Hoang owns several Seattle restaurants and said she may have about a month left before she could be forced to close even for take out due to the coronavirus pandemic.

Louise Chernin, who is the President of the Greater Seattle Business Association, said she's advocated in the past for a State Income Tax. But she said the current situation calls for a different approach.

"The number one goal should be to keep people employed," said Chernin, "It will affect every business."

The Downtown Seattle Association is also teeing off, suggesting the request is too big, at too desperate a time.

"It was a bad idea two years ago, when tens of thousands of voters signed petitions, and the council then repealed it. It's a bad idea today, the only two things that are really different from two years ago and today is the tax that's being proposed today is 10 times bigger, the economy is probably 100 times worse," said Jon Scholes, President of the DSA.

Morales shrugs aside the concerns, noting that businesses say there is never a good time for a new tax.

"You know, I don't think there will ever be a good time for corporations where they will say, 'yes, we're fully on board with supporting our community in this way.' But the reason that this is is so important right now is because this is a crisis," said Morales. "Look, we have, you know, the reason that we've done this as an emergency measure is because people are suffering. We don't have time to wait for a vote. You know, if November is six months away, if we wait to put this to a vote, people will die."

Seattle Mayor Jenny Durkan has not weighed in yet on the discussions, but in an interview earlier in the week, she said she felt it was "premature" to discuss a new tax on businesses.