Seattle businesses brace for new restrictions, but some have found ways to adapt

Just hours into the first shutdown, Suzette Jarding was putting up "to-go" stickers on the windows of her normally bustling Capitol Hill restaurant. 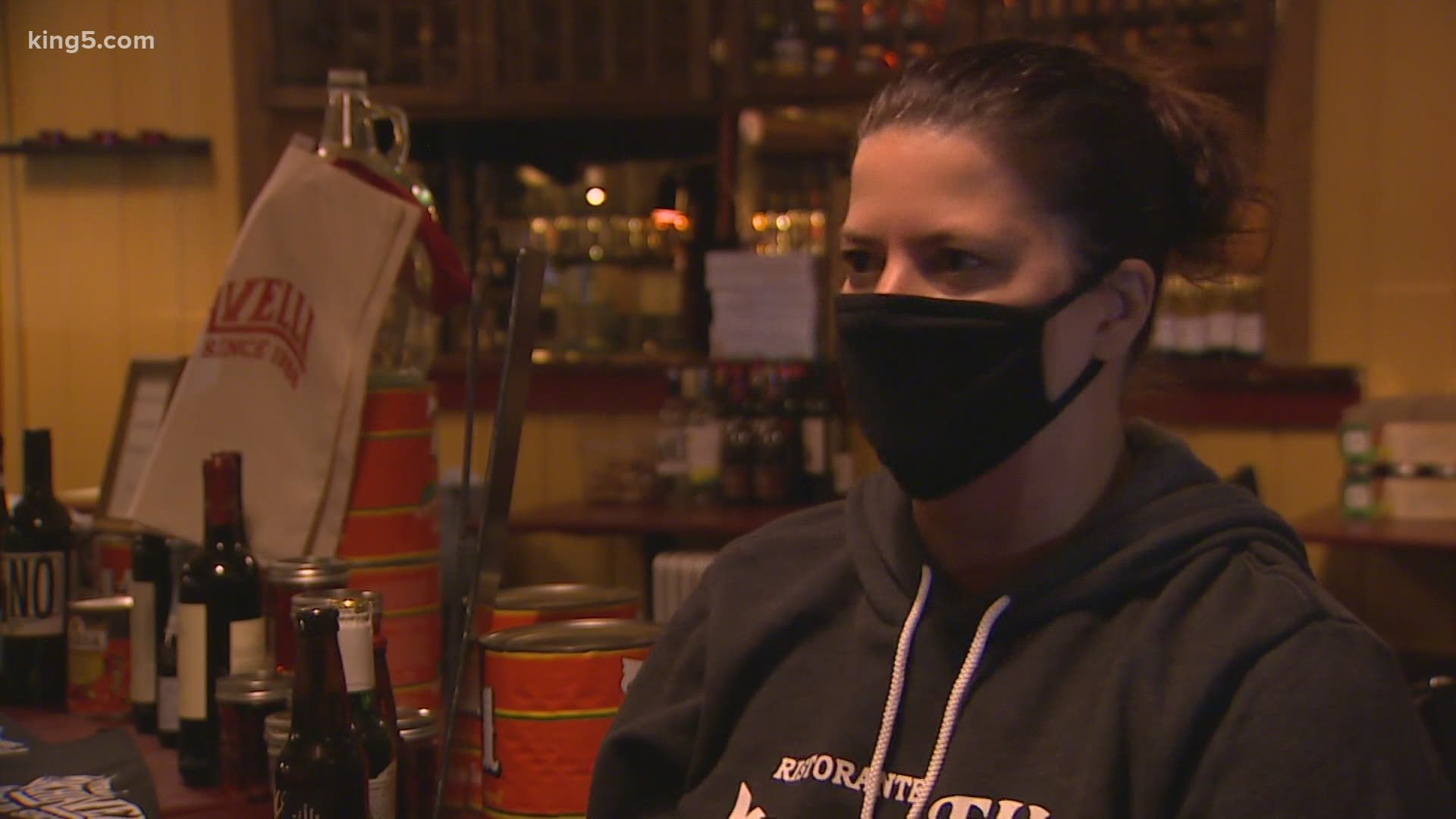 SEATTLE — Gov. Jay Inslee's new restrictions to slow down the spread of coronavirus in Washington will have a major impact on restaurants and business, again.

There have been more than 200 Seattle-businesses that have already shut their doors due to the pandemic. While some, like Ristorante Machiavelli on Capitol Hill, have had to adapt in unique ways.

“We transitioned [to take out only] right away, just said, we're gonna try it," said Suzette Jarding, owner of Ristorante Machiavelli. "We don't know if it's gonna work. But we'll try it and do it as long as we can."

Just hours into the first shutdown in the spring, her normally bustling restaurant was putting up “to-go” stickers on its windows, while its door remained locked, but not closed.

“I never wanted to close, I really felt like if we even closed for a day or two, that it was going to send a message that we weren't going to come back,” she said.

Jarding said she did get a PPP loan during the first shutdown, but overall her sales were down 75% and she had to let go of eight of her 15 employees. She began selling merchandise and became a social media “pro” really quickly, she joked.

Thus far, there’s been no indication that more funding will come with another shutdown.

But for hundreds of other businesses in Seattle – the story is over. The pandemic has forced them to shut their doors for good.

Randy’s Restaurant – a staple in Seattle for nearly 40 years – is the latest business to shut down because of the pandemic. In West Seattle, New Luck Toy, a Chinese restaurant and Karaoke bar, announced it will close for six months on Nov. 22.

Despite the uncertainty, Jarding said she does support another shutdown to help curb the spread of the virus.

“I feel like it's getting to a point again that if we don't do something about it, we're going to lose a lot of lives. And personally, I would rather struggle for this year and have everybody come back,” she said.

The Washington Hospitality Association estimates the four-week closure could cause 100,000 people to become, once again, unemployed. This would include many restaurant workers as the restrictions require indoor dining to be shut down by 12:01 am. Wednesday. 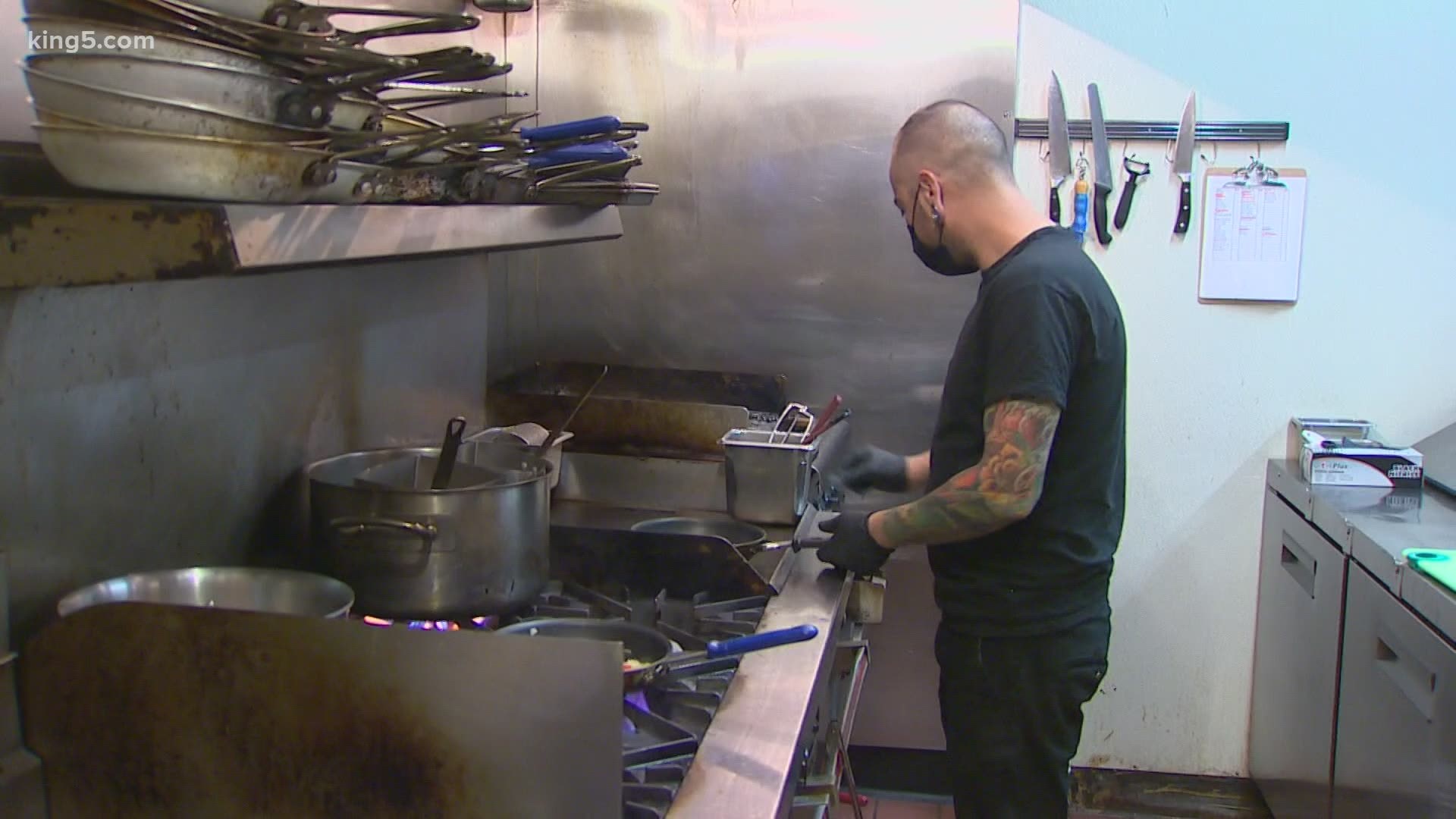 Inslee announced $50 million in relief through loans and grants. The governor is expected to release more details about how businesses can apply for funds.

"We're going to have to bite the bullet and do what is best," said Craig Perez, the co-owner of the Virginia Inn, a bistro located near Pike Place Market.

The Virginia Inn adjusted during the previous shutdown. Perez said the bistro update its website and improved its takeout service. It also experimented with new menu items.

Perez believes Seattle will pull-through but not without sacrifice.

"We're going to really focus on to-go ordering, online ordering, and taking care of our staff and I think that's in the best interest of the community," said Perez.

The Virginia Inn has been an establishment in Seattle since 1903. Perez and his partner took over ownership in 2019. The historic spot survived the 1918 pandemic, two world wars and the recession, Perez is hopeful the bistro will make it through the current coronavirus pandemic. 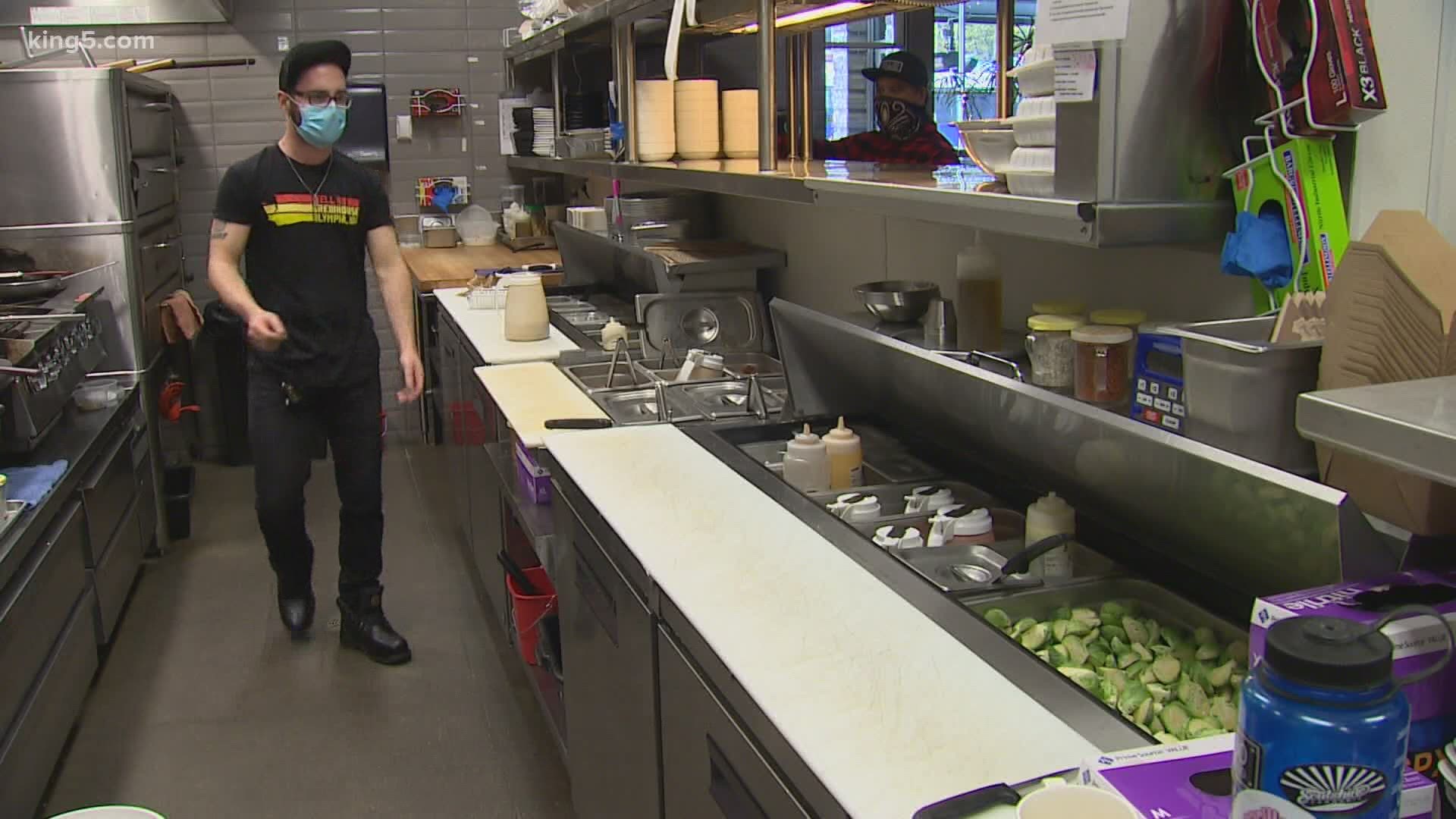