'Let's do this': Seattle businesses hopeful for 2023 MLB All-Star game

Businesses in the SODO neighborhood ravaged by the COVID-19 pandemic feel the future is bright. 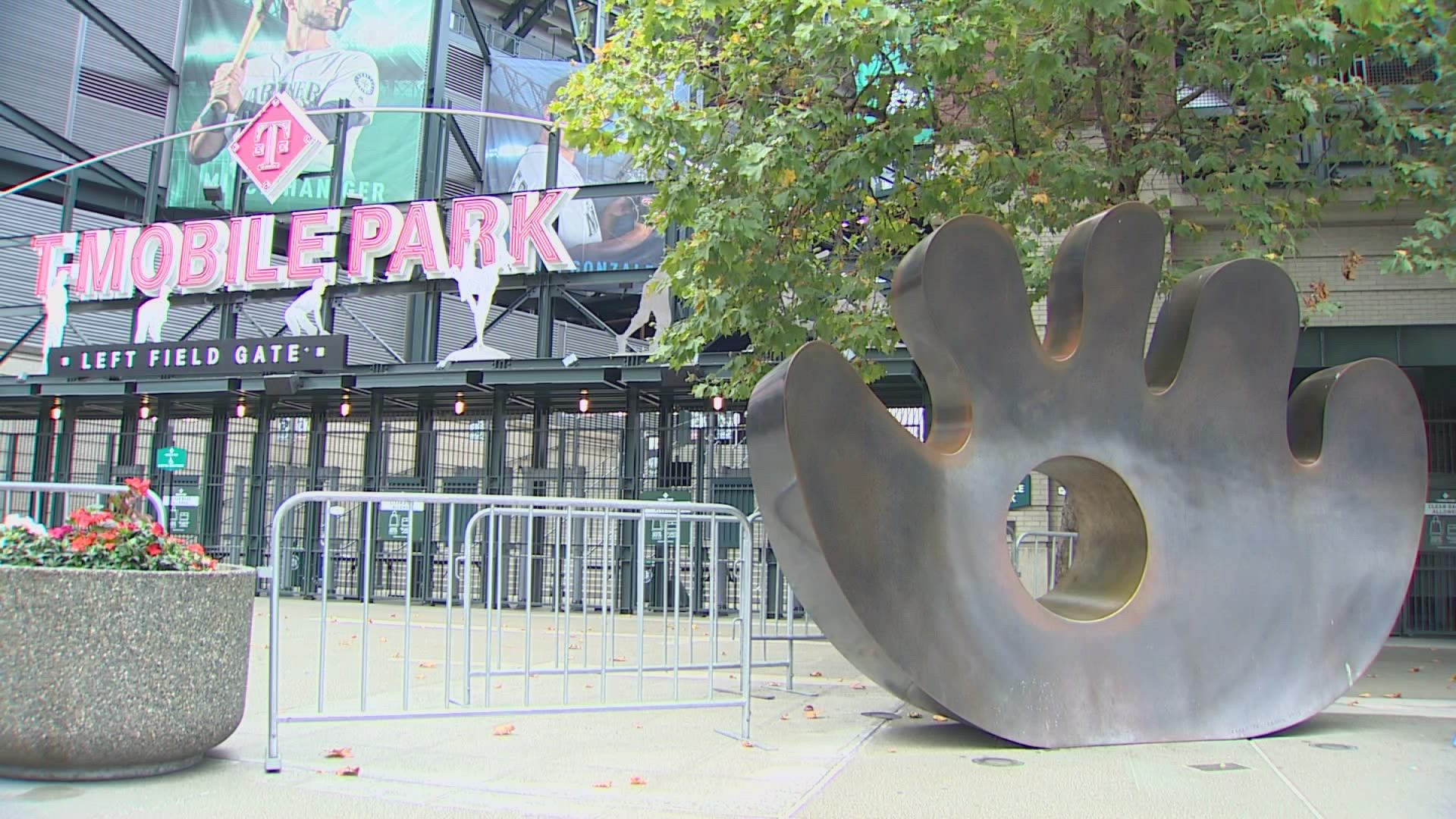 SEATTLE — Major League Baseball Commissioner Rob Manfred announced Thursday the Seattle Mariners will host the 2023 All-Star game at T-Mobile Park in the city's SODO neighborhood, an area that took a big hit during the pandemic.

Leaders hope the game, which is expected to draw thousands of fans and tourists to Seattle, will be a big economic driver for the city.

Paseo on 1st Avenue just south of the ballpark is known for its Caribbean sandwiches. Owner Ryan Santwire says they survived the shutdowns thanks to online orders and repeat customers but suffered vandalism to the building with fewer police officers in the area and homelessness being up.

"Looking at what they did in Brazil, and some of these other countries leading up to the World Cup and the Olympics and stuff, it would be great to have that as a bar to say, 'hey, let's do this,'" said Santwire.

This will be the third time Seattle will host the all-star game. The last time was at the previously known Safeco Field in 2001, and, while it's still two years away, Santwire is already looking ahead.

"We'll do some stuff inside the stadium, and we'll do some stuff at the restaurant. Probably some special stuff for baseball fans and some kind of cool VIP event. Something that's just really neat," Santwire said, adding that a lot of teams order food from the sandwich shop when they're in town.

While Santwire promises a lot of fun, he also says it's his goal to use the opportunity to showcase what Seattle has to offer.

"It's going to take everyone to really get there," Santwire said.