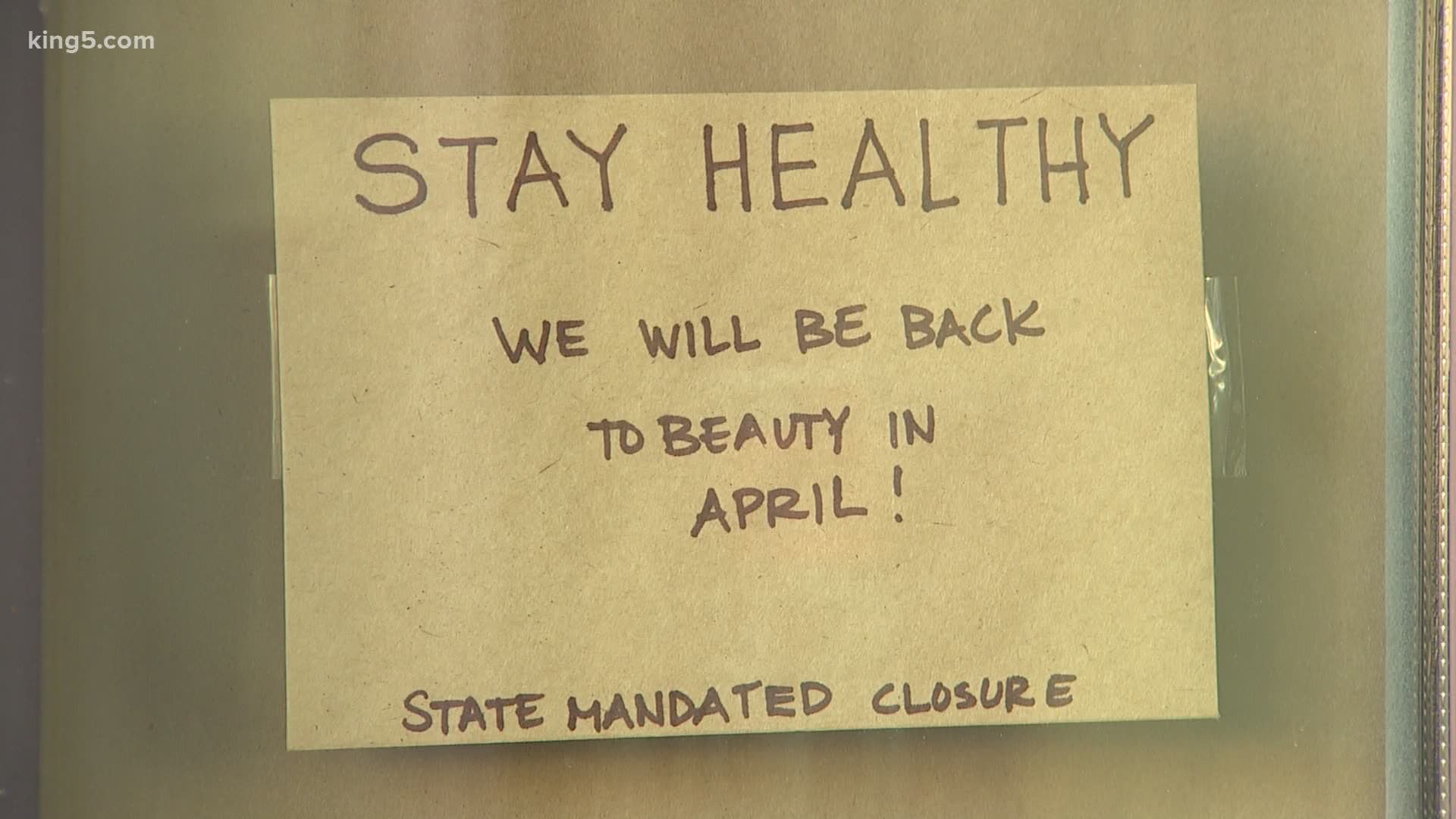 SEATTLE — Though there are several government programs to help small businesses forced to close due to the coronavirus pandemic, some business owners say they’ve tried multiple programs and haven’t received a dime.

Jamie O'Neill is trying to figure out how to pay personal bills, put food on the table, and pay the rent for a hair salon that is not allowed to open.

“I applied for six different grant programs,” O'Neill explained. Those include programs from Amazon, local government and the Federal Government. But in every case, she was either rejected or redirected to somewhere else.

The state's revamped unemployment system was another dead end on Sunday.

“You see that wheel that spins that looks like a rainbow and so it's one more day that we as small business owners are not seeing economic relief,” O'Neill explained.

With no income since mid-March, O'Neill took her frustrations to Instagram in a post that received dozens of comments. She talked about her frustration at being rejected for help including the comment “being a small business owner and a taxpayer and a law-abiding citizen means nothing."

O'Neill got more than a hundred messages from other small business owners, saying they’re going through the same thing.

“That tells me there is a huge injustice in the small business community,” she said.

Makena Phillips runs the bath and body line Shepard Moon Concoctions, she's also applied for grants and loans that haven’t gone anywhere and says it feels like a roller coaster of frustration.

Phillips says her best support has come from the community and local stores like PCC, which stock her items.

“One of the beautiful things that's coming out of all this is reaching out to other small businesses,” she said.

The federal government might add more money to its loan program but both business owners say after hearing about other big companies getting money, they're losing faith that they will ever see a dime.

“Hopefully, the bigger companies pass along what they have to keep us alive to keep this country what it should be,” O'Neill said.