Seattle-Bremerton ferry route down to one boat due to vessel shortage, ‘crewing challenges’

Riders should expect longer wait times until at least mid October as the other boat assigned to the route undergoes needed drydock work. 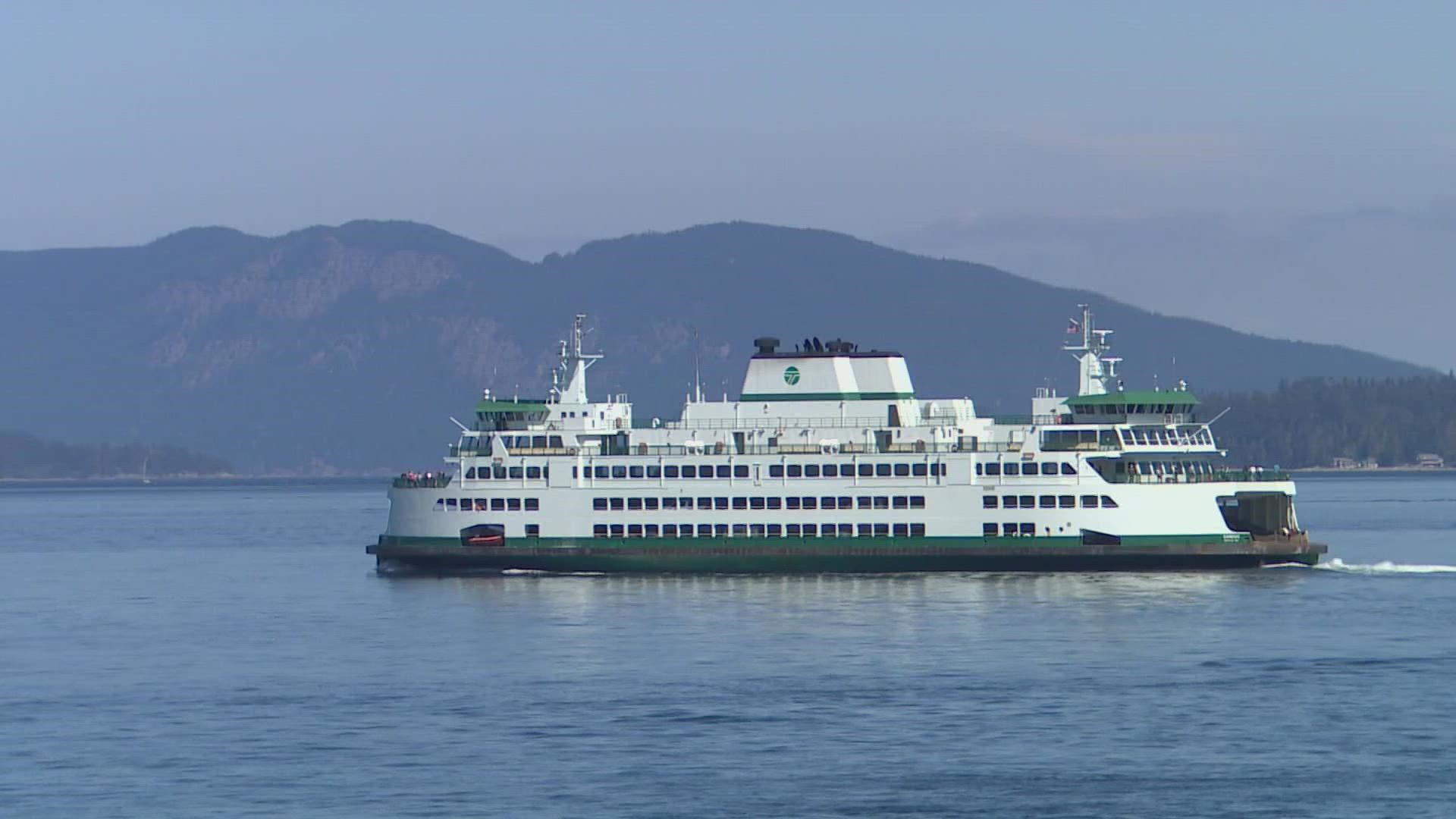 SEATTLE — Riders of the Seattle-Bremerton ferry route should expect longer wait times through at least mid-October.

Starting Tuesday, the route will be down to only one boat until further notice “due to crewing challenges and a shortage of available vessels,” Washington State Ferries (WSF) said in a Tuesday bulletin.

The Chimacum will operate only the #2 sailings on the route’s schedule while the other boat normally assigned the route, the Kaleetan, undergoes necessary drydock work.

Tuesday’s announcement follows a Labor Day weekend marred by the rumor of a ferry worker “sickout” in protest of Gov. Jay Inslee’s COVID-19 vaccine mandate for most state employees, including WSF crewmembers.

The rumor was so widespread and credible that WSF warned of possible delays over the holiday weekend and even stopped taking vehicle reservations on some of its routes "due to the possibility of disrupted sailings from a lack of crew."

Delays never manifested, though, and some routes were less busy than expected, likely due to the rumors and the recent rise in COVID-19 cases across the state.

On Saturday, the Washington Federation of State Employees, the union representing 47,000 state employees, reached a tentative agreement with the state regarding the vaccine mandate.

Any protest among ferry employees would create a dire situation for WSF as the system is already struggling amid staffing shortages caused by a global lack of maritime workers and the delta surge.

Ferry riders should plan well in advance of their trips and check terminal conditions before arrival, especially if they plan on riding at peak hours, according to WSF.