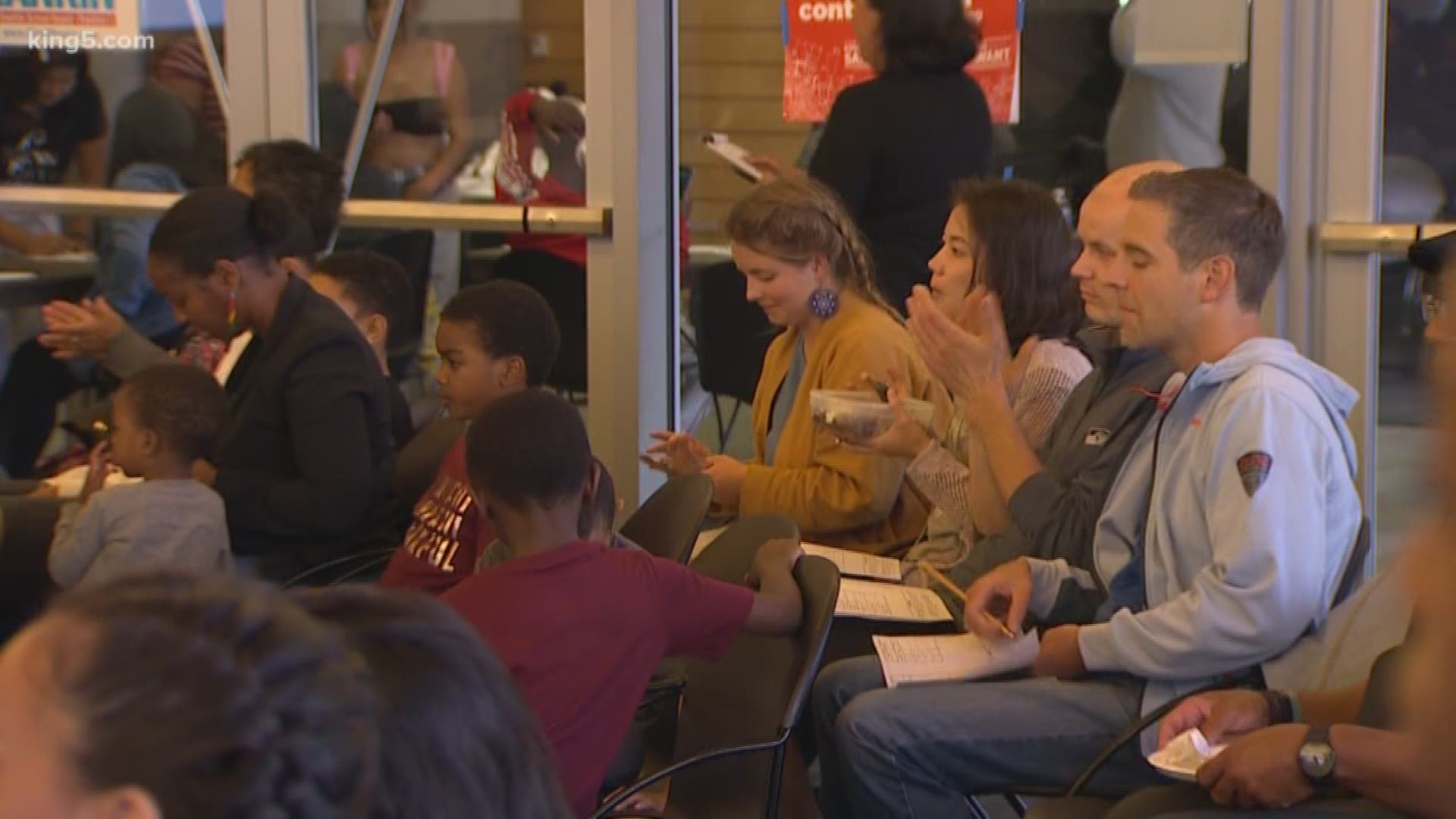 SEATTLE — Seattle City Hall was packed on Thursday, but not for the usual type of meetings.

Minority youth from Community Passageways invited several candidates for various positions to come to City Hall and answer their questions face to face.

Eric Blumhagen, who is running for a position on the Seattle Public School Board, said, "It’s the feedback we need on the board, so if we’re not hearing from people of color we’re not doing our jobs."

Blumhagen said of the many school board meetings he has attended, none of them looked like the scene he saw Thursday.

The goal of Thursday’s forum was to see how candidates would handle issues that are directly affecting youth and people they are trying to represent.

Jakari Brown helped coordinate the forum, and said he was happy to see so many candidates accept their invite.

“To form a community of youth and let these candidates know they have a youth audience that isn’t 25 and above,” Brown said.

At the forum, candidates not only had to answer the questions, but were also graded by those in attendance with a report card and emoji reaction signs.

“It is youth-led, so we gotta make it different, and make it spunky,” Brown said.

Candidate Rebeca Muniz said Thursday’s forum was even more important because of who was there.

“We need to know this is not just youth, but black and brown youth, who are the furthest from educational justice," she said.