Home prices in King and Snohomish counties in September are down about 1-2% compared to July. 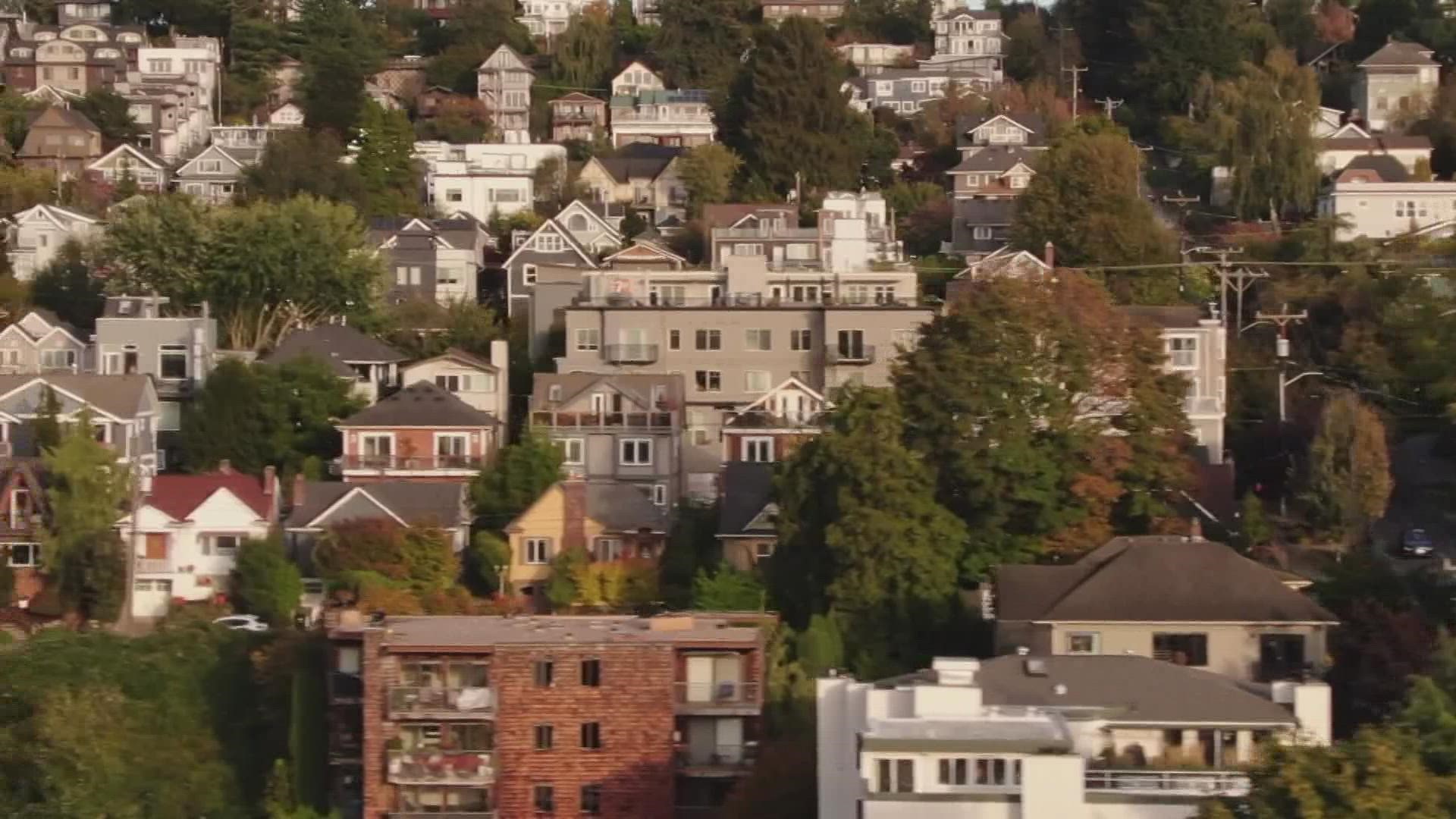 SEATTLE — People looking to buy a home in the Seattle area could face possible relief as experts say the local real estate market is showing early signs of cooling down.

But experts also say it's a "complicated" cool down. That's because buyers will still be paying more for homes than they did last year.

According to recent data from Northwest Multiple Listing Service, prices are up 19% in Pierce County and 14% in King County. It's even more for areas outside of Seattle where prices are up 24% on the Eastside.

It's an expensive picture, but compared to what Seattle saw in July, prices are down between 1-2% in King and Snohomish counties with an overall median price drop of $10,000.

And it's not just price. Inventory and the number of closings are also down from July.

Jon Bye with Jon Bye & Associates said this leveling off might not save buyers a lot of money, but it can bring fair negations back to the table.

"Paying a fair price and being able to have a home inspection and a lot of these other things that over the last couple of years you kind of had to roll the dice a little bit for a lot of people to be that winning bid," said Bye, who added  50% of his buyers gave up housing inspections in the last year.

"Before, when you had 10 offers, you would have six to eight of those be fairly normal. And then you'd have two people that would really be running the price up really high, and I think that is the stuff that we might not see as much as what we've been used to over the last year or two," Bye said.

While Bye says the dip is somewhat seasonal, he warns that once people see the market softening they could jump right back in.

"I think that we're going to have to level up. I just don't think that you can continue having, you know, 19 to 25% increases in price year over year. That's just not realistic. But I do think that people still see a lot of value in homeownership in our area," Bye said.

He also said despite the early signs of stabilization, homes are on the market for an average of five to seven days.