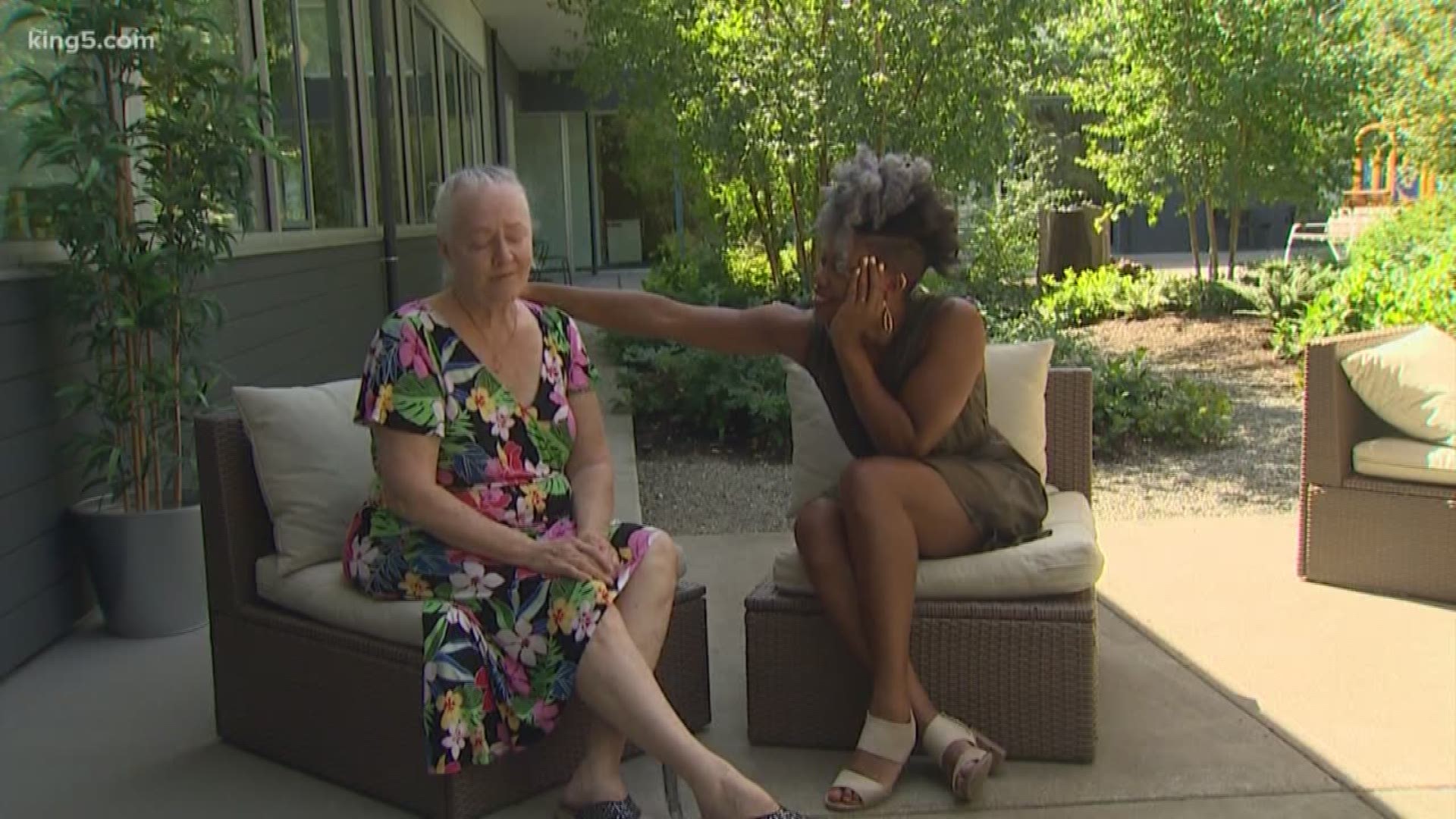 The Amara adoption agency is searching through files from 1950 to 1999 to bring light to information that never reached adopted children who are now well into adulthood. The effort has been dubbed "Project Search and Reunion." It is an unprecedented move by any adoption agency.

“Within each of these files are sometimes baby photos of an adoptee that they've never seen before," explained Angela Tucker, Amara's post-adoption director and creator of the program. "We feel that is an injustice for it to just to be sitting here. We want to get it back to whom it belongs."

Amara has been conducting adoptions since the 1920s. It has around 6,000 files stored away in a water and fireproof room, which is required by Washington state law. The law makes adoption agencies keep the records for at least 99 years, never to be seen by an actual adoptee.

Adoptees often don't know rooms like these exist at every adoption agency in the country. So, they have no idea what information they could be missing. Laws like Washington’s are similar across the country. Even though Amara cannot disclose specific information, like the names of birth parents, Amara adoption specialists can share other information that may shed light on an adoptee's past.

“Adoption practices have changed over the decades," said Tucker. "Fifty years ago, we really believed that secrecy was best for kids that were being adopted. Today, we kind of believe the opposite."

Tucker believes this information is critical to an adoptee and their families, partly because she's experienced a reunion with her birth family.

"When I found my birth parents in the state of Tennessee, I learned my birth mother's hair was graying when she gave birth to me," said Tucker. “That little nugget of information helped me understand a lot about her. That's something that many people wouldn't think is that important for me to know, but for me to know it was crucial."

Tucker sports a noticeable gray patch in the front part of her hair.

In each file at the agency, there is the adoptive family's home study which includes information prior to them adopting a child and a social worker's notes making sure they were an appropriate family for adoption. Files may also contain medical documents about the birth parents, the newborn's hospital band, a picture of the birth parents or baby, and legal documents. Amara believes that information should be shared and owned by the adoptee, at least as much as the law dictates.

For example, Amara might not be able to share the name of a birth mother, but it could share that the woman loved horses. For most people, it would be a small detail, but when a woman named Patty learned that exact detail from her file, she said it was electrifying.

"Nobody else in my family was into horses," explained Patty. "Everything clicked. It is a definite connection. I couldn't understand how anyone could not love horses, you know? My [adoptive] mom was scared to death of them."

Patty also learned that her birth father had left her a ring for her 16th birthday. Social workers forgot about the ring and it sat in Amara's file room for 60 years, until recently. Patty now wears that ring on a necklace every day.

"It was amazing," said Patty. "Even though I had hoped over the years that they wanted to be in touch with me, too. I didn't know."

"For Patty to learn this information is simultaneously amazing, and great, and tragic," said Tucker. "That tells us that he cared about her, and what a loss for him to never know that she got [the ring] and that she treasures it."

Through Project Search and Reunion, Patty also learned her birth father was killed in the Korean War, her birth mother is still alive, and Patty has biological siblings.

"I suppose it's kind of like being born again," said Patty.

Patty recently turned 69, and at the time of the interview, she wanted to legally proceed with contacting her biological family.

Amara continues to look for volunteers to help with Project Search and Reunion. The agency is also educating other adoption agencies about its groundbreaking work.

"It's an injustice that we didn't know this before, and that we had to rely on an agency to create a project that values them, that sees them," said Tucker. "Loss of control is a common denominator for adopted people. We're always waiting for others to tell us about ourselves. Most people don't have to think about the fact that they know their birthdate; that they know which hospital they were born in; that they know their birth parents' names. Those things are often taken for granted and for adoptees, it's not a right."

Click here to learn more about Project Search and Reunion.