One hiker told rescuers they ran out of food five days ago and didn't think he would survive another day. 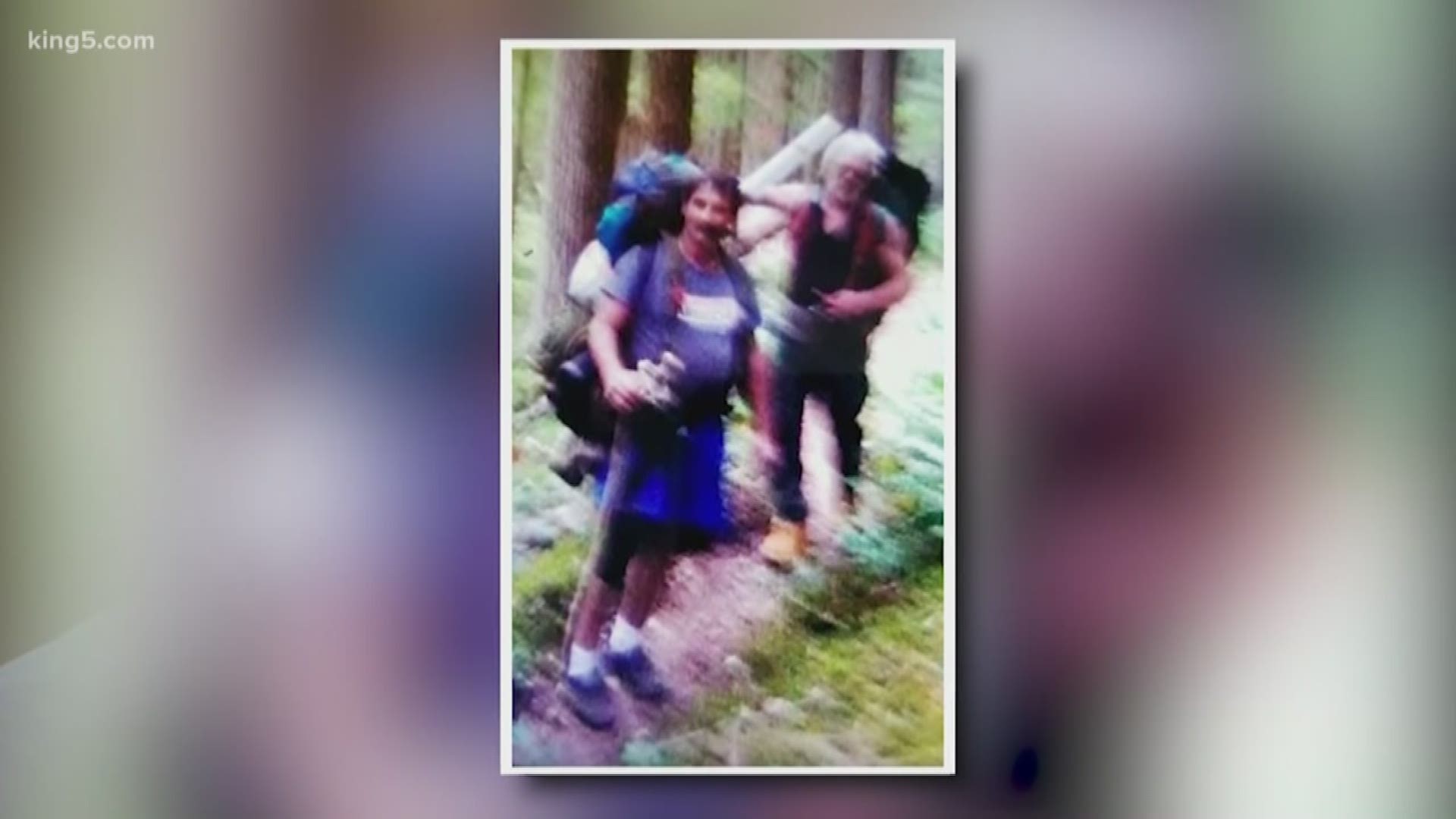 SNOHOMISH COUNTY, Wash. — The Snohomish County Sheriff's Office Search and Rescue team has found two hikers who had been missing at the Downey Creek Trail.

David James and Marshall "Buster" Cabe left on August 16 and were expected to return on August 23, the sheriff's office said, but family members said they had not heard from the pair. They called 911 Monday to report them missing.

James and Cabe had food and supplies to last them a week, family members said.

Rescuers found James first around 2 p.m. Wednesday. James said they had been out of food for five days and he didn't think he would have survived another 24 hours. James was taken to the hospital.

About an hour later, searchers found Cabe who was flown out via helicopter and taken home.

Cabe’s friend, Andy West, said it is a relief that Cabe is home.

“A lot of people were concerned, but I’ve known Buster my whole life. And Buster grew up in the good old days in Darrington, where people stilled canned everything. They picked berries. They lived off the land,” said West. “I wasn't as concerned as most people because I felt he had the skills to survive.”

“Everybody here in the community is happy. You know, here it is a tight-knit community. Everybody knows everybody, and when one of our own goes missing the whole community feels it,” said West.