Gia Fuda's car was found along Highway 2 near Stevens Pass on July 25. She was last seen the day before. 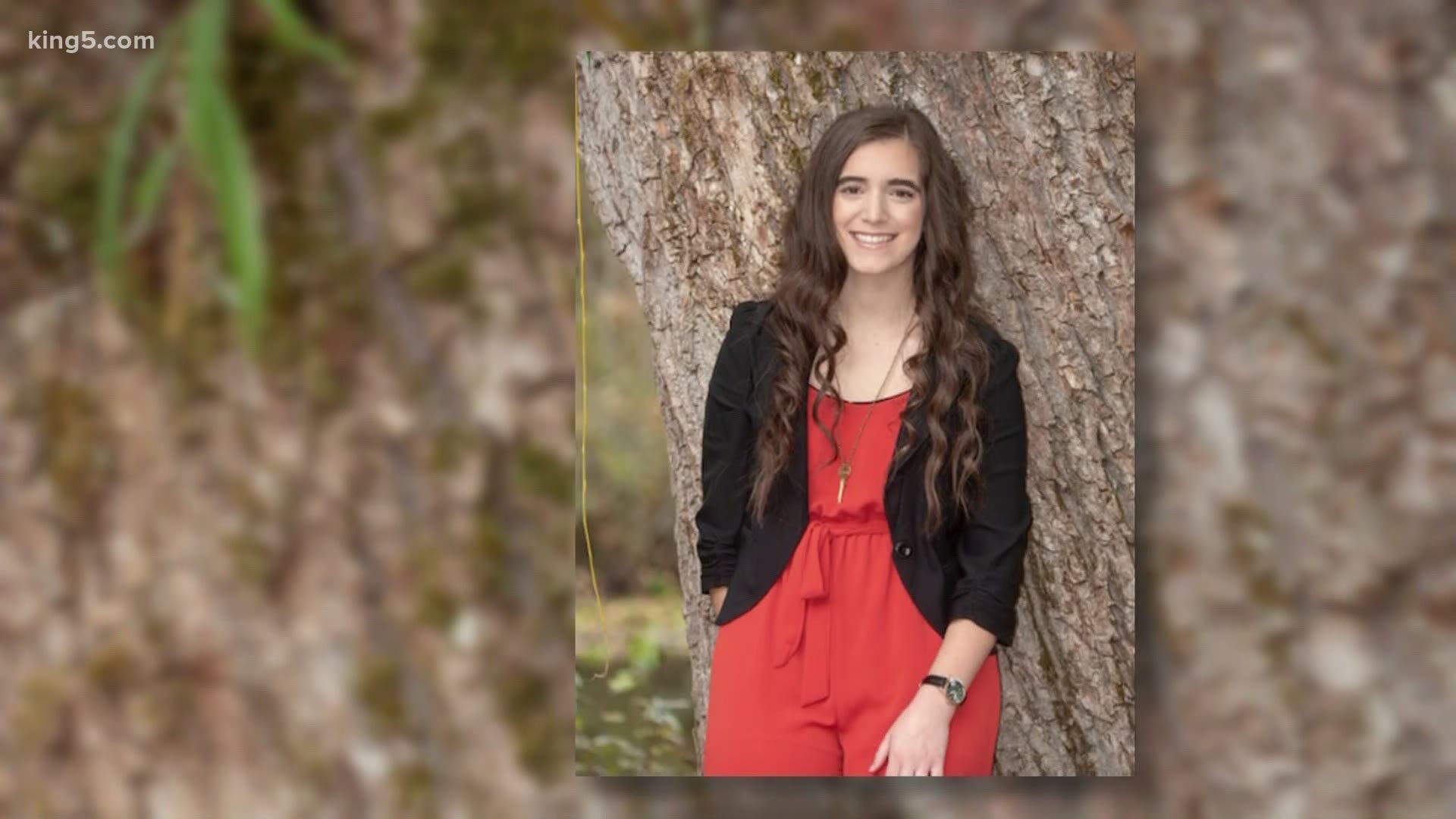 MAPLE VALLEY, Wash. — Giovanna (Gia) Fuda, 18, was last seen Friday morning when she left her Maple Valley home without telling her parents where she was headed.

Her car was found the next day along Highway 2 near Stevens Pass.

Gia graduated from Tahoma High School in June and her parents say she was taking online college courses this summer and was excited to go to college in the fall. She is a volleyball player, attends three churches and loves youth group.

“She’s very social, she loved to just get up and go, you know,” said her mother, Kristin Fuda.

“It’s like it’s not even happening. It doesn’t feel real. I mean literally, how could this happen to our daughter?” Kristin Fuda said,

Gia would often get up and go for a hike or get coffee with friends but would always tell her family where she was headed.

“After midnight she didn’t come home, we knew something was wrong because she is normally home by then or she calls us or texts us,” Kristin Fuda said.

On Friday morning, Gia’s brother saw her walk out the door carrying several bags, as if she were going somewhere to stay, according to her mother.

“She had packed, you know, so that’s just odd. He asked her where she was going, and she didn’t say anything,” Kristin Fuda said.

Saturday night Gia’s Silver Toyota Corolla was found abandoned on the side of Highway 2 near Stevens Pass.

The King County Sheriff’s Office reported her car had run out of gas, and her purse was still inside. Her phone has not been found but it’s either dead or turned off.

A red sweatshirt she was last seen wearing was located in the car, so it is believed she was wearing a grey t-shirt when she disappeared.

“We don’t have any idea where she was going. We don’t know why she as up there,” Bob Fuda said.

Search and rescue continue to search the area near where her car was found using K9s. The sheriff’s office is considering her disappearance suspicious.

Tragically, the couple lost a child 16 years ago. In 2004, Bob’s older daughter Kali Fuda was struck by a train near Golden Gardens in Seattle and died.

Gia was three years old when her older sister died.

“We’ve already dealt with something like this,” Kristin Fuda said, “It’s like déjà vu for us. She had just turned 18, also.”

The family is staying hopeful and asking for anyone with information to come forward.

“Somebody had to see her, the highway is a busy high way, there has to be someone who saw,” Kristin Fuda said. “Somebody saw a young girl walking along that road. We need that person,” said Bob. “We need witnesses,” Kristin continued.

The King County Sheriff’s Office is asking anybody who drove on Highway 2 near Stevens Pass between Friday at 10 a.m. and Saturday at 6 p.m. and may have dash camera video to contact their non-emergency line at 206-296-3311.