“It feels really good to have these new legs,” Izzy said. “They help me run faster.” 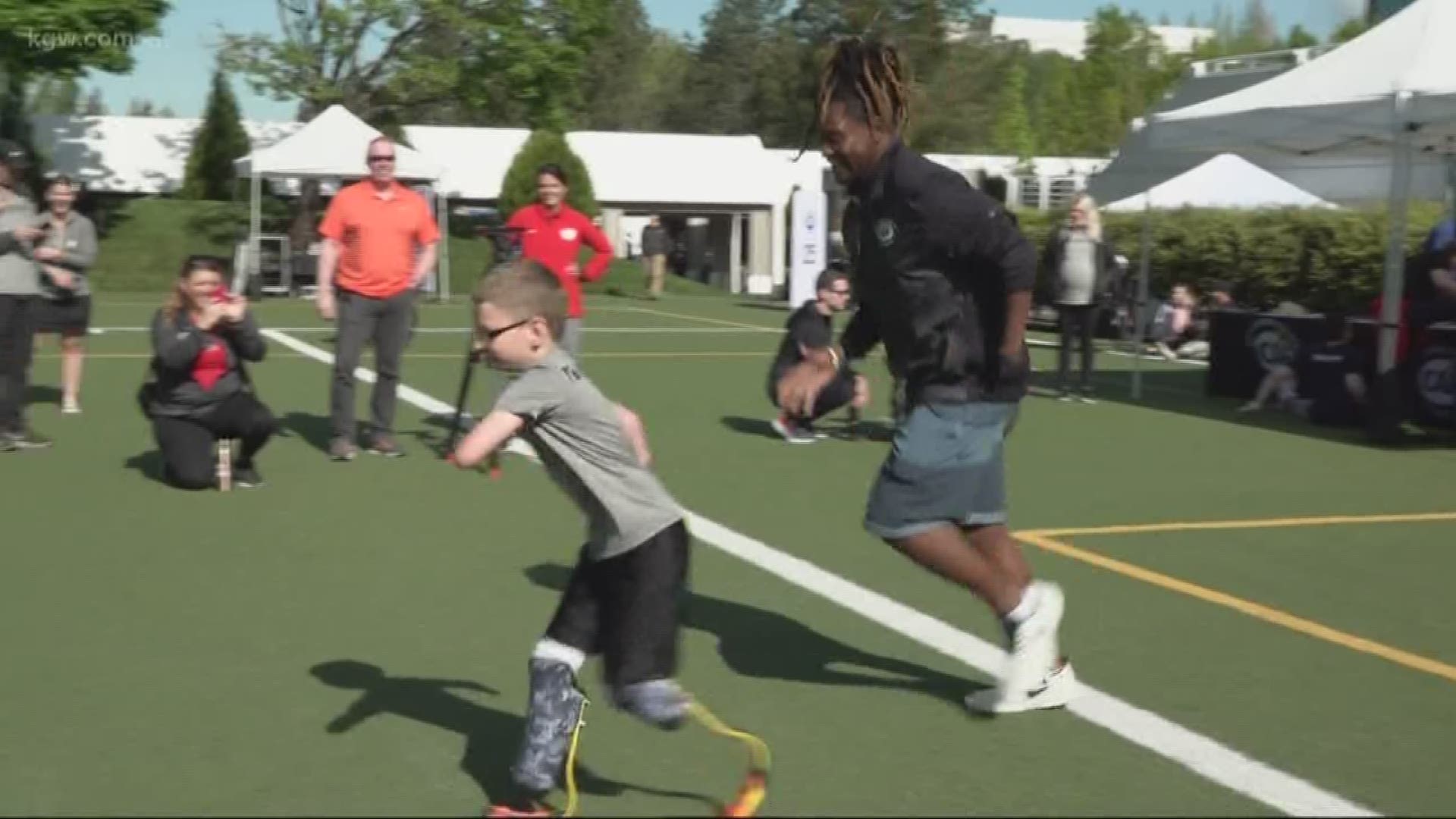 BEAVERTON, Ore. — A 10-year-old boy from Salem, Oregon has a new way to get active and play thanks in part to a special delivery from an NFL inspiration.

“It was really cool, and I didn’t think I would ever have these,” Izzy said with a big grin.

Through a partnership between Nike, the Challenged Athletes Foundation (CAF), and Ossur Prosthetic Solutions Griffin gave Izzy his new Ossur Flex-Run Junior running prosthetics ahead of an adaptive sports clinic.

“To have an opportunity to be able to run in a way that the rest of us might not even give a second thought to,” Izzy’s mom Becca Turkington said.

His family knew Izzy would be getting the customized pair of running prosthetic but having an NFL star there for the reveal was unexpected and epic.

“I mean that was just – we are big sports fans in our family,” Becca said. “We love the Seahawks and it just couldn’t have been a more exciting surprise for us.”

The first one-handed player drafted into the NFL, Griffin continues to inspire athletes of all abilities.

“You wake up in the morning – you have every choice to make. You got every decision to make and say, ‘You know what? I’m going to attack this day. I will not let the day attack me.’ So, get up, be positive, attack it, be great; because the only person that can stop you is you,” Griffin said to the crowd Saturday.

Griffin’s left hand was amputated at 4-years-old due to amniotic band syndrome. Izzy was born with quad congenital limb differences and has used prosthetics since he was 9-months-old.

On Saturday, it was hard to tell who was inspiring who.

“It feels really good to have these new legs,” Izzy said. “They help me run faster.”

Insurance doesn’t often cover running prosthetics and without customizations, they can be painful to use. That is why the gift of these new running blades means so much to the Turkington family.

“He’ll be able to run and not think about it. He won’t have to worry about what’s happening at the bottom end of his legs. He just gets to go and play. It’s going to be life-changing for him for sure,” Becca said.

Izzy’s donated running prosthetics were made possible through the 25-year partnership between Nike and CAF.

Saturday was one of several clinics put on through the partnership where adaptive athletes teach others with diverse abilities how to move, run, and play.

“This is really where a lot of people take those first steps and learn how to run,” Paralympian and Para triathlete Sarah Reinertsen said. “Whether you want to learn how to run or dunk hoops, or rock climb or swim or play volleyball we really get your start in sport.”