Sea-Tac Airport's key North Satellite, home to Alaska Airlines, hit a new milestone as ironworkers topped out the structure for a revitalized and expanded terminal. 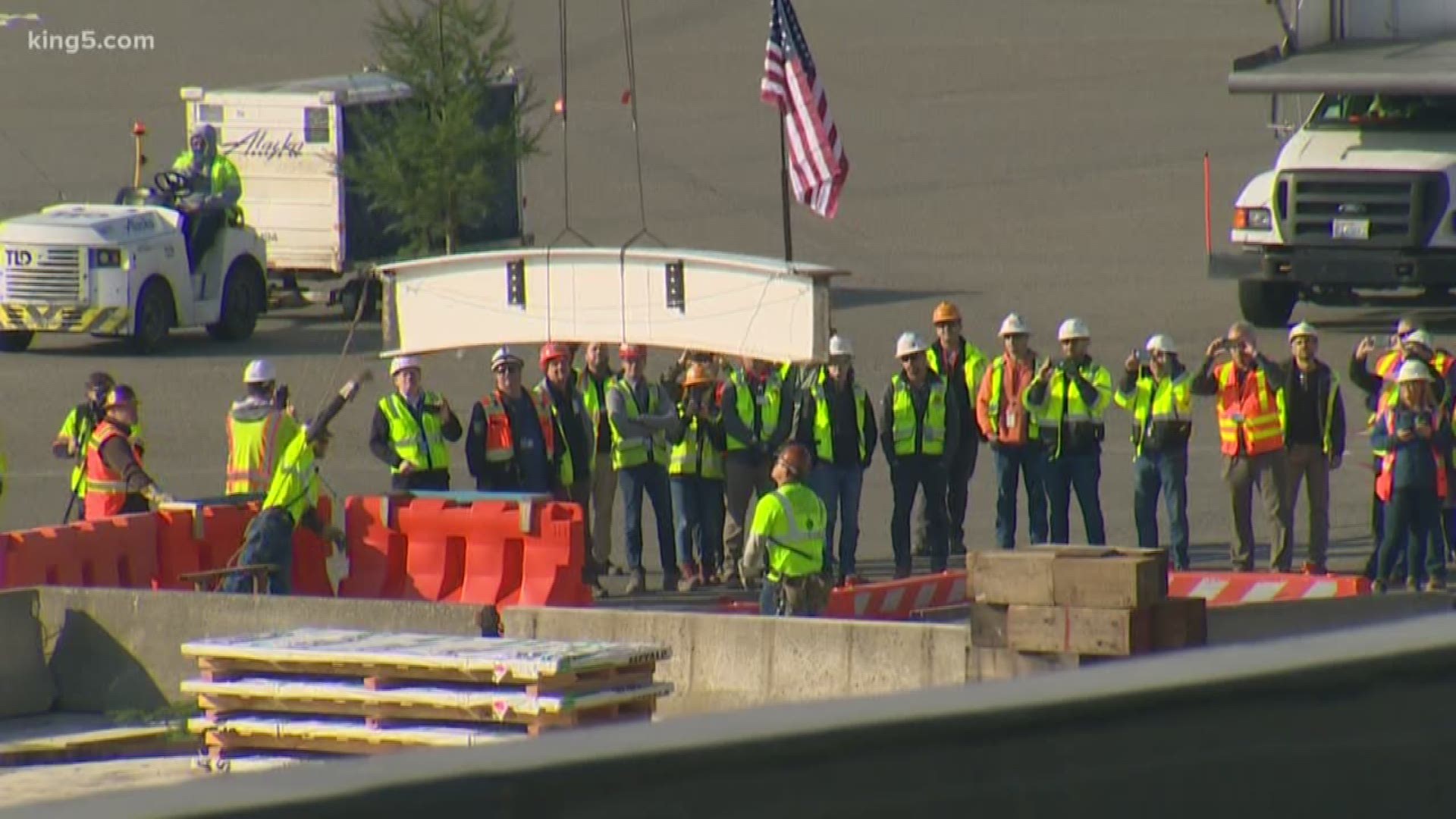 A 260-foot crane placed the highest steel beam on the building.

Originally built in 1973, Sea-Tac Airport was designed to handle about 5.2 million passengers a year. Soon it will be 50 million.

An extended portion of the $672 million facility opened in July. That extension includes eight new gates, an Alaska Airlines lounge, restaurants, shops and even award-winning restrooms.

RELATED: Sea-Tac Airport launches first-ever US program to aid those with hidden disabilities

The old North Satellite is now completely gutted. It is being widened, and portions of its roof raised. When complete, it is scheduled to open in late summer or early fall 2021. 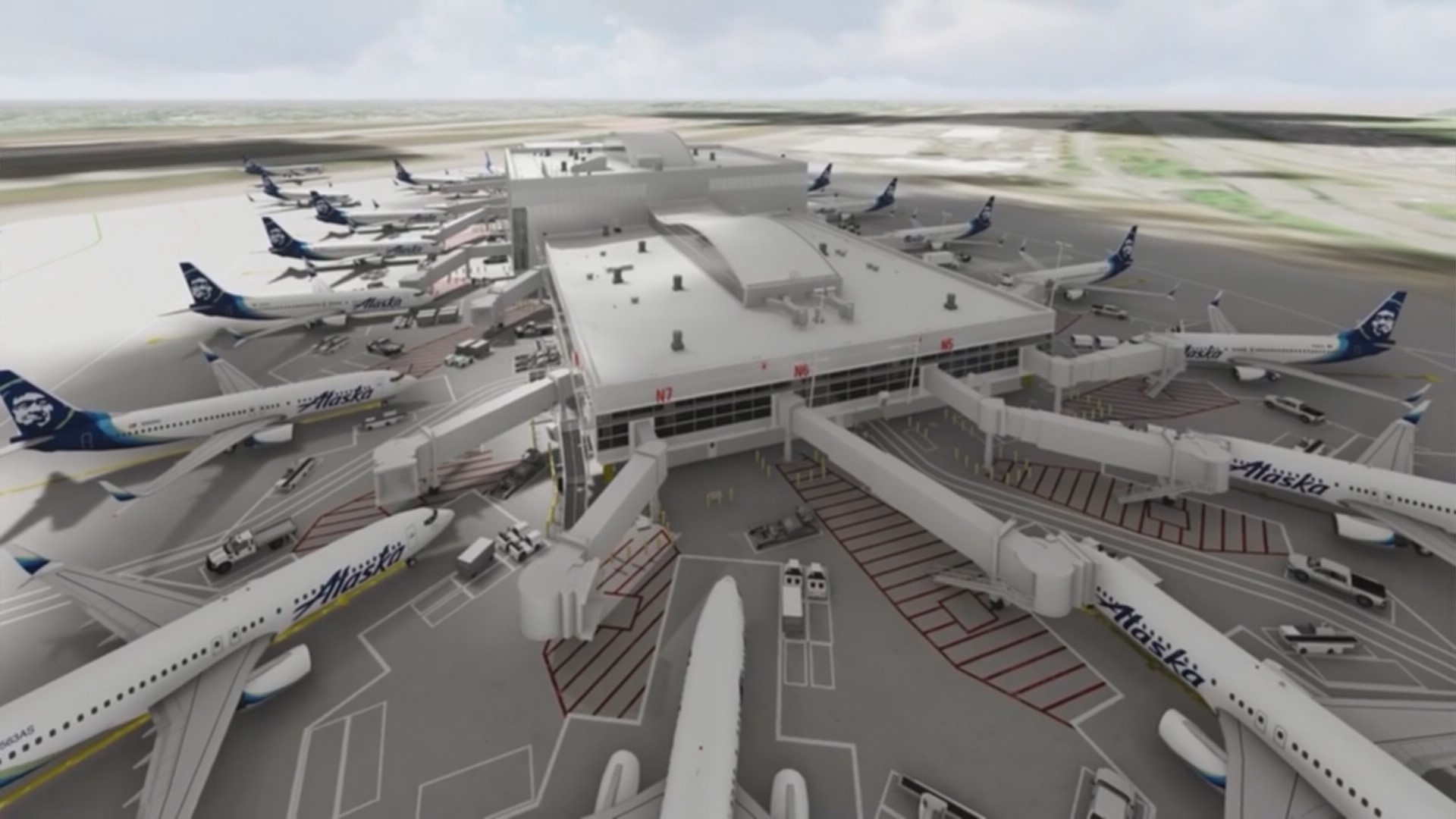