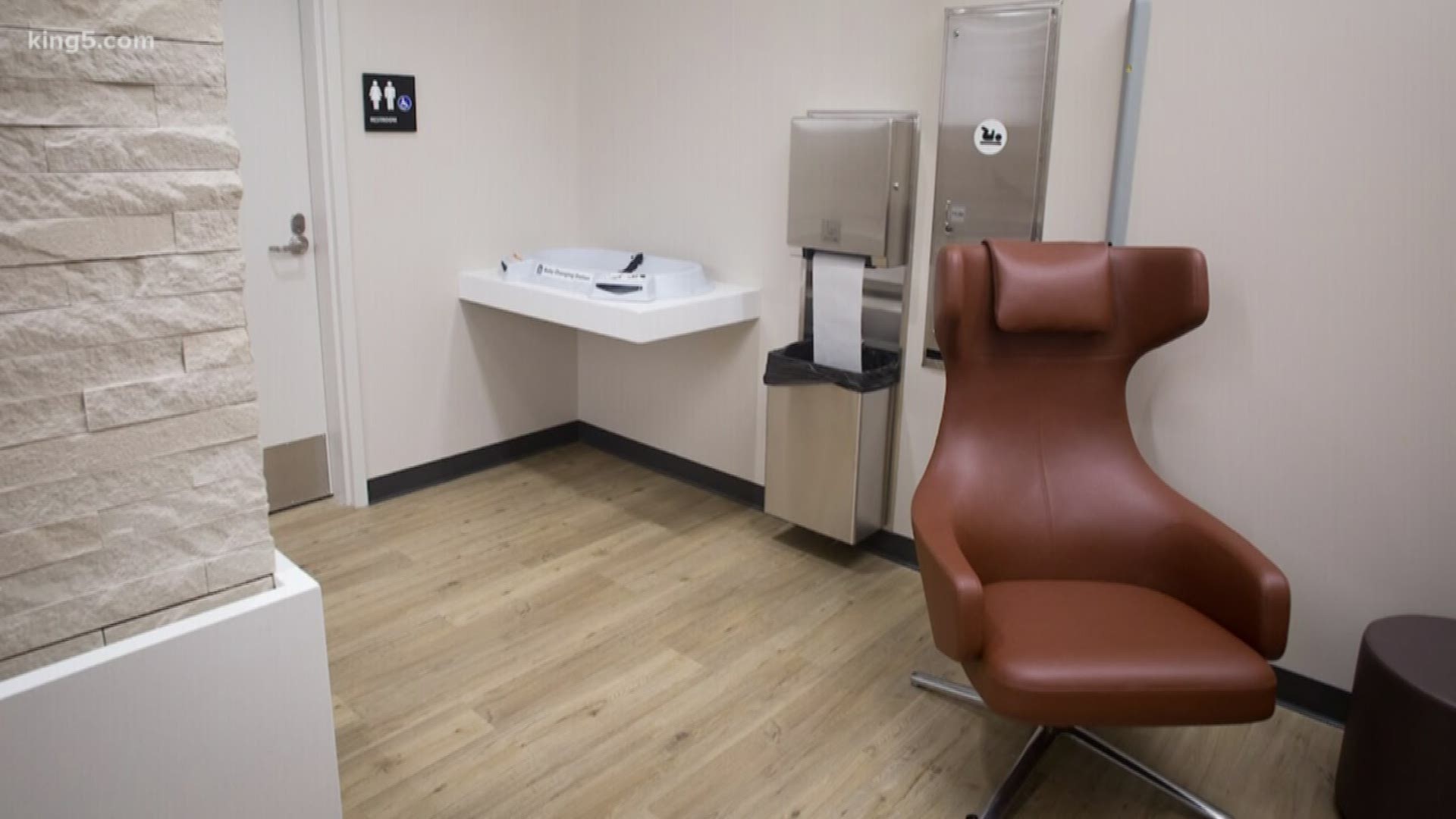 SEATTLE — Traveling moms now have another option to breastfeed or pump while at Sea-Tac Airport.

The airport shared photos Monday of a new nursing suite in the North Satellite that includes about 450 square feet of space dedicated to breastfeeding moms.

Sea-Tac says it is one of the only airports in the country to offer a nursing suite of this caliber to multiple people. The nursing suite was unveiled last month.

“I’m really excited, because we went with a spa-like theme, and we wanted to bring the experience for the traveling mother up to a nicer level,” Collette Deardorff, a project manager with Port of Seattle, said in a Facebook live last month.

The suite, which is located on the mezzanine of the North Satellite, features three private nursing areas that can be curtained off as well as two lounge areas, a dedicated restroom, and sinks with filtered water to clean equipment. Each private suite also has a charging station and dimmable lighting.

Deardorff said she looked at a lot of mom blogs while the team designed the space to see what nursing mothers wished airports would provide. Those details included full-size mirrors and blow dryers to clean up spills or a wet shirt.

“We were really trying to be collaborative and bring in as much stuff as we could,” Deardorff said.

The North Satellite mother’s room is generally open from 4 a.m. to 11 p.m., but Deardorff said it won’t close up for the night until Alaska Airlines flights are finished.

The new mother’s room is part of the airport’s North Satellite modernization project, which expands and renovates the 45-year-old facility. The first phase of the new facility opened in July, and the project is expected to be completed next spring.

If you aren’t flying out of the North Satellite, Sea-Tac also offers Mamava nursing pods throughout the airport, which offer a private place to pump. Nursing areas can be located on the airport’s interactive map by searching for “nursing mother’s suite.”