The new aerial walkway is one of the largest clear-span structures in the United States, according to Port of Seattle officials. 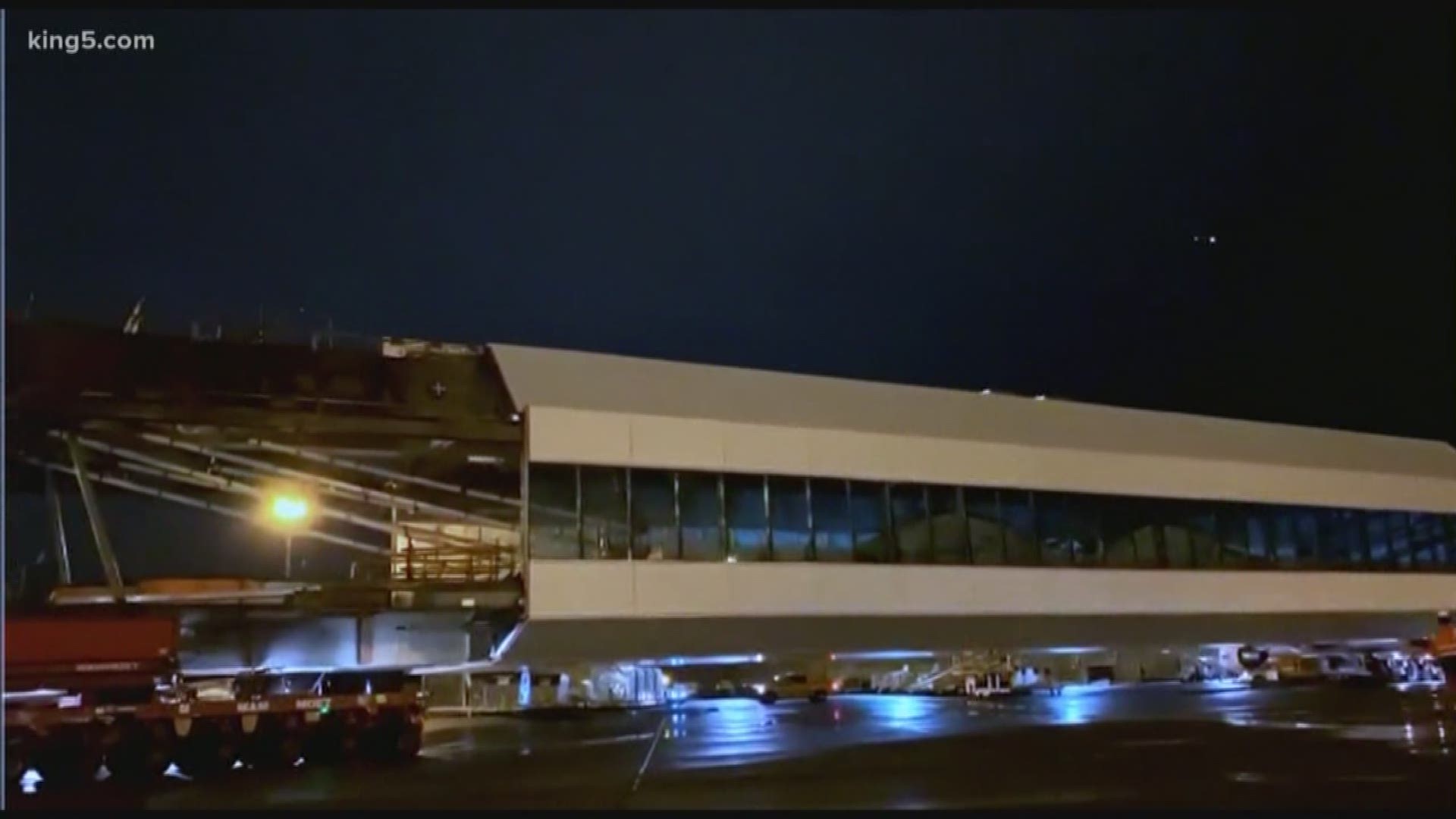 The new center span of the aerial walkway was loaded onto remote-controlled transporters in the overnight hours this week and taken two miles to its new site. It was put into place early Saturday morning.

Contractors, project managers and Port of Seattle staff have been working around the clock to make this engineering feat happen.

See raw footage from Port of Seattle of the move: 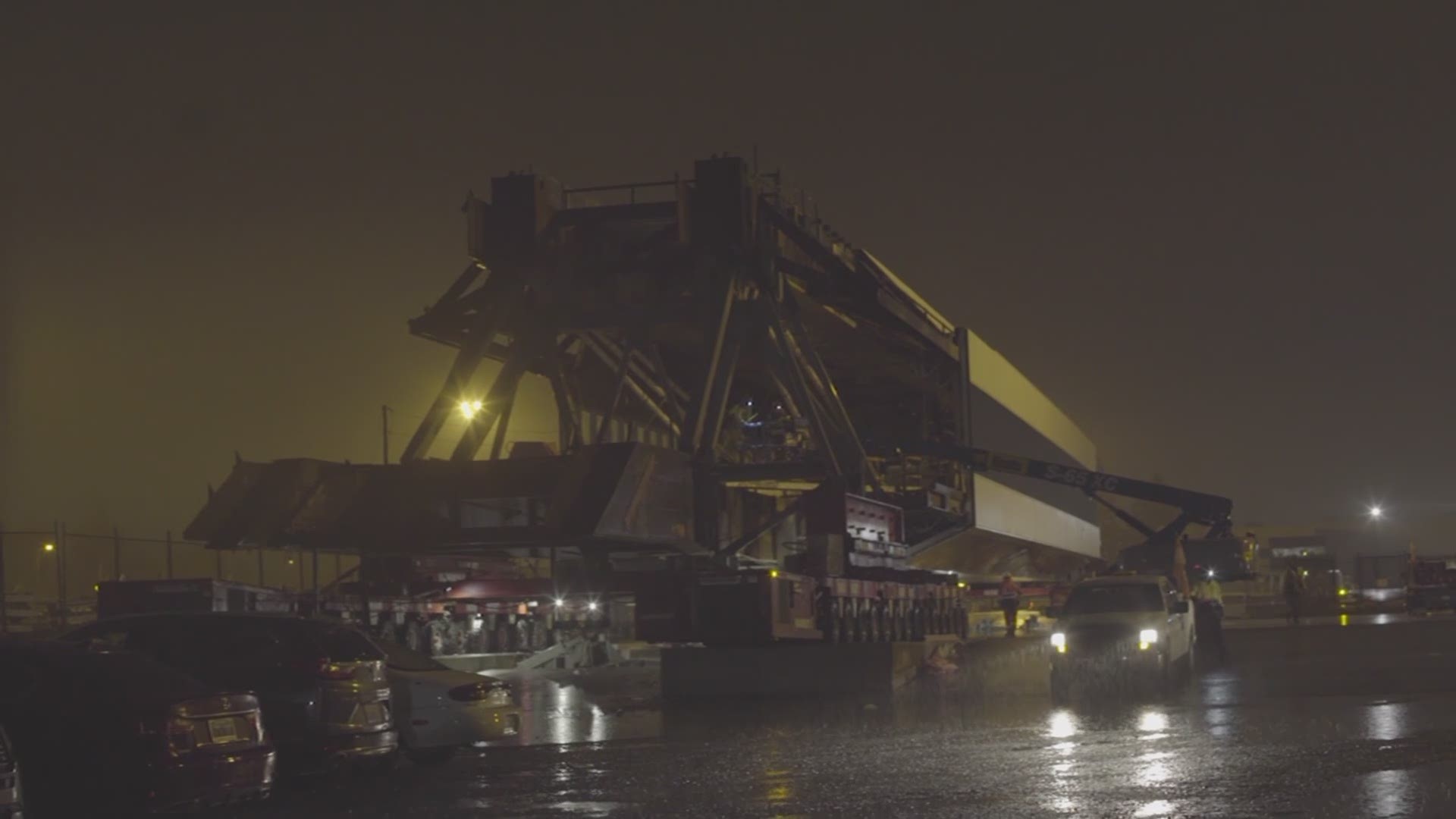 The pedestrian walkway will sit above a taxiway and it's clear, so passengers will be able to see planes right beneath their feet.

It’s one of the largest clear-span structures in the United States, according to Port of Seattle officials.

The walkway weighs as much as 14 blue whales and when stood end to end will surpass the Space Needle by 150 feet, officials said.

The new International Arrivals Facility is expected to double the number of international flights and destinations over the next 25 years.

RELATED: Why passengers won’t be screened for coronavirus at Sea-Tac Airport