FAA says US airports will get $8 billion in pandemic relief 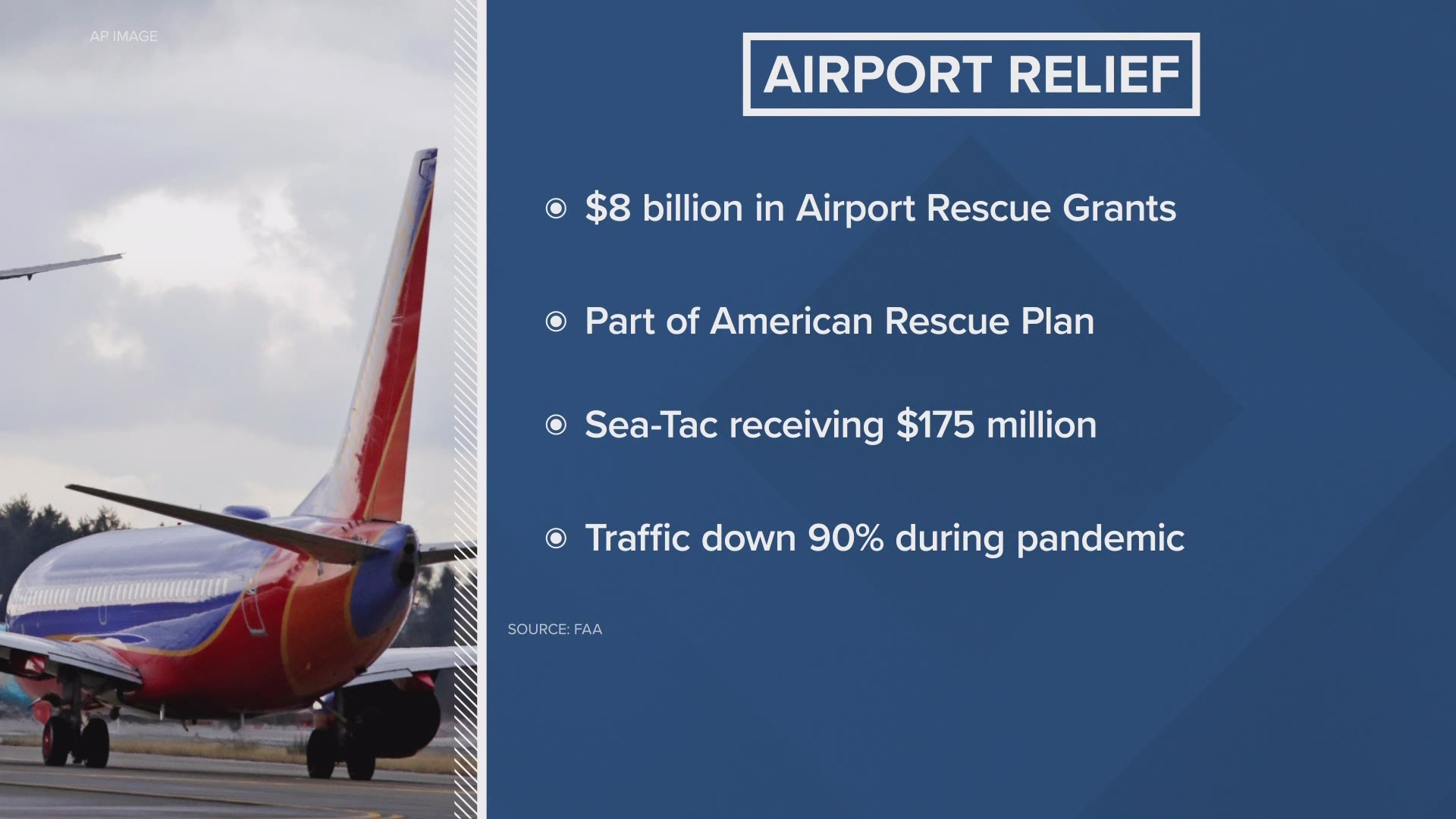 SEATAC, Wash. — Airports around the country, including the Seattle-Tacoma International Airport, will share $8 billion in federal grants to help them recover from the pandemic, which caused a steep drop in air travel and a loss of revenue that airports expect from airlines and passengers.

Most of the money will go to big airports with commercial airline service. They will share $6.5 billion based on the number of passenger boardings, plus another $800 million to offer rent relief to companies that operate concessions such as food and retail outlets in terminals.

Airports must keep at least 90% of the workers they had before the pandemic to receive one of the grants, which will handled by the Federal Aviation Administration (FAA).

Congress approved the money as part of a pandemic-relief measure that President Joe Biden signed in March. The Biden administration said the grants would protect airport jobs and construction projects as travel recovers.

There are nearly 500 commercial airports in the U.S., according to an industry group, Airports Council International-North America, and the group projects that they will lose more than $40 billion from the pandemic by next March.