550 pounds of trash, including 9 scooters removed from Tacoma's Commencement Bay 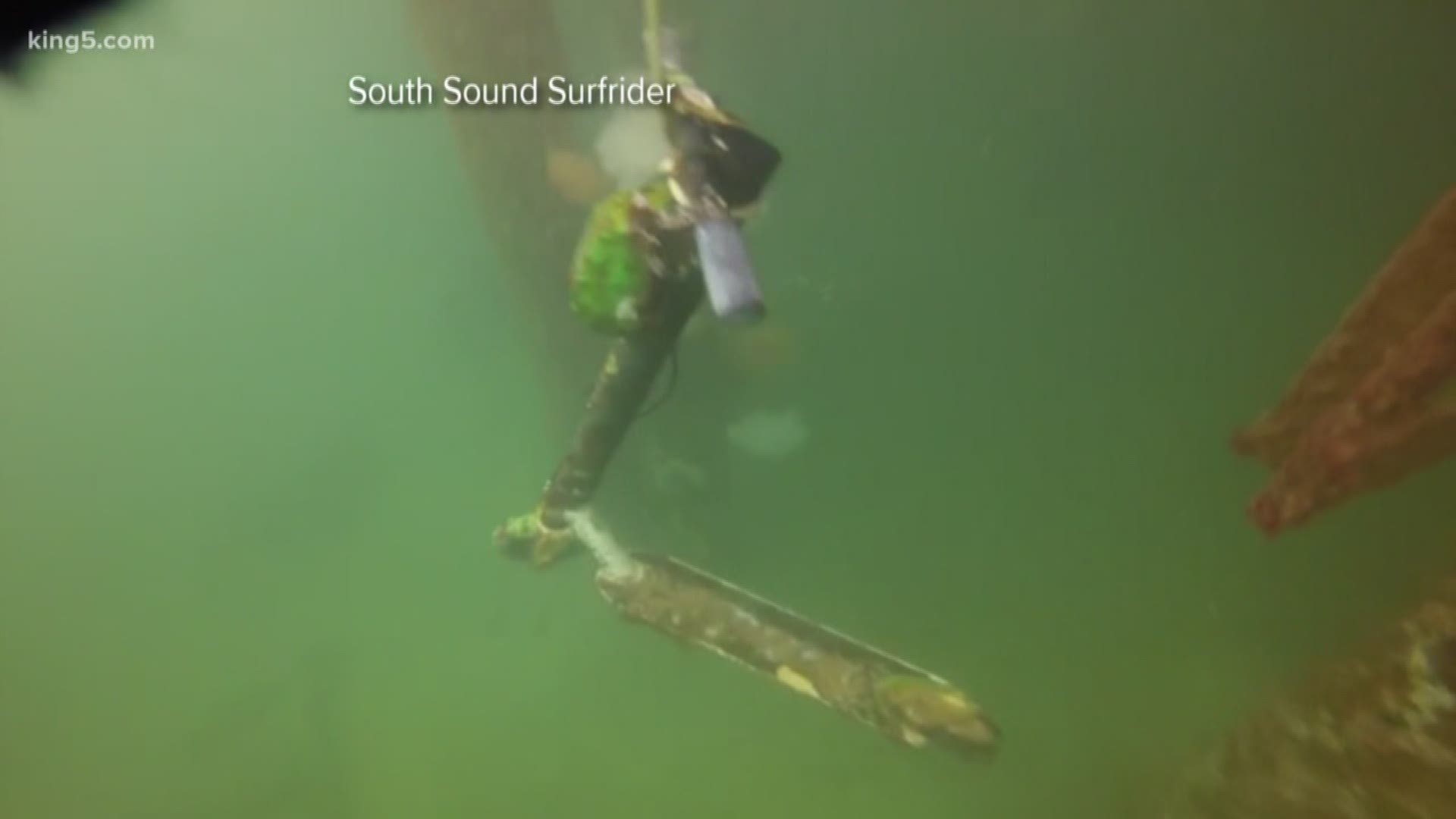 Five scuba divers from the group jumped into the water to help and made a surprising discovery in the process.

Besides all the garbage, it looked like a parking lot of sorts for scooters.

“Nine Lime scooters we brought up, with quite a few still down there,” Vice-Chair Riley Haizlip explained.  “It was just along that one spot -who knows how many more are there along that very accessible waterfront - so it was really troublesome to see all of those down there.”

Volunteers say it was almost disturbing how the wildlife had tried to adapt.

“We had all kinds of crustaceans and bivalves. We had some octopuses that had taken refuge in some of the wheel wells,” Haizlip explained. They returned the wildlife to water and contacted Lime to come and get their scooters.

The discovery comes as Seattle prepares to test the waters with scooters. In paperwork posted in December, city officials said they don't believe scooters will have “a significant adverse impact on the environment.” The Seattle Department of Transportation says nothing is finalized, but the new program will likely require companies to collect scooters that are improperly parked.

A company spokesperson said that's likely because they have paused their scooter operation for the winter and may have had to send personnel from out of the area. Lime says less than 1% of their scooters go missing around the world and they are committed to being good stewards of the environment.

The spokesperson said if the company knows the scooters are in the water, they will be retrieved. The statistics for how many are missing in Tacoma were not available.