It’s exceptionally rare to see an intact blue whale carcass wash ashore. The only other documented case happened 200 years ago, during Lewis and Clark's expedition. 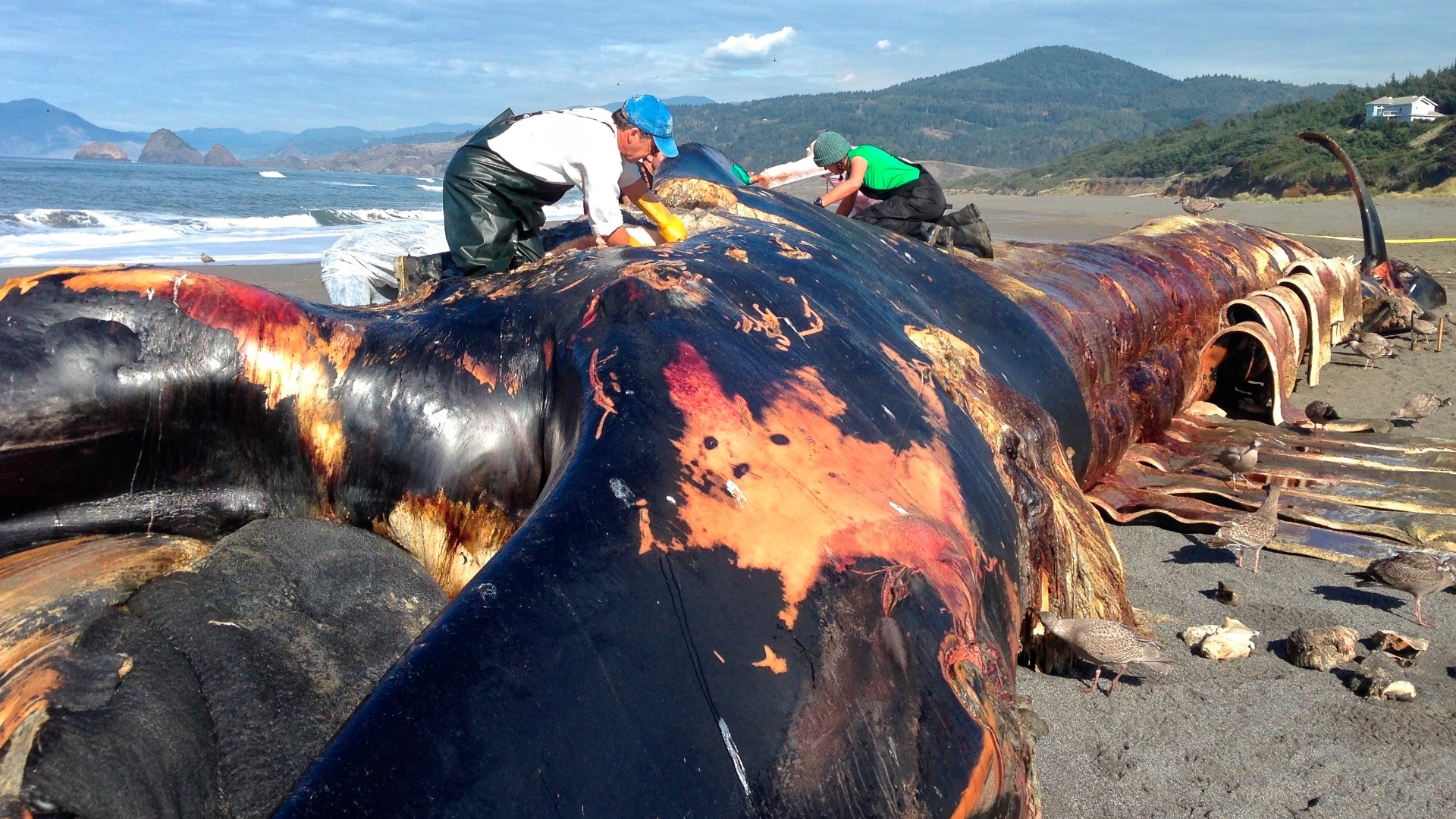 PORTLAND, Ore. — The carcass of a giant blue whale that has been submerged off the Oregon coast for more than three years was hauled to the surface so it can be reassembled, studied and put on public display, scientists with Oregon State University said Friday.

The dead whale, which was about as long as two school buses, washed ashore near Gold Beach, Oregon, in 2015.

It’s exceptionally rare to see an intact blue whale carcass wash ashore. The only other documented case happened more than 200 years ago, said Bruce Mate, emeritus director of Oregon State University’s Marine Mammal Institute. That’s when the Lewis and Clark expedition traded with a local tribe for blubber in 1806 when what is believed to be a blue whale washed ashore near modern-day Cannon Beach, Oregon.

Blue whales are the largest animals that have ever lived on Earth, even bigger than the largest dinosaurs, Mate said.

“We have blue whales offshore every year, but they are typically a deep-water animal, farther offshore — 10 miles or more,” he said. “When they do die, the usually sink to the bottom rather than wash up on the beach.”

Seeing an opportunity, scientists removed 58 tons of flesh from the 2015 carcass and then placed the bones in the water off Newport, Oregon, so underwater scavengers could pick them clean. The bones were placed in huge nets and submerged with weights in Yaquina Bay with the help of a technical dive team from the Oregon Coast Aquarium.

All 365 of those bones were brought back to land Thursday, including 18-foot-long mandibles and a skull weighing 6,500 pounds, according to a statement from the university.

The bones will be transported to a nearby warehouse, and the university is asking for local volunteers who can help them remove oil and fat from the bones, Mate said. The process of cleaning and reassembling the giant whale will take about a year, he added.

“We’ve got a bunch of work to do to get everything cleaned up,” Mate said. “It’s critical to get the oil out of the bones to help preserve the skeleton and keep it from becoming rancid.”

Once reassembled, the skeleton will go on display at the new marine studies building under construction at the Hatfield Marine Science Center in Newport.

When they removed the flesh from the whale in 2015, the Oregon State team found patterns of bruising from burst blood vessels on the side of the creature’s head, indicating it had been alive when it was hit by a large ship and died.

The ship strike “was just the thing that knocked it off in the end. It was already in bad health,” he said.

Blue whales are common off the Oregon coast. But because they stay so far offshore, gray whales and humpback whales more commonly wash up on beaches. 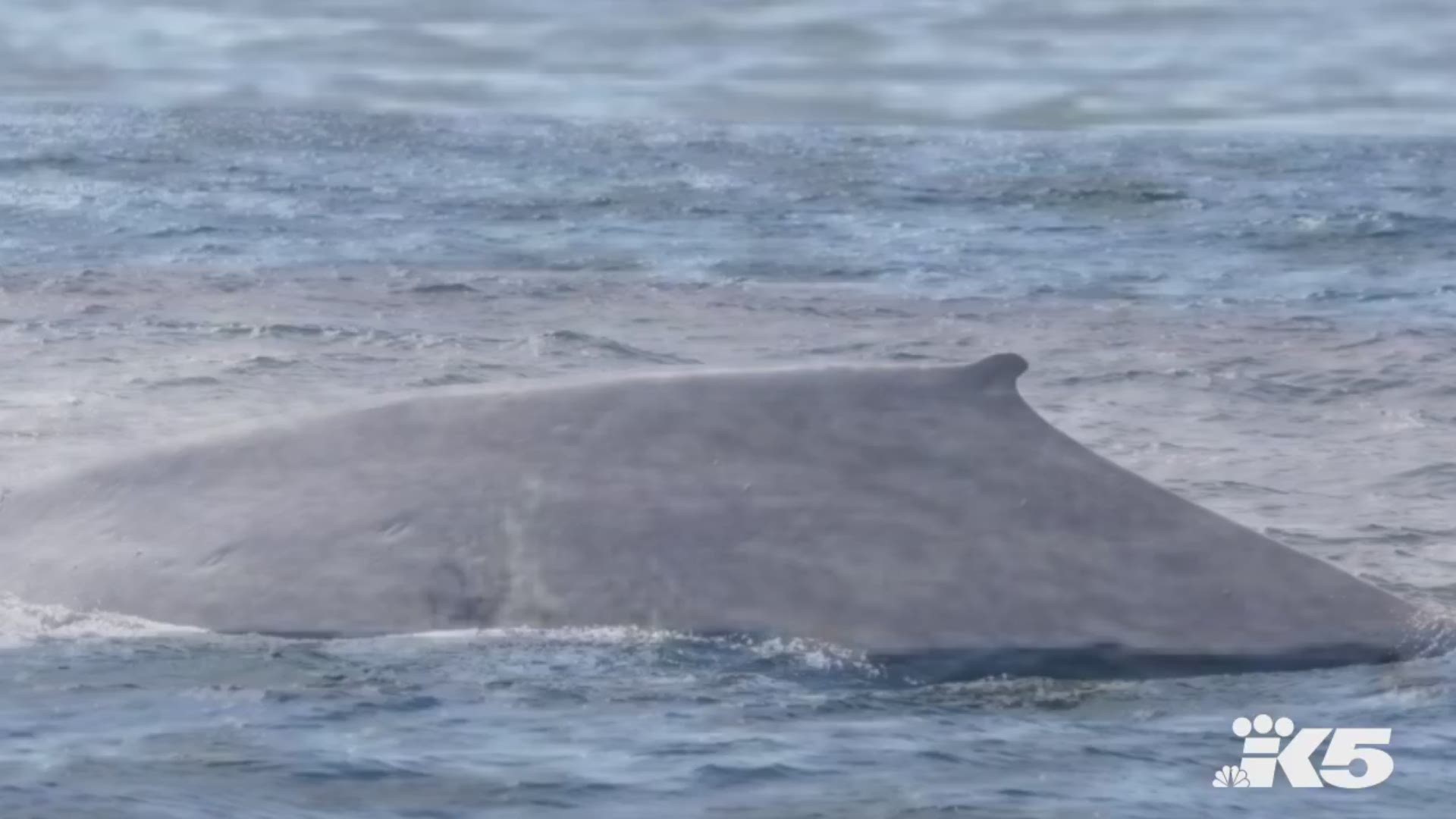