Scientists study Puget Sound tsunami risk by digging into the past 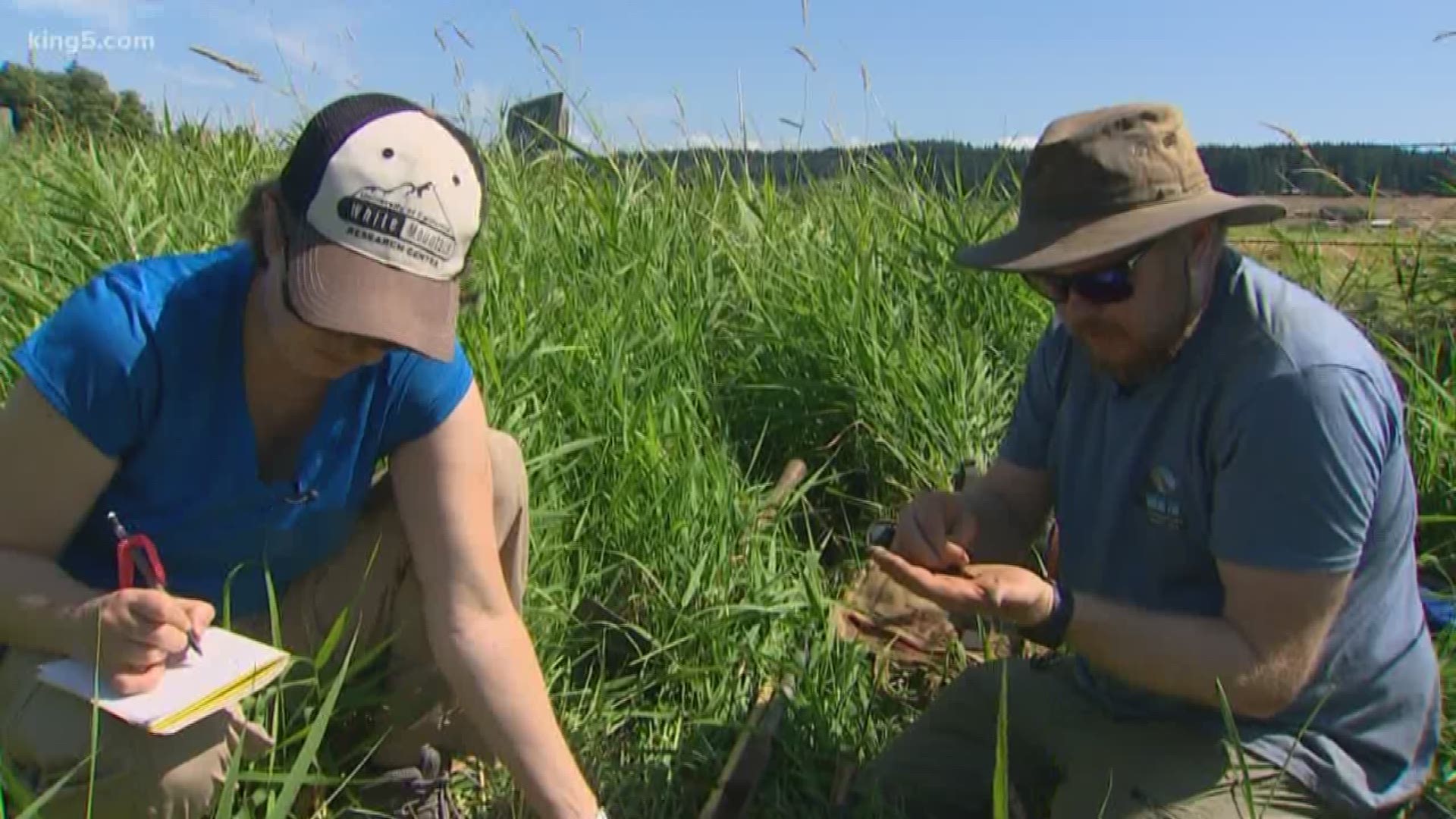 CLINTON, Wash. — A pair of geologists in Washington are studying past tsunamis to better understand how they could affect us in the future.

Washington's tsunami threat comes from several sources, but the main one is known as the Cascadia Subduction Zone.

It's a 700-mile long fault running off the Northwest coast where the North American continent is locked into a series of small tectonic plates forming to the ocean floor. The ocean floor moves slowly and creates pressure against the continent causing the Washington coast to move to the northwest and be lifted up.

It's expected to be devastating when the earthquake that drives it strikes again.

RELATED: Science behind Western Washington wildfires and how climate change may play a role

There are other threats as well, some running east-west across Puget Sound and our inland waters.

Thrust faults, such as the Seattle Fault, are believed capable of generating smaller but also deadly and destructive tsunami’s within Puget Sound.

Bre MacInnes, an associate professor of geological sciences at Central Washington University, along with graduate student David Bruce, are studying the Seattle Fault.

The pair drilled holes and took core samples of mud from a marsh near Deer Lagoon at the southern end of the island. Some of those samples show light gray layers of sand in between layers of mud. It is an indicator a powerful wave or that waves drove sand from elsewhere into the back reaches of the marsh.

By examining samples, MacInnes and Bruce are able to help determine just how powerful a tsunami was that struck the island, particularly from a quake on the Seattle Fault, believed to have happened about 1,100 years ago.

“You can maybe plot the change over distance and get how large the flood was and how fast the water moved, and that’s one thing we’re hoping to find evidence of,” said Bruce.

The marsh near Deer Lagoon has been preserved in part because it's been behind a dike for perhaps as long as a century.

Once a core is pulled up, Bruce will examine the grains of sand using a magnifying glass to tell if they are round or angular, which can help him determine their origins.

The grains that don't match the sand in the area are transferred to a half-pipe, wrapped in cellophane, and sent to a lab to be studied later.

Over time, MacInnes and Bruce hope to build a picture from those cores to tell a story of the marsh and better assess our risks from east-west fault zones.

“There’s a lot to do in Puget Sound, we don’t really know very much about Puget Sound," said MacInnes. "The Seattle fault being what we probably know most about."