Some of the coldest temperatures of the season are in store for the Puget Sound lowlands on Tuesday. 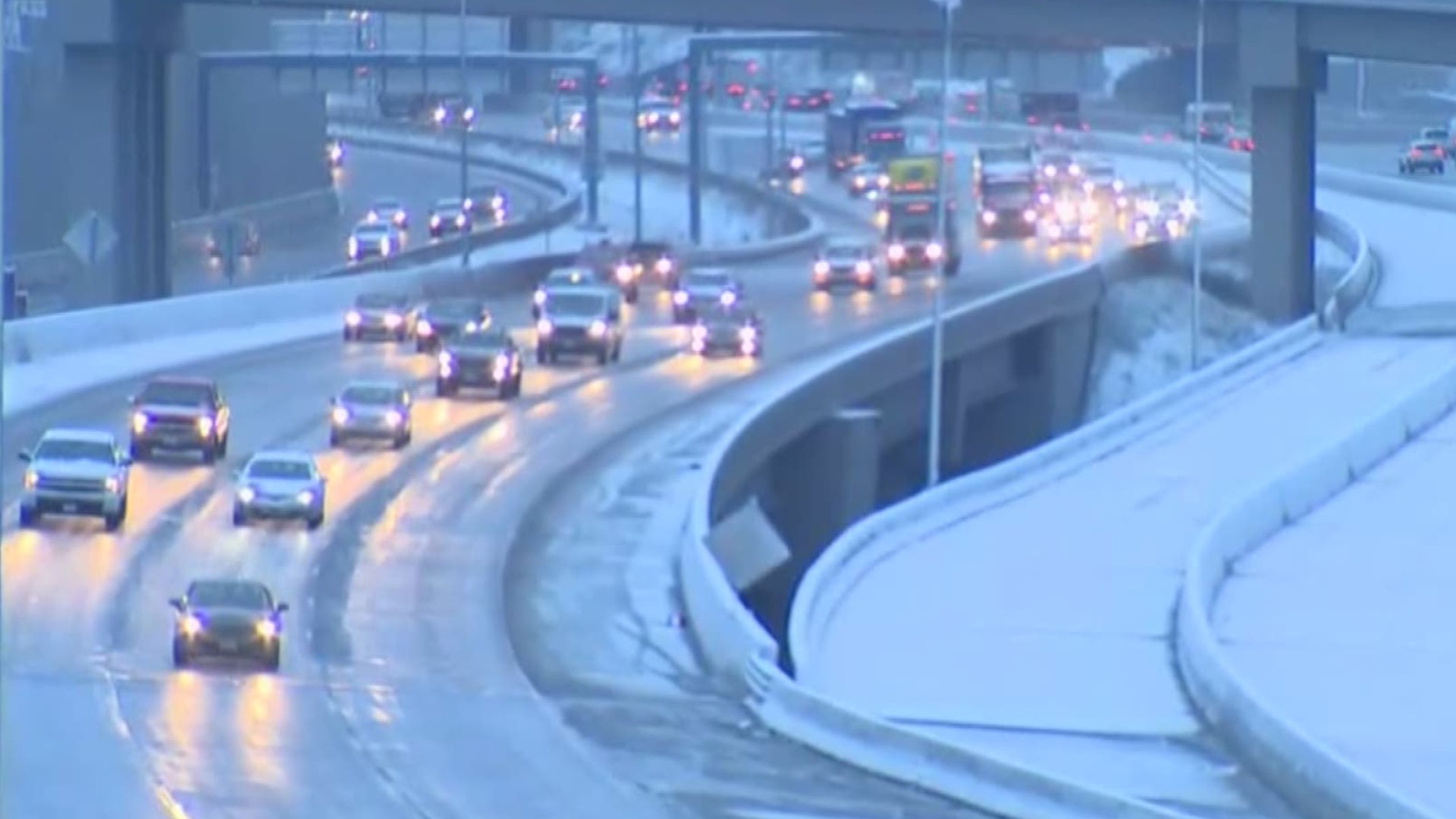 Over 270 schools canceled or delayed the start of class Tuesday as exceptionally cold weather settled into western Washington.

Tuesday is expected to be the coldest day of the week with daytime highs struggling to get above the low to mid-30s.

Washington State Patrol (WSP) troopers are warning drivers to take it slow due to wet and icy roads. Several accidents were reported across the Puget Sound region as drivers started their morning commute.

A jack-knifed semi caused traffic issues on State Route 167 near the Jovita Boulevard exit. WSP said a vehicle lost control due to slick conditions and the semi tried to avoid the vehicle. Two people were injured. 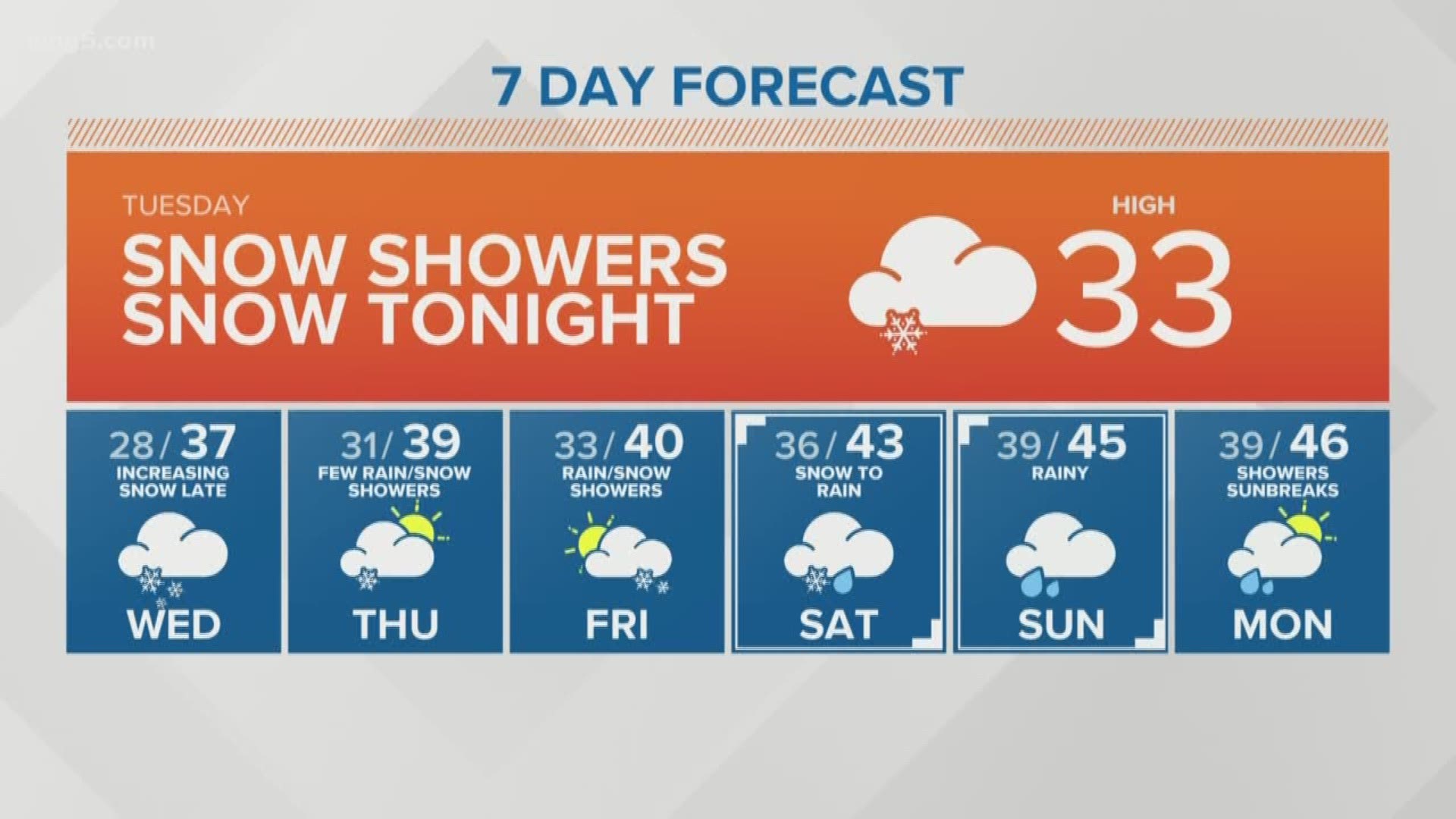 Other accidents were reported across the Puget Sound region including on I-5, I-90, and I-405. KING 5 crews saw snow plows treating roads, but some interstates were still slick due to snow and ice.

Drivers faced dangerous conditions over Snoqualmie Pass on Tuesday. Heavy snow created whiteout conditions, and driver crashed because they couldn't see, according to WSDOT. Over the last four days it snowed 66 inches at the pass.

Westbound I-90 was closed for nearly five hours Tuesday at milepost 106 due to a jackknifed semi, according to the Washington State Department of Transportation. The interstate reopened around 10:30 a.m.

A band of heavy snow is expected to develop over the Olympic Peninsula and Puget Sound Tuesday evening and move north into Canada Tuesday night into Wednesday, according to the National Weather Service (NWS). Most snow will fall after the evening commute.

Snow totals from Tuesday night through Wednesday will vary from 2-6 inches on the Kitsap Peninsula and areas north of Seattle. The South Sound is expected to get less than 1 inch of snow, according to the NWS.

Also see | Why do bridges and overpasses freeze before roads? 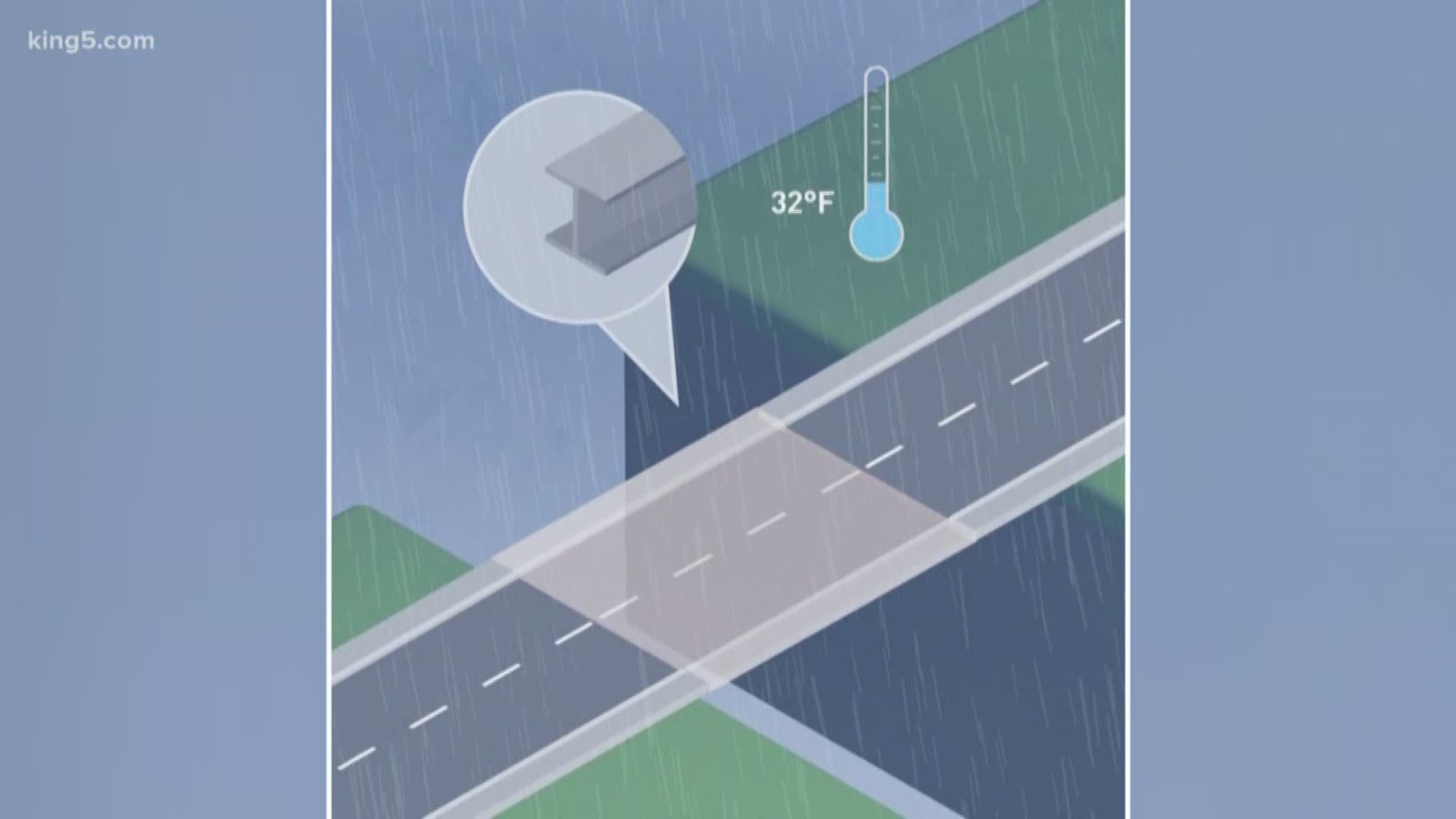