While some small business owners worry about securing relief, others have some words of wisdom. 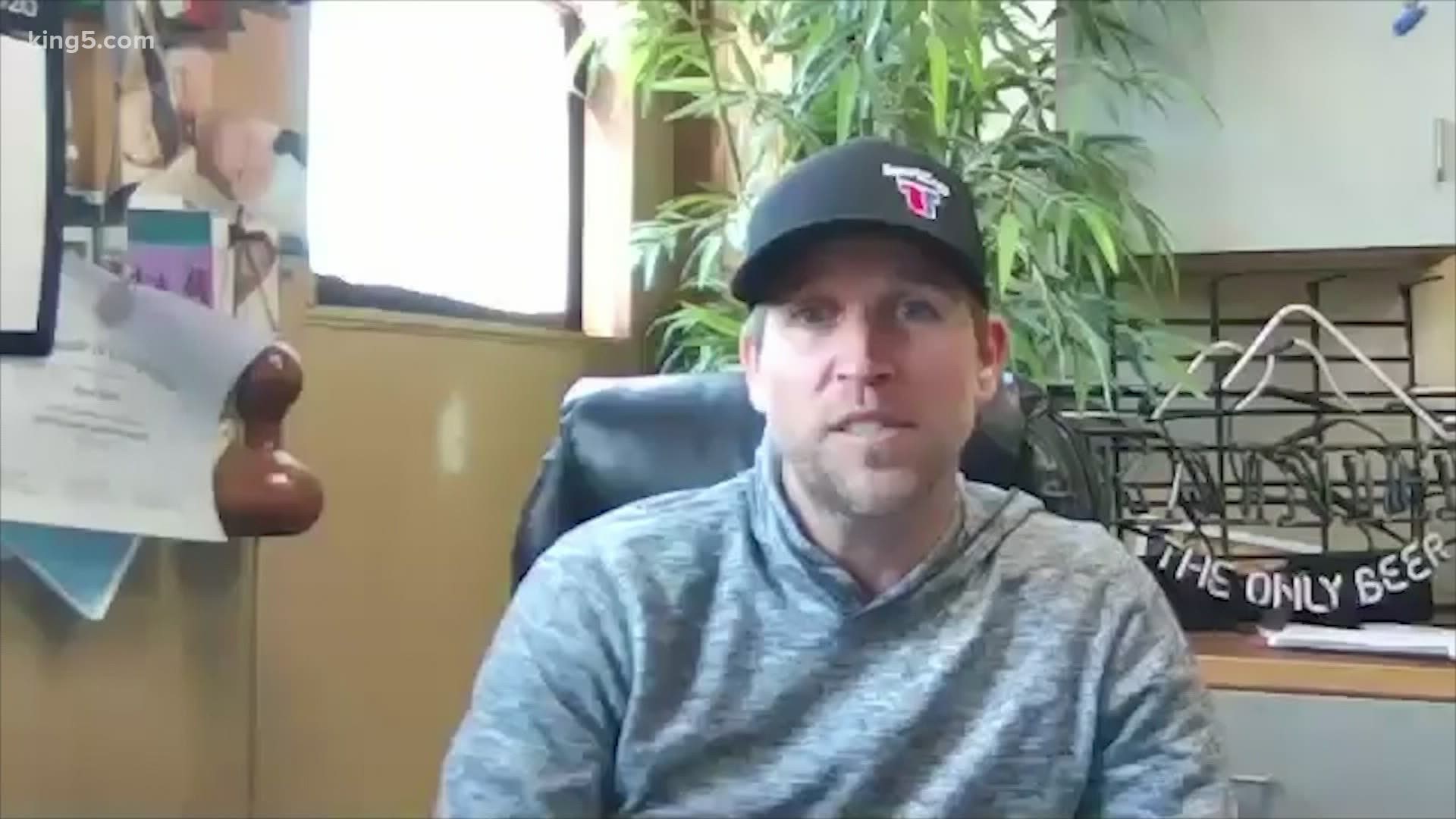 BELLEVUE, Wash. — As small business owners struggle to get relief as the second round of federal funding gets doled out by the Small Business Administration and local lenders, other business owners and lenders are sharing what worked for them during the first go-round.

In the first round of Paycheck Protection Program funding, the SBA of Seattle says it along with its lending partners approved 14 years of SBA lending in just 14 days. 74-percent of the loans approved were $150,000 or less, though, across the state, Washington banks doled out more than $4.9 billion.

If there's something to be learned from the first round of funding, it's that business owners have to act fast and shop around.

That's exactly what Ryan Glant of Pacific Iron and Metal did to secure a loan for his 103-year-old company -- a company that survived the Spanish Flu and the Great Depression. Glant is the president and CEO of Glant Pacific Companies in Sodo and employs about 100 people. The PPP funding will allow him to rehire some of those he had previously laid off.

"We just feel really fortunate it," said Glant. "It's a lifeline. Unfortunately, in some cases, people didn't 'get it' or realize you need to be on top of it early and often."

Glant had been in touch with Liberty Bank's president Alan Fulp, despite having a bank account with a large national bank. The community bank is an expansion of the Liberty Bay Bank in Poulso and had just expanded earlier this year to Bellevue.

"I have happened to know Alan from the community for a long time," said Glant. "So just by happenstance, we started connecting. Things change and our environments change, so it behooves us to explore other potential partnerships."

And that's the relationship that paid off.

Glant said his team worked on three separate bank applications when the first round of funding was announced. Liberty Bank was the only one to come through.

"Liberty Bank was really straightforward," said Glant. "Alan's team was awesome. We did apply to three different banks, and they all had very different processes. But Alan made it really streamlined and therefore our SBA loan confirmation quickly came back."

Nationwide, the first round of forgivable loans sent $342.3 billion to about 1.6 million businesses nationwide. And though it seems like a staggering amount of help, Fulp said it was only anticipated to bail out a third of small businesses.

"It's been characterized a little bit as like building an airplane in the sky," said Fulp. "If we're the bank that's pushing the money out the door, we want to make sure that we have it right. And so I think a lot of banks were uncomfortable with the uncertainty of that, and they chose to take a step back and wait for the details to emerge, which is reasonable."

Fulp said the process itself -- at least for the first round -- was pretty easy. The borrower must fill out a special application. Then the bank has to submit it to the SBA. The SBA has a special portal set up for submitting the loans, and when that happens successfully, banks receive a number confirming the SBA has successfully received the application.

"Then you know that you're confirmed in the system," said Fulp. "Up until you receive that number, you don't have a place in line. I would say it's not a complicated process, but the bank has to be familiar with that SBA portal process, and not every bank is an SBA lender."

Small business owners across the country have complained their banks sat or fumbled their applications. Perhaps Liberty's flexibility as a smaller, community bank helped speed along the process.

"I agree with that," said Fulp.

"We've had to take a little bit of a step of faith that the federal government is going to iron out these details and take care of the banks that are pushing the money out the door, in addition to taking care of the small businesses," said Fulp. "I think as things have evolved, it has been a good process."

MORE | Your Money, Your Future