The sand shark grabbed hold of a fishing line and pulled the pole into the water and then got tangled up in a crab pot, but managed to get away unharmed. 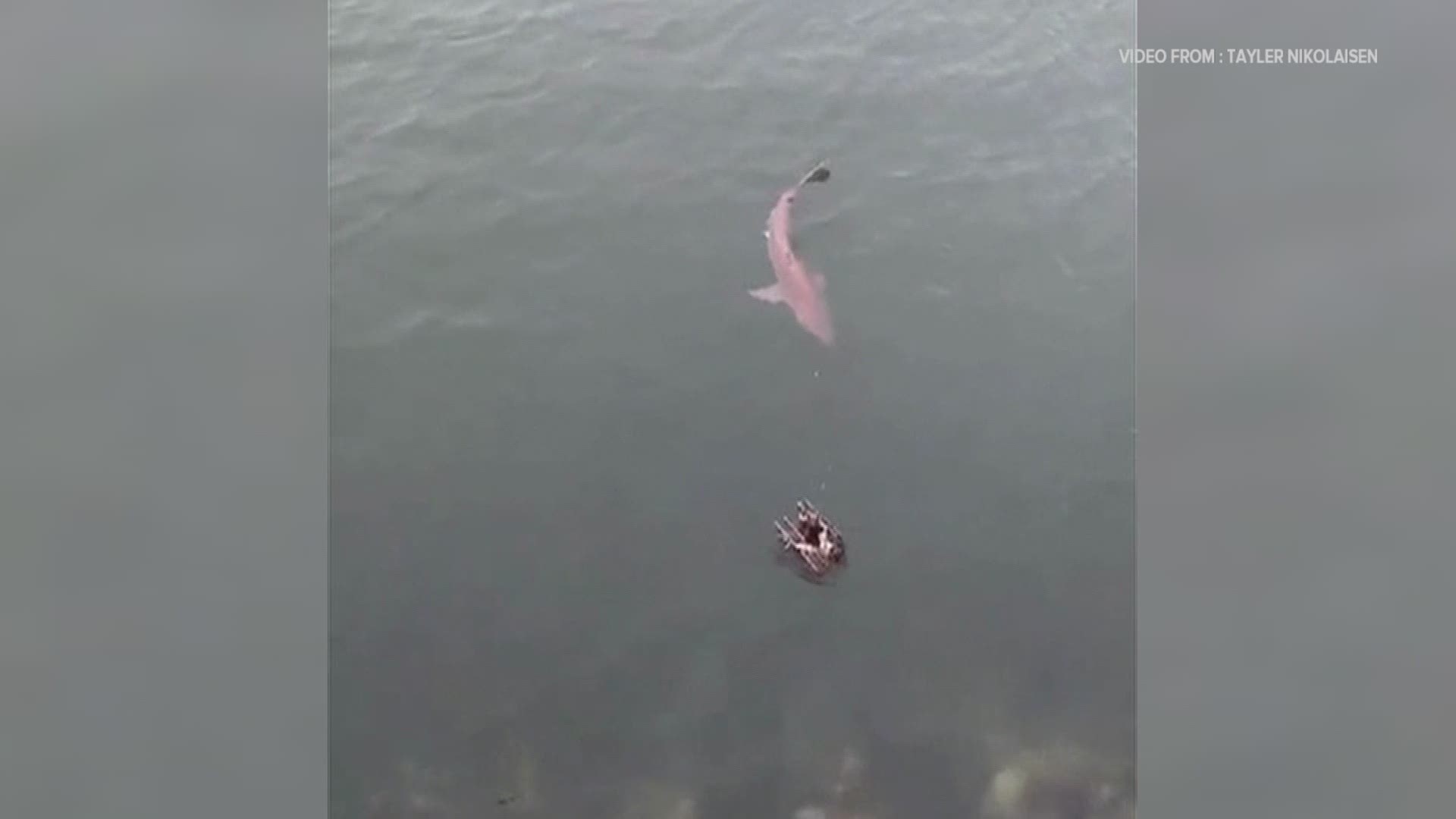 That is what Tayler Rose and her friends said earlier this week after they saw a sand shark up close at the Westport Marina in Grays Harbor County.

The shark apparently got a hold of a fishing line and pulled the pole into the water. It then got tangled up in a crab pot but managed to get away seemingly unharmed, Rose said in a Facebook post.

Rose got a video of the sand shark up close that's already gotten several thousand views on Facebook.

"That's insane," one person can be heard saying in the video that Rose sent to KING 5. The video shows the shark swimming close to shore.

Rose said they were able to retrieve their fishing pole.

"Little did we know, a sand shark was still on the line when we got the pole out! He got tangled up in crab pots and was able to get away. But the coolest thing that happened by far!" said Rose in her Facebook post.