Sammamish police believe mail thieves ended up with ballots after targeting mailboxes. Police say they do not believe this was politically motivated. 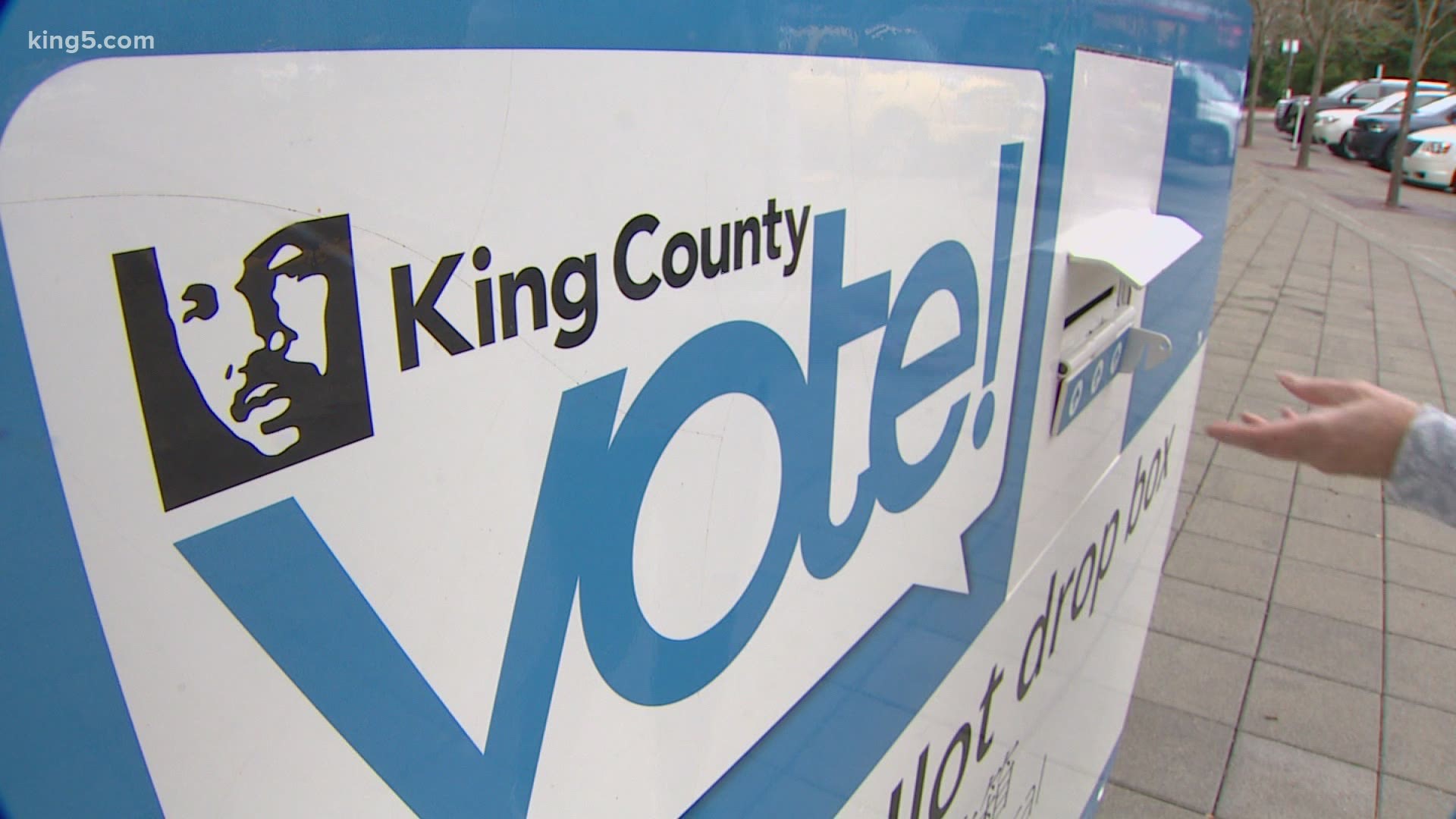 SAMMAMISH, Wash. — Police in Sammamish are warning voters to make sure they received their ballots after dozens of stolen ballots were recovered on Friday.

First, police received a call from a cyclist who found a bag full of stolen mail that had ballots mixed in along East Lake Sammamish Parkway. Later,  someone else reported a handful of ballots thrown along the side of the road on Sahalee Way.

A representative from the Redmond post office also reported that a worker found about 35 ballots in an outgoing mailbox where they didn’t belong.

“They had discovered several ballots that didn't belong in a kiosk mailbox, one of the large ones for an apartment complex, and they weren't for that address and that peaked their suspicion,” said Sgt. Ed Hall with the Sammamish Police Department.

All of the ballots were still sealed and Sammamish police went ahead and delivered the ones they recovered. The post office was going to re-deliver the ones that ended up in the mailbox.

Police believe this was likely mail theft where ballots got caught in the mix.

“Sammamish has a lot of older areas that don't have the modern lockboxes, so one of the issues we have is the old-style mailboxes are not secured. So criminals realize that and they target those specific neighborhoods,” Sgt. Hall said.

While police said they're looking into the incidents, they have very little to go on and don't believe this was politically motivated in any way.

“None of them had been opened or filled out,” Sgt. Hall said. “I personally returned 30 of the ballots and there was no indication this was an act of fraud or an attempt to alter the vote.”

Sammamish police are telling anyone who doesn't receive their ballot by Monday to contact the post office and they may need to reach out to the King County Elections Office about a replacement ballot.