The U.S. Supreme Court is ordering Washington courts to take a new look at the case of a florist who refused to provide services for the wedding of two men because of her religious objection to same-sex marriage. 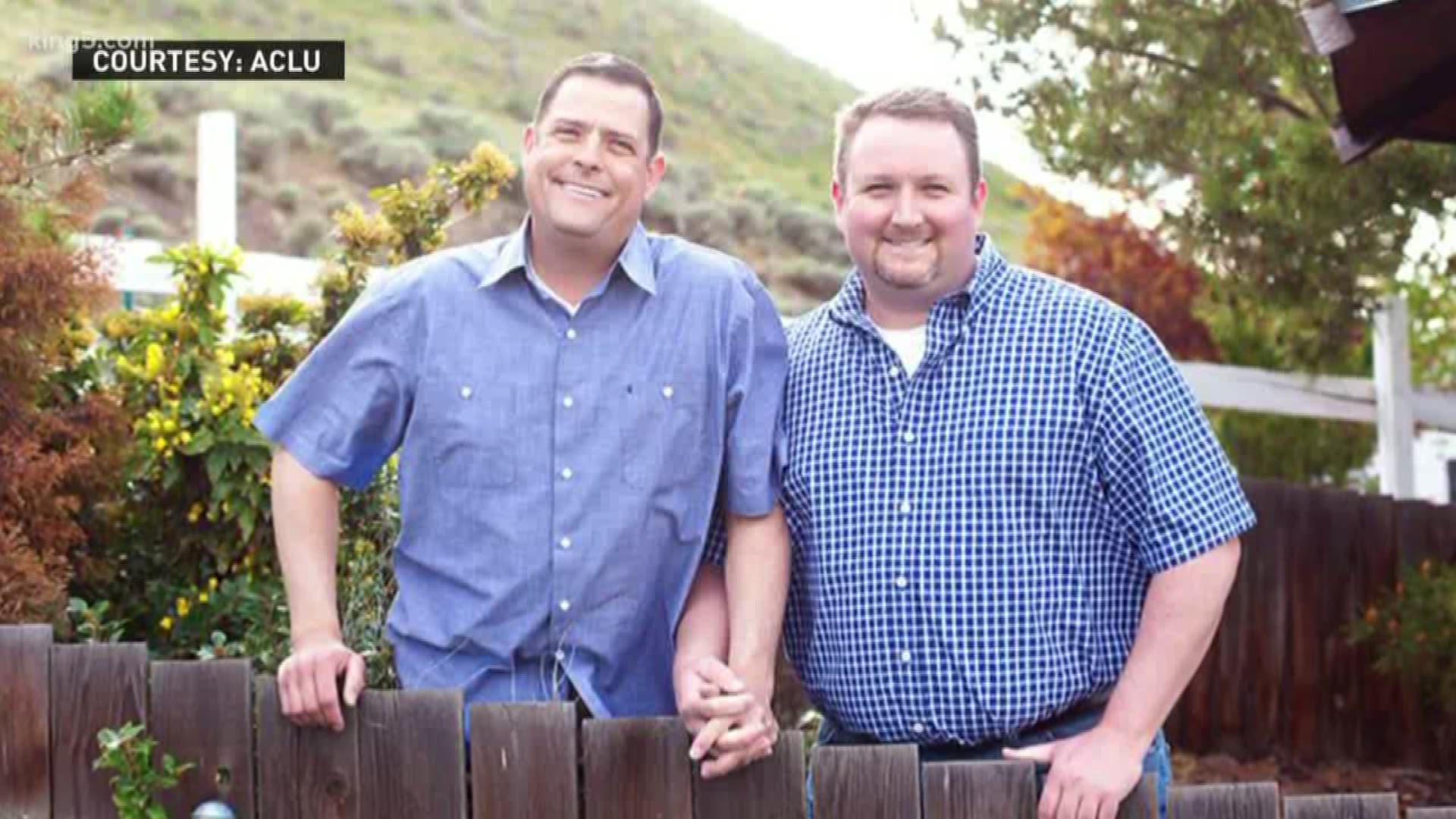 A panel of legal experts gathered in Seattle Monday night to discuss recent cases impacting same-sex couples. Earlier Monday, the U.S. Supreme Court ordered Washington courts to take a new look at the case of a Richland florist who refused to provide services for a gay couple's wedding.

"We are talking about issues of discrimination," said Dan Shih, president of the state's LGBT bar association.

In 2013, Washington florist Barronelle Stutzman at Arlene's Flowers refused to provide flowers for a gay wedding, saying she believes "marriage is a sacred union of a man and a woman."

"It was exceptionally hurtful to our clients. And after thinking about it for some time, they got in touch with the ACLU of Washington, who got in touch with us. We filed a lawsuit under the Washington law against discrimination and the consumer protection act," said Ewart.

Meanwhile, more than a thousand miles away, a baker in Colorado ended up in a legal fight of his own when he refused to bake a cake for a gay wedding. His case went all the way to the U.S. Supreme Court where justices ruled in his favor.

"It is really focused on what the court perceived to be anti-religious bias displayed by the Colorado tribunals," said Ewart.

Now in light of the Colorado case, the highest federal court says Arlene's Flowers deserves another look. Justices are sending it back to a lower court in Washington for further consideration.

"We are not worried about that. Our record contains nothing that would suggest any anti-religious bias on the part of anyone, certainly not any of the judges who heard the case and certainly not anybody else," said Ewart.

Ewart answered, "It will make its way back down to the state Supreme Court and then we will see."