Salmon fishing restrictions may get 'severe'

A salmon fishing agreement between the Washington Department of Fish and Wildlife and tribal co-managers is fueling continued angst by many recreational fishermen who fear it will force severe closures. 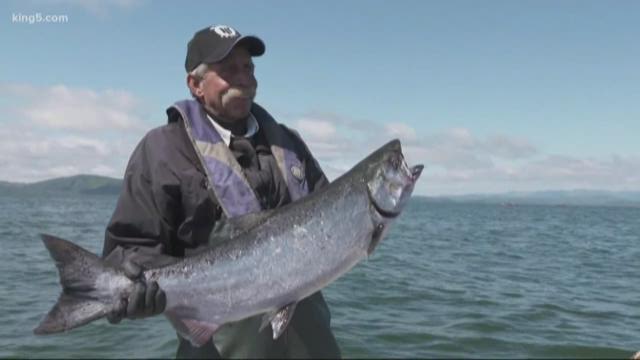 A salmon fishing agreement between the Washington State Department of Fish and Wildlife and tribal co-managers is fueling continued angst by many recreational fishermen who fear it will force severe closures.

The Comprehensive Management Plan for Puget Sound Chinook was recently released after a long secret court mediation process. If approved, it could place severe restrictions on salmon fishing around Puget Sound. Because the plan was reached in secret, it's also reignited a rallying cry for transparency from WDFW and tribal co-managers.

"I feel like we were really, really left out on a limb on this one and I'm not very happy about it," said Fish and Wildlife Commissioner Larry Carpenter.

Both the Attorney General's office and representatives from WDFW explained that the mediation process required non-disclosure from all parties.

If approved by NOAA, the plan would reduce the exploitation rate from 12 percent to 8 percent on wild Chinook for the next 10 years. That means only 8 percent of the wild Chinook expected to return to their natal streams can be impacted by fishing.

Carpenter says that would extremely reduce or devastate the fishing opportunities around Puget Sound. He worries it will have detrimental impacts on business.

"The impact also is likely to be quite severe, likely closure, not just a bit more restriction. The impact on Stillaguamish Chinook of the fishing seasons adopted for 2017 was 12 percent. The new plan would reduce that limit by 4 percent or one-third. The entire Puget Sound sport fishery had only a 3.6 percent impact," said former WDFW Salmon Resource Manager Policy Lead Pat Pattillo. 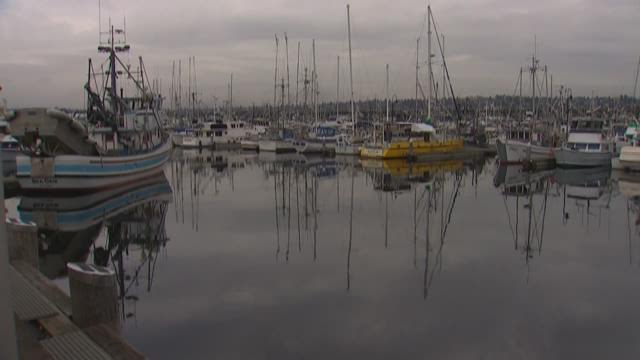 It is possible the plan could include a total closure of major sport fisheries in northern Puget Sound fishing areas like Area 7, which covers the San Juan Islands, and Area 9, which includes Port Townsend and Possession Point, according to Pattillo. He believes recreational fishing will face the greatest blow.

"We hope we aren't right," Patillo said. "The last few years have been the most restrictive sport seasons in decades, and the expectation from this is that it will be far worse in 2018."

The mediation and subsequent plan resulted from what WDFW called a "meltdown" in 2016 when an agreement on the salmon seasons could not be reached during the North of Falcon meetings, leading to controversial closures. North of Falcon (NOF) is the annual process during which west coast salmon fishing guidelines are set. The states must reach a compromise with tribal governments to have non-tribal fishing seasons altogether.

Each year since 2015, insiders describe contentious meetings where agreement is difficult and sometimes impossible to reach. Meanwhile, recreational fishing groups mounted pressure to demand transparency, as no one but government officials and tribal leaders are allowed in the meetings.

"The updated Puget Sound Chinook Harvest Management Plan was developed in response to the stock's ongoing decline due to habitat loss. It was developed by the state and tribal salmon co-managers through court-mediated negotiations that began earlier this year. Negotiations took place under a confidential court process, which limited participation to policy representatives of the federal government and the treaty tribal and state co-managers. NOAA will now begin an 18-month administrative review process that will include public comment."

Chinook are listed by the Endangered Species Act and their numbers are dwindling. Since listing, the wild populations have decreased by more than 40-percent.

With less fish, there's been more fighting over who should get to fish and when, dividing commercial and recreational and tribal anglers.

For Garner and others, the Stillaguamish is a habitat and water issue, whose salmon stock will not recover by simply limiting harvest.

"It has the possibility of closing down a lot of businesses," Garner said. "This is a big, well-rounded problem."

Unfortunately, Puget Sound Chinook salmon stocks have continued to significantly decline since they were listed for protection in 1999 under the federal Endangered Species Act. Under that law, no fisheries affecting Puget Sound Chinook can occur without a federally approved conservation plan.

If NOAA approves the updated plan as written, there will be reductions to state and tribal fisheries, especially in years with expected low salmon returns. Specific limitations will vary depending on the abundance of individual salmon stocks projected to return to the Sound each year.

An 18-month federal review process will now get underway and will include opportunities for public comment on the plan."