A Seattle-based company that specializes in moving fish upriver wants to help save the starving Southern Resident killer whales. 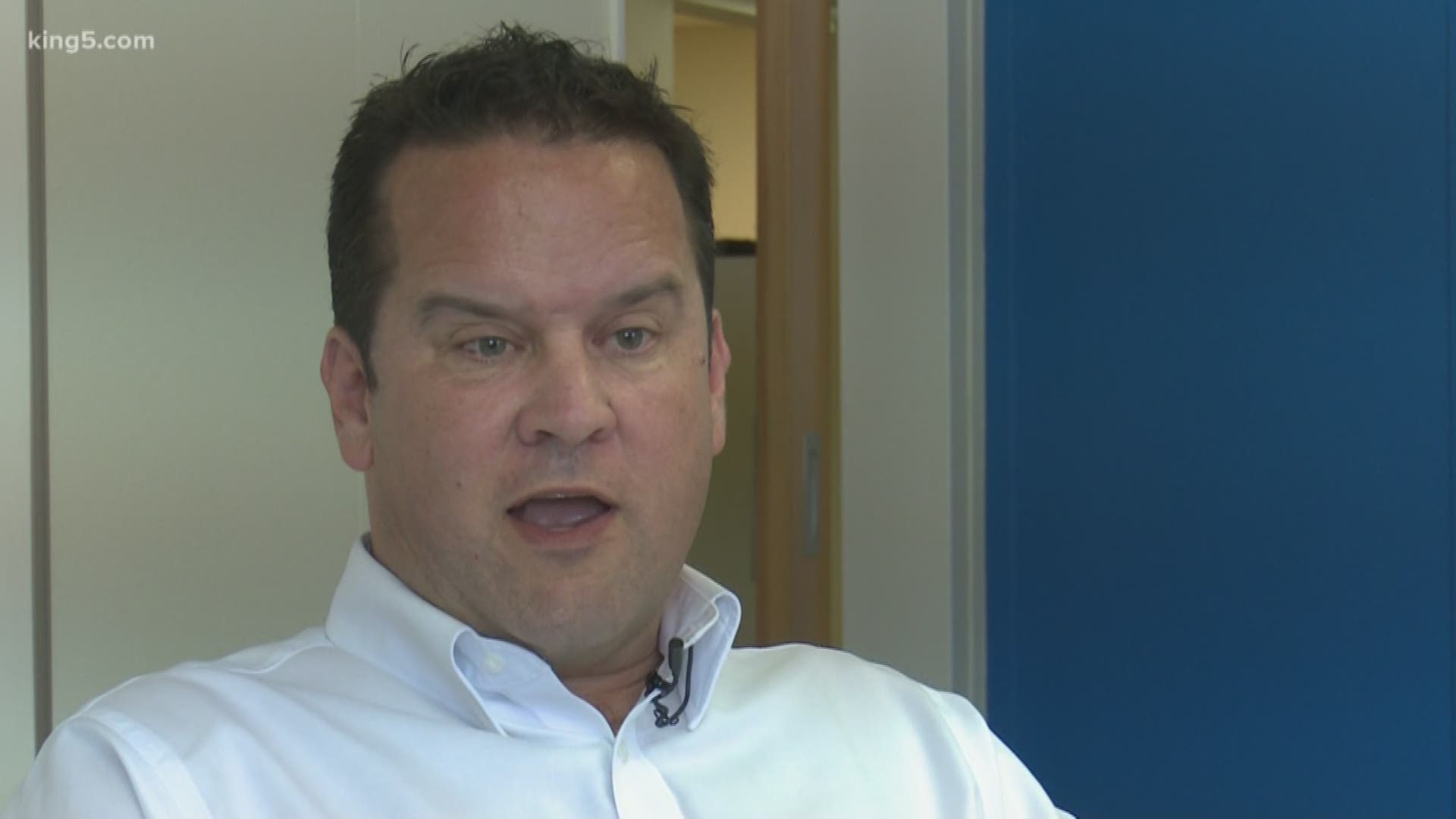 The starving Southern Resident killer whales need salmon, and a local company is offering a solution—in the form of a fish cannon.

Whooshh Innovations presented their idea to Governor Inslee’s Southern Resident Killer Whale Recovery and Task Force on Tuesday. They said it’s a new way to safely and quickly transport salmon up and over dams. The company claims its solution is superior to traditional fish ladders—and unlike other proposals, it can be implemented quickly.

One of the biggest problems facing the Southern Resident orcas is a lack of food. Unlike transient killer whale species, the residents dine exclusively on fish. Chinook salmon make up nearly 80 percent of the southern resident orca diet, but chinook populations have been in decline since the 1950s. A big barrier to recovering the fish population is a physical one—the imposing concrete dams that restrict the flow of rivers.

Many dams solve this problem with fish ladders—a series of low steps that fish can jump up to move around and over barriers. Depending on the height of the dam, a salmon can take up to a full day to traverse a fish ladder from the bottom to the top. This process can leave them battered and exhausted, explained Michael Messina, the director of market development for Whooshh.

“No one looks at the condition fish are in at the end of the salmon ladder,” he said.

In contrast, Messina said, the Whooshh system can move a fish over a dam—gently—in less than a minute. To Messina, it’s a no-brainer.

“We have a solution we can implement within months,” he said.

Messina claims that their fish transport system can save money, save energy, save salmon, and, ultimately, save the orcas.

According to Steve Dearden, the vice president of sales at Whooshh, the system has the capacity to transport 20–60 salmon per minute, depending on the distance they need to travel. The salmon swim up over a small waterfall into the entrance of a soft, flexible tube. The tube is continuously misted to keep friction low and allow the salmon to glide through.

A sorter at the entrance to the tube can scan fish and identify invasive species, diverting them out of the system and back into the lower river. The selected fish are then transported using air pressure. Dearden said that Whooshh has the ability to get over every dam in the United States.

Whooshh claims that their system costs 50–80 percent less than an equivalent fish ladder. Since ladders also require a constant flow of water, the salmon cannon also has the ability to increase hydroelectric power generation or leave more water for recreation, irrigation, and other uses.

On Thursday, Whooshh executives met with representatives of the Canadian government to discuss potential partnerships across the border. The environmental issues facing the Pacific Northwest are shared by our neighbors to the north, explained Bryce Campbell, a foreign policy officer with the Consulate General of Canada.