More than 40 teams of sailors took off from Port Townsend for the 750-mile Race to Alaska. 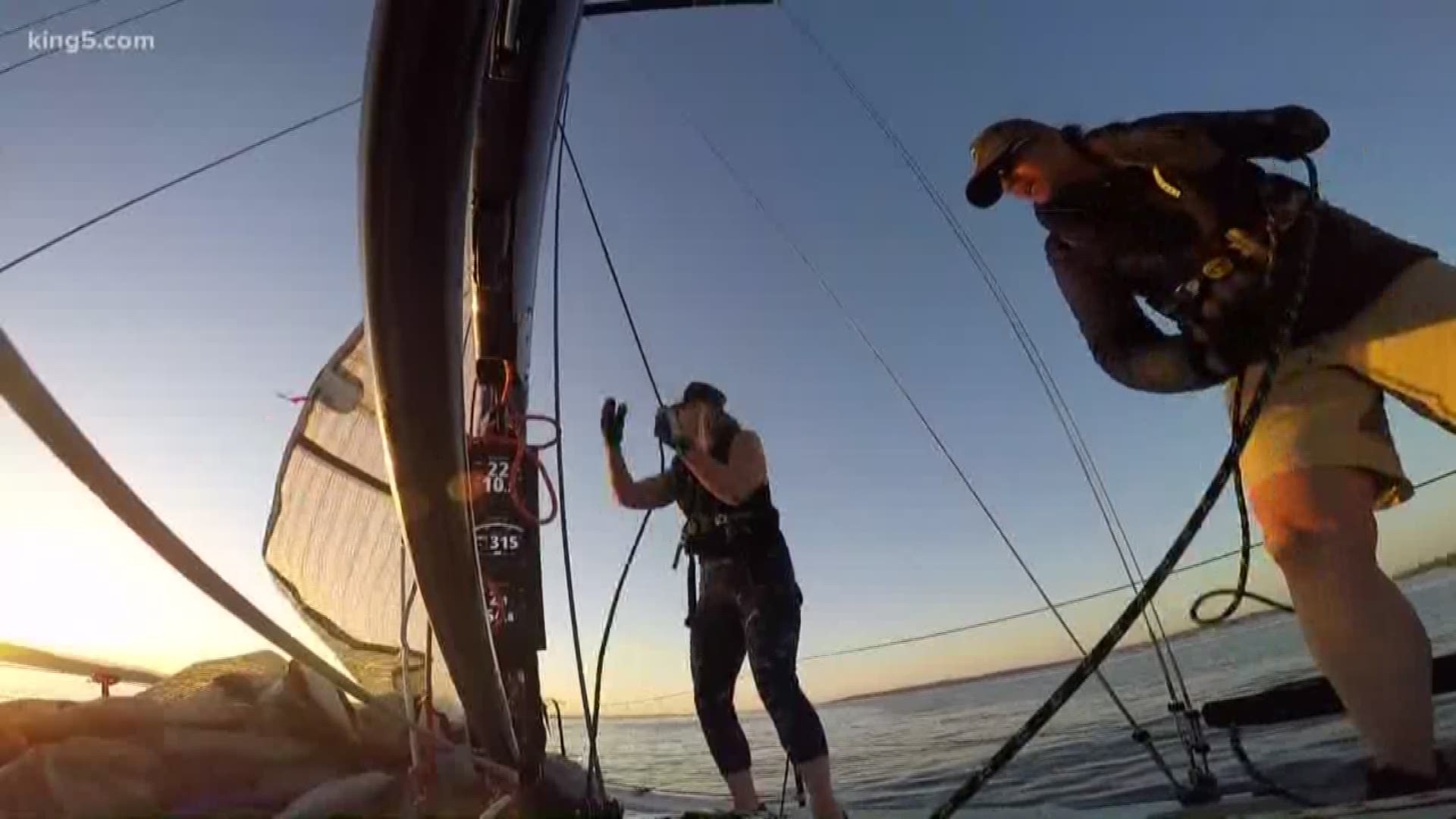 On Monday morning, 46 teams of sailors took off from Port Townsend to embark on a harrowing 750-mile journey to Alaska. The Race to Alaska is the longest human and or wind powered race in North America.

It began in 2015 and included a wide array of boat designs from a paddleboard to a 32-foot catamaran. During the journey, racers can't receive any planned assistance during the race and that includes food and food drops or re-supplies.

There are two stages of the race. The first is the proving ground from Port Townsend to Victoria, BC which is 40 miles in 36 hours.

The second stage is called the bitter end and it's from Victoria, BC to Ketchikan, Alaska, a 710-mile journey.

One of the co-founders, Daniel Evans said the race was dreamed up over some beers in a tent and created to inspire people to adventure.

"If you go down to the dock that costs a quarter million dollars before you even put a sail on it next to a boat that someone bought off of Craigslist ... they are not at all disappointed that they are racing against this super-fast boat because they are there for similar but different reasons," said Evans.

The team who won last year showed the world how to Sail Like a Girl, a team composed of all women.

Jeanne Goussev is the boat captain. Nikki Henderson, who piloted the Visit Seattle boat around the world during the clipper race last year, is the skipper. Both lead the team of women who will be sailing this boat all the way to Ketchikan.

Some of the other competitors include professional sailors, kayakers, and one man is making the journey on the paddleboard! The sailors do not have to be professional but are vetted by an anonymous team to make sure they are seaworthy.

Captain Goussev said she is inspired by the stories that come out of this race.

"There are some amazing stories that come out of this race amazing people that are participating and everybody’s in it for their own reasons it’s a unique race in that way," Goussev said.

Sail Like a Girl is surprisingly not in the top four projected to win the race. Whoever wins gets $10,000 and the runner up get a set of steak knives.

Stay with KING 5 as we take you up to Ketchikan to meet the winners. You can track the racers here.