The Washington State Nurses Association and Sacred Heart met on Dec. 11, but didn't reach an agreement. 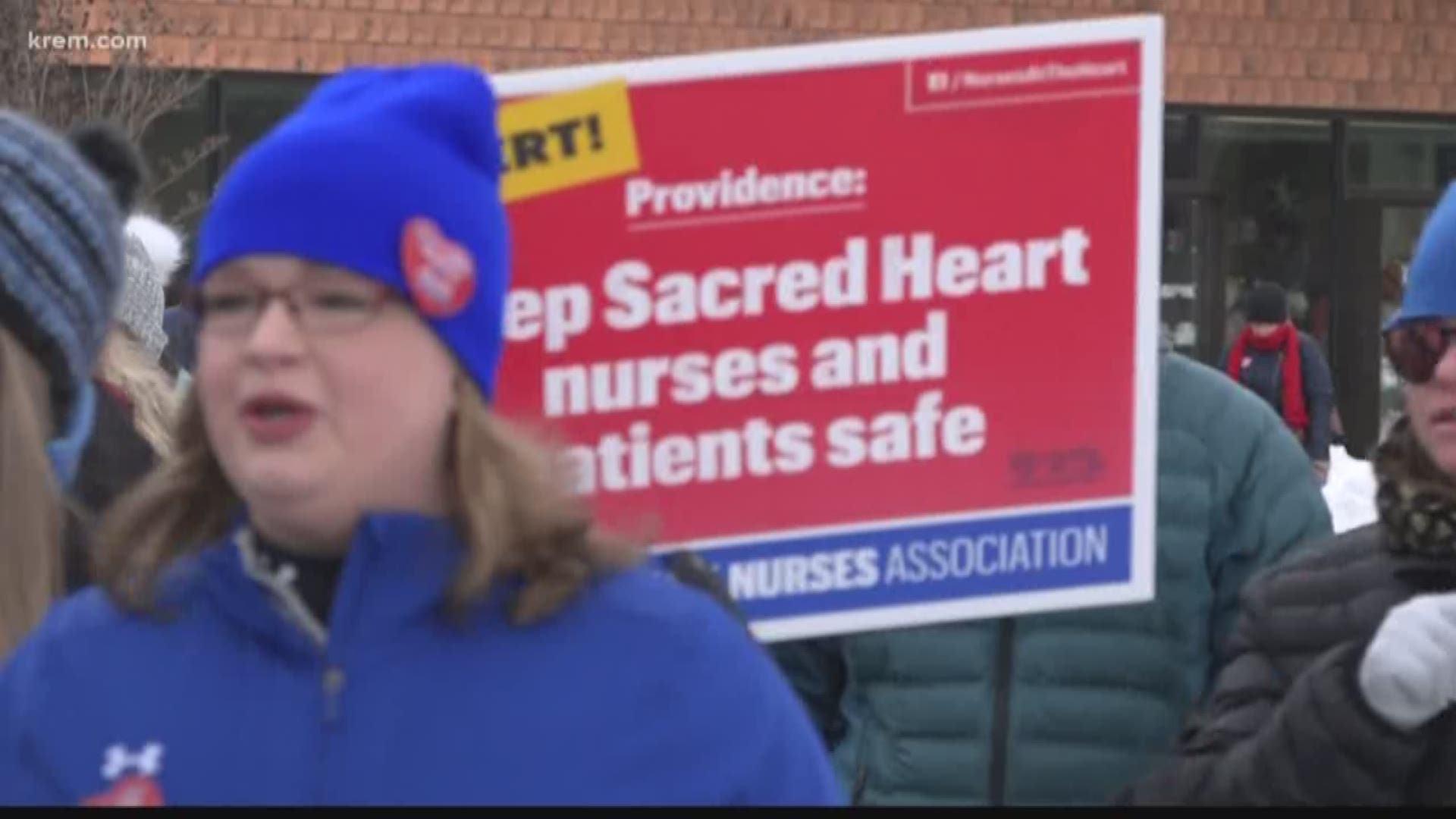 SPOKANE, Wash. — The Washington State Nurses Association and Providence Sacred Heart have failed to reach a collective bargaining agreement after their 17th negotiation.

According to the WSNA, a 17th bargaining session was held on Wednesday, but the two sides continued to disagree.

A strike committee is continuing to meet in preparation for a strike, according to the WSNA.

KREM has reached out to Providence Sacred Heart to confirm the details of their offer and their comments on the negotiations.

According to WSNA Spokesperson Ruth Schubert, the union previously met with Providence on Oct. 29 with a new offer. She said the hospital presented an offer, but it didn’t include concerns about staffing, workplace violence and earned benefits.

"They continue to push a plan that would take away significant sick time and paid time off from nurses," Schubert said.

She said the union’s goal is not to go on strike, but it will if it must.

"Having that authorization to go on strike gives us another tool we want to hold off on using until we absolutely need to," Schubert said.

While a strike is possible, the nurses would have to give a 10-day notice required by federal law.

The next bargaining session with WSNA is scheduled for Nov. 22 and Nov. 26 for UFCW.

KREM reached out to Providence Wednesday afternoon, but a spokesperson said there was no new update. The latest updates will be posted online.

WHAT WILL HAPPEN IF NURSES GO ON STRIKE?

More than 3,000 nurses and maintenance workers could walk out if a contract deal isn't reached. The year-long dispute has gone back and forth over benefits, time off and patient safety.

"We wouldn't do it if it wasn't that big of an issue that's how big of a priority for us that we have to take this step to vote and say we're ready if we have to but that's not the ultimate goal," said Stevie Lynne Krone, who is a nurse at Sacred Heart.

Lynne Krone is a nurse on the cardiology floor at Sacred Heart. But Lynne Krone said the hospital would likely bring fill-in staff from outside of the area.

"Then they would bring in traveler nurses to fill our spots during that time," Lynne Krone explained.

A UFCW 21 union spokesperson told KREM that some staff could also take on positions they don't normally fill. He said those who don't strike and the people called in could be forced to take on new roles they're not suited to do.

The hospital said the average salary for nurses is $80,000 and they receive five to seven weeks paid time off, which they said is "market-leading compensation."