Despite coronavirus funding, the future is uncertain for rural hospitals in Washington

Rural hospitals say a $200 million in federal relief will keep them afloat, but only temporarily 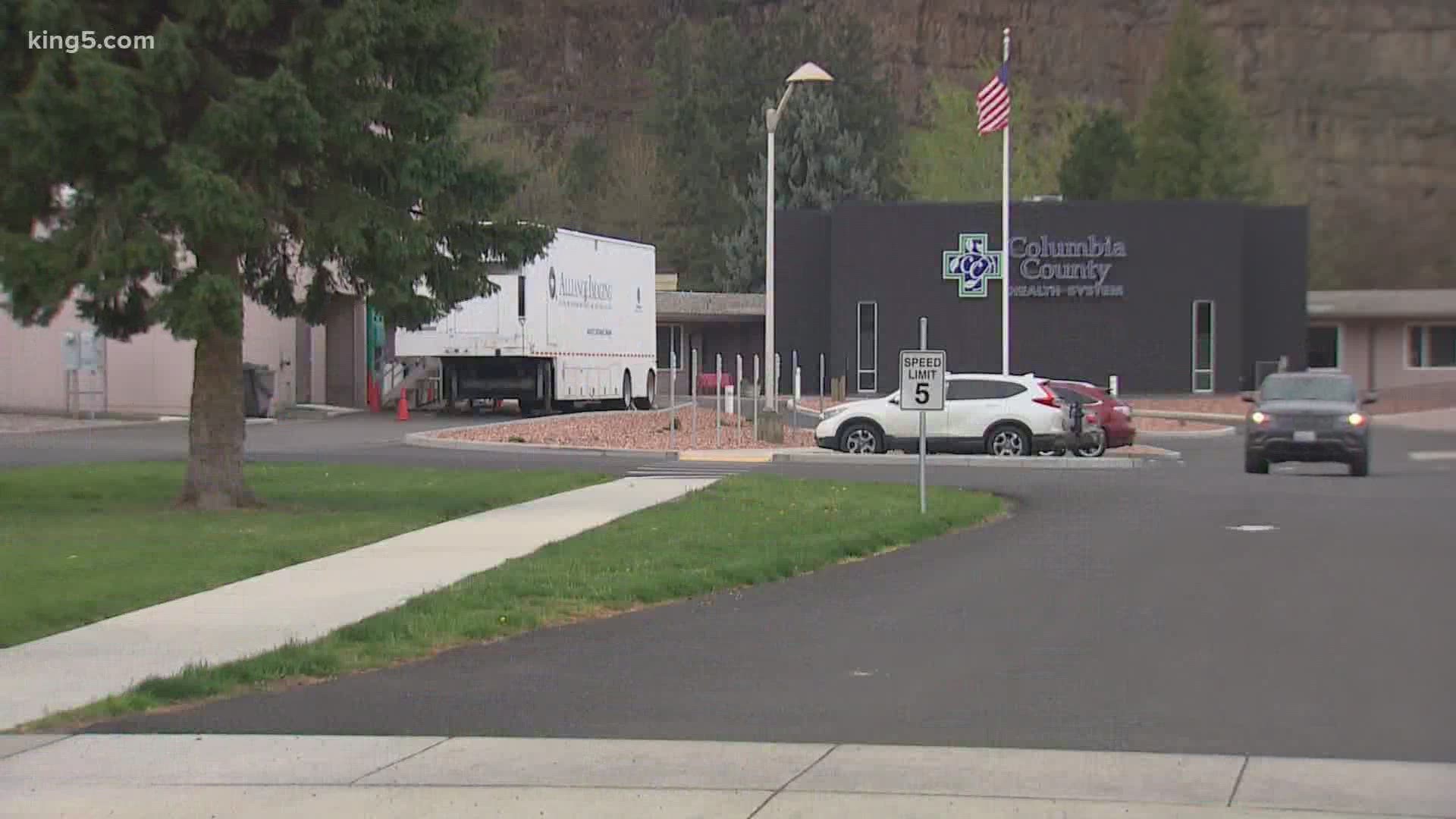 But hospital executives and lawmakers say it is unclear whether the funds will be enough to rescue hospitals that were already financially strapped before the pandemic.

“You’re kind of already operating at a very razor thin type of survival margin,” McGuire said. “We run on negative margins every year.”

McGuire said when COVID-19 started spreading, the hospital had only 13 days of cash on hand, which he said is typical for a public hospital with a large Medicare clientele.

With COVID-19 came the suspension of elective procedures and a dramatic drop in patient visits, which has corresponded with a drop in revenue.

“Early models showed it was going to be about an $800,000-a-month loss and that’s a net loss in revenue,” said McGuire.

In March, the Washington State Hospital Association sent Gov. Jay Inslee a letter warning that Columbia County and four other Washington hospitals were “facing imminent closure” without help from the government.

But McGuire said at the time, those fixes would only keep the hospital running for a total of about 23 days.

Columbia County received $6 million, but McGuire said the terms of the loan are less than ideal. The hospital has to start paying the loan back within four months. After a year, a 10% interest rate kicks in.

“It could close us,” McGuire said. “If you use that money and don’t have a plan for how to pay that money back, it’s just a bridge to another failure, and I think that’s the biggest concern all across the nation.”

In an interview with KING 5, Murray touted a new round of federal funding for rural hospitals that Congress recently approved.

The relief package includes $200 million for Washington, enough for every rural hospital in the state, including Columbia County, to get at least $3 million. But Murray said it’s unclear whether the money will be enough to sustain hospitals through the pandemic.

“We do need to direct more help towards [rural hospitals],” she said. “This is an unprecedented time and it’s evolving and changing rapidly and we’re just going to have to keep working to address the immediate need and make sure we’re looking forward at the same time of how we make sure that as this continues in our communities, we’re ready.”

According to the Washington State Hospital Association, the money is likely to keep the hospitals that were in danger of closing by the end of the year afloat in the short term. Murray said she will continue to fight for more funds.

McGuire said the money has bought him some breathing room. But he remains cautious of how the funds could impact his annual cost reporting and whether, when the dust settles, he could wind up owing.

“We sort of always feel like in rural [healthcare] there’s going to be a piper that’s going to have to be paid,” he said. “We don’t know what that looks like right now, and that’s what’s scary.”