Stormwater is the number one source of toxic contamination in Puget Sound, according to the organization Puget Soundkeeper. 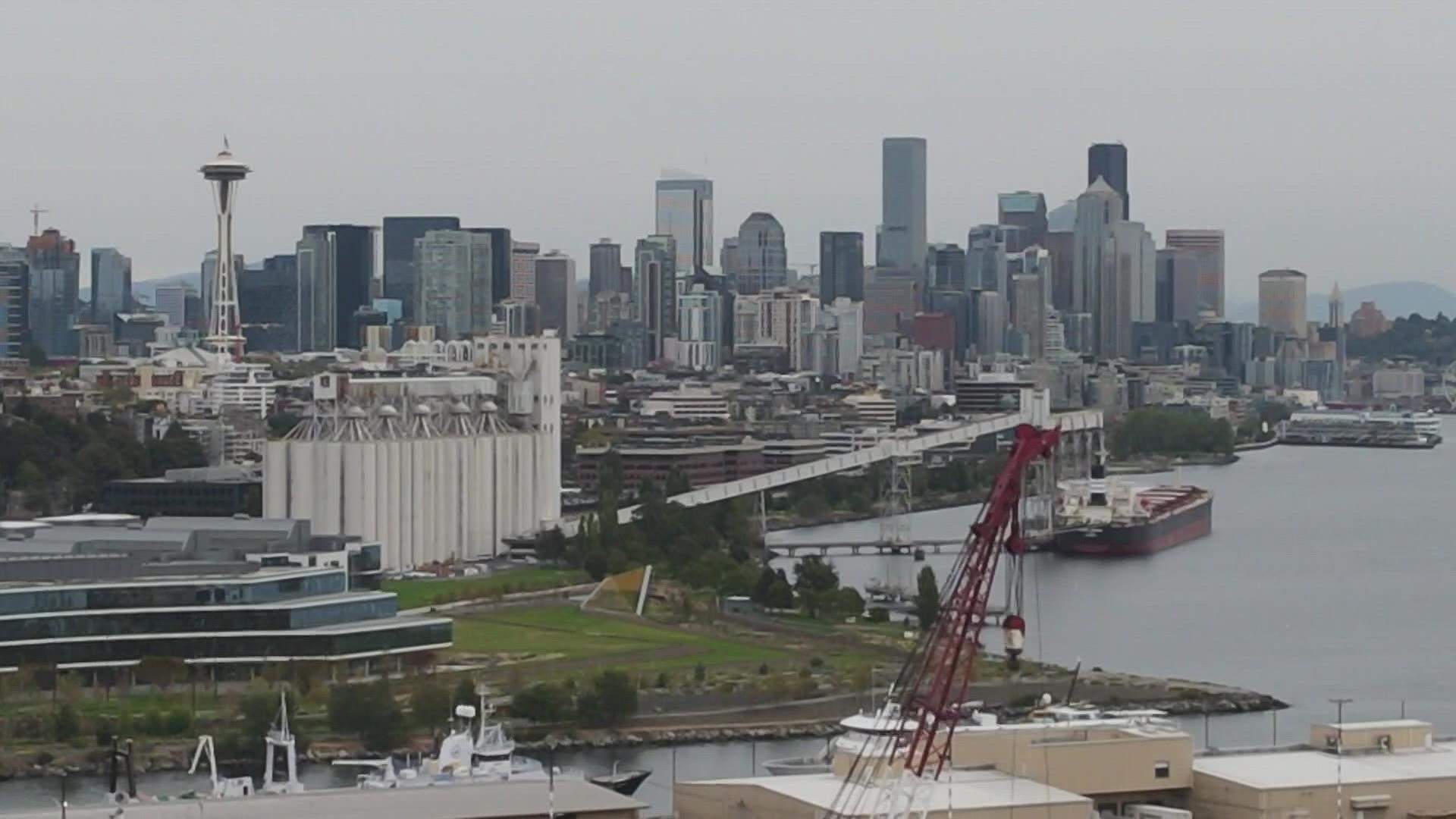 SEATTLE — When the weather is dry for months, toxins can build up and then get washed into waterways during a storm.

“Stormwater is the number one source of toxic contamination in (Puget Sound),” said Sean Dixon, executive director of Puget Soundkeeper.

He said contaminants like grease and petroleum products can come from industrial sites, roads and homes.

Modern wastewater treatment systems are designed to handle the deluge, but some older systems just cannot keep up and can discharge untreated sewage into bodies of water.

Puget Soundkeeper says one of its greatest concerns is the region's dwindling Coho salmon population.

“Some of the chemicals found in tires, for example, could be the reason for Coho mortality that we've been seeing in the region for 20 years,” Dixon said.

One solution to dirty runoff is to build more bioswales, which are gardens that filter toxins from water that drains from nearby roads and parking lots.

A fall-like weather front is expected to arrive in western Washington Friday and stick around through the weekend. The storm system will bring heavy rain, a chance of thunderstorms and mountain snow to the region.