A city ordinance prohibits rooster ownership in some neighborhoods, but the Johnson family is arguing they own a commercial farm and are protected by state law. 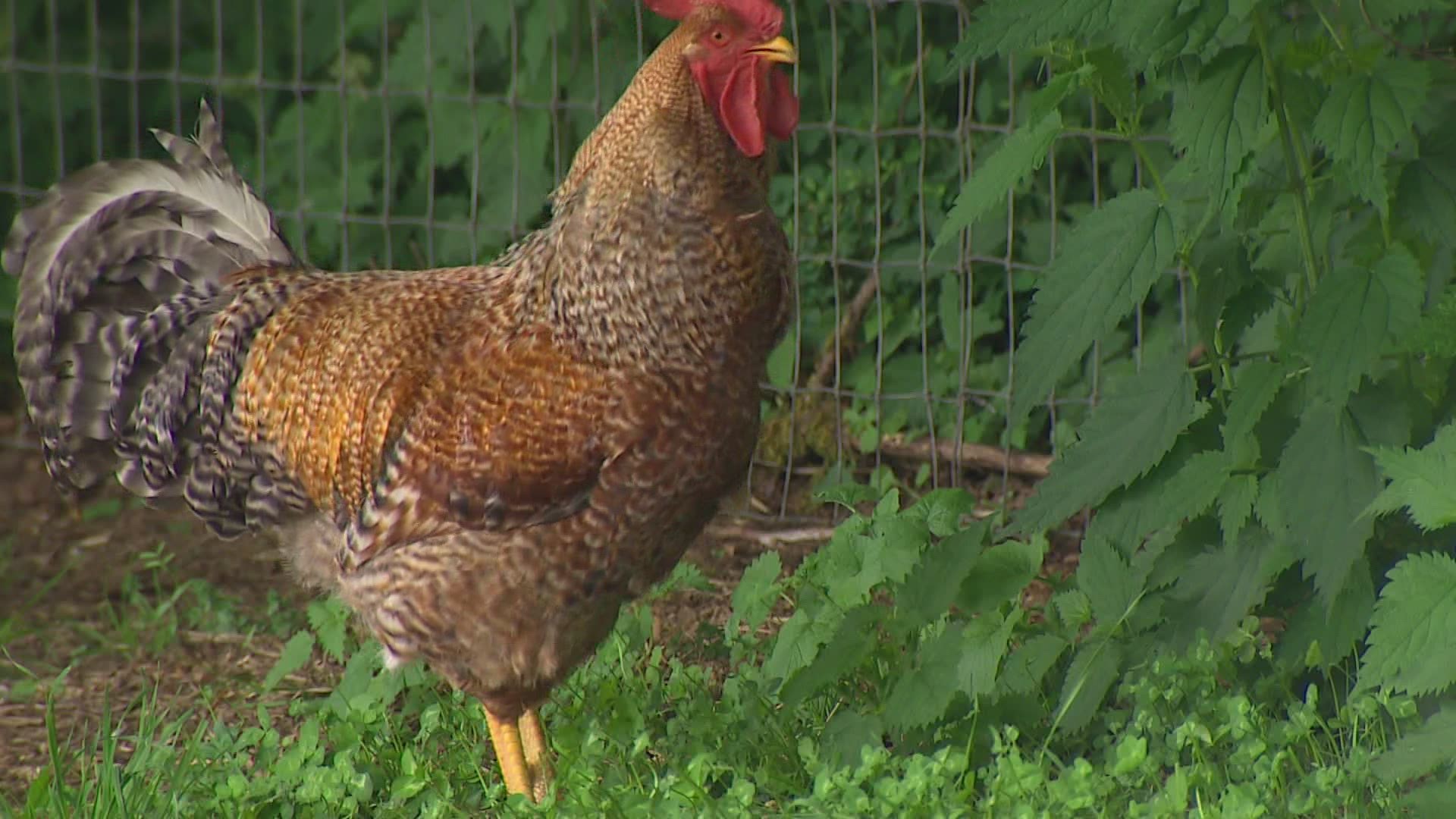 TUMWATER, Wash. — A noise complaint over a rooster has turned into a nearly $10,000 fine for a Tumwater family.

Mike Johnson has two roosters on his two-plus-acre Tumwater property. But the city of Tumwater has found since Johnson's home is in a neighborhood zoned for single-family, medium-density dwellings, it's illegal for him to own roosters.

The Johnsons received their first complaint last September. Then in December, the city began fining the Johnson family $100 a day. After 98 days, with the fine totaling $9,800, Johnson appealed the city’s ruling and went before a hearing examiner last week.

A decision is expected within the next week.

"We’re not going to give up," said Johnson, who said he might take the city to court to protect his roosters.

He said state law allows him to have roosters.

Cook said the city warned Johnson before issuing the fines.

Johnson said his wife has a license for a nursery on the property and they consider it a commercial farm.

In addition to the roosters' reproductive duties, Johnson said they help protect the chickens and goats from birds of prey.

He has placed Velcro straps around the necks of his two roosters, which Johnson said limits their volume.