A Kittitas County veteran received a special honor for volunteering thousands of hours with elementary kids. 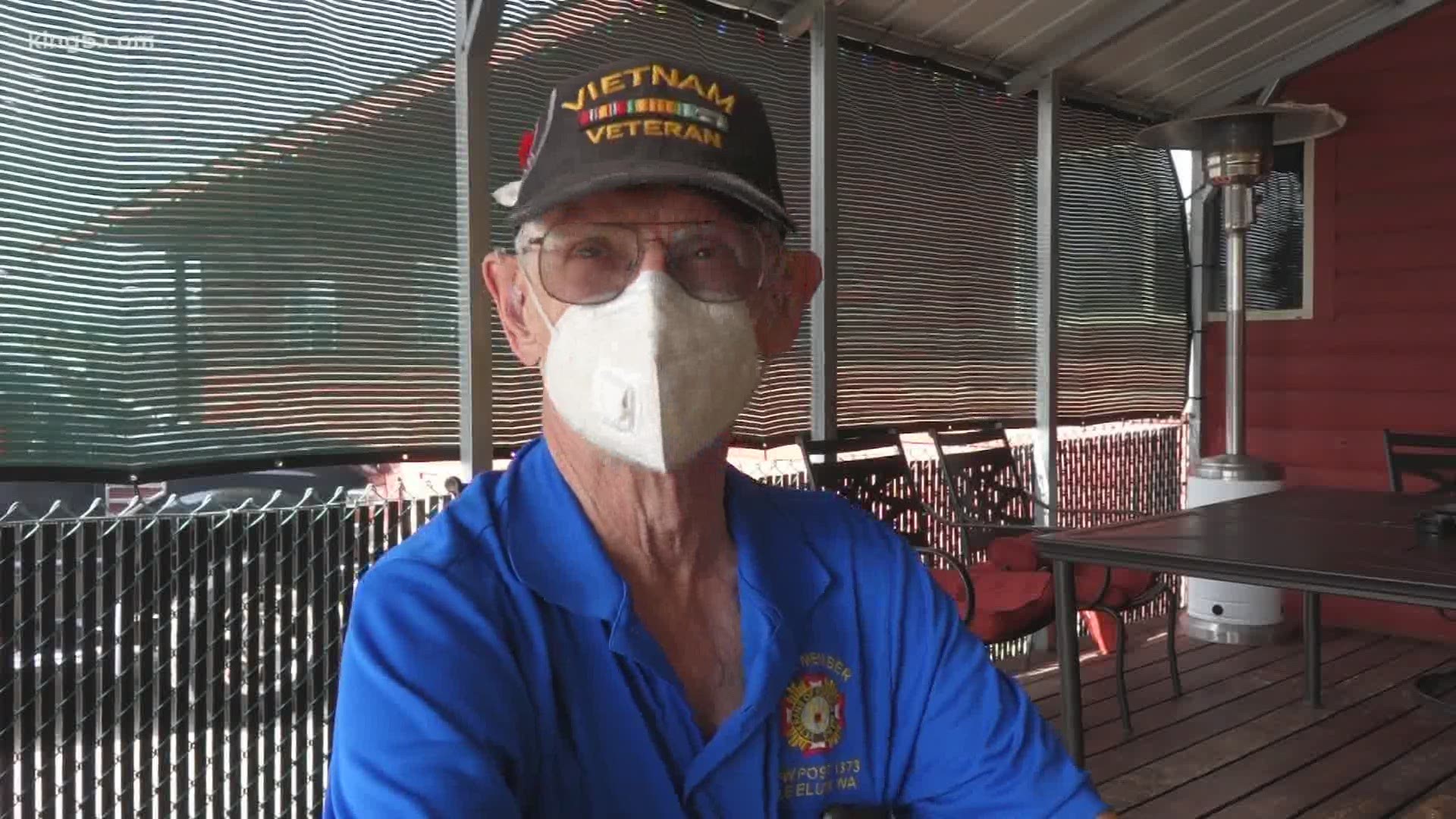 RONALD, Wash. — It’s hard not to get excited about meeting Ronald from Ronald, Washington.

“The town was here 70 years before me, but it has a ring to it,” said Ronald Jacobson, a Vietnam veteran who’s spent most of the last decade volunteering at local schools.

Jacobson helps with everything from greeting the buses in the morning to patrolling the lunchroom and recess to assisting with reading and math.

Jacobson is not only a staple at Cle Elum-Roslyn Elementary School but he’s also the grandpa to many.

“When I started they asked what they should call me, and I said I have 11 grandchildren, and they call me Grandpa,” Jacobson said.

Grandpa Ron is a beloved volunteer who recently got praise from the national Veterans of Foreign War (VFW) offices. The VFW honored select veterans with the #StillServing campaign.

Jacobson more than meets the criteria as he has volunteered thousands of hours a year, and the switch to online school has only fueled the students’ adoration for Grandpa Ron.

“They finally added me to the school directory, because kids were wanting to hear from me again,” Jacobson said.

Boxes of letters and cards later, Jacobson realized that his legacy is bigger than the Oreo cookies he’s known to have.

“Motivation comes in many shapes, including round Oreo cookies,” he said.

Jacobson is anxious to return to school with the students but has made the most of the remote learning situation.

“I make a point of answering every letter and email I get. Now I have some regular pen pals,” he said.

The VFW National Commander Hal Roesch sent a personal message to Jacobson thanking him for his continued service to the community and for mentoring so many kids. Jacobson doesn’t want an award or more attention but admits it’s nice to make the kids proud.

“The Marine Corps taught me the two things that are most important are complete the mission and take care of your troops,” Jacobson said. “I’m still taking care of the troops. It’s just that they’re 75 years younger than I am, and that’s OK too.”