WSDOT cameras captured a person throwing rocks or large objects at vehicles on I-90 Friday morning. 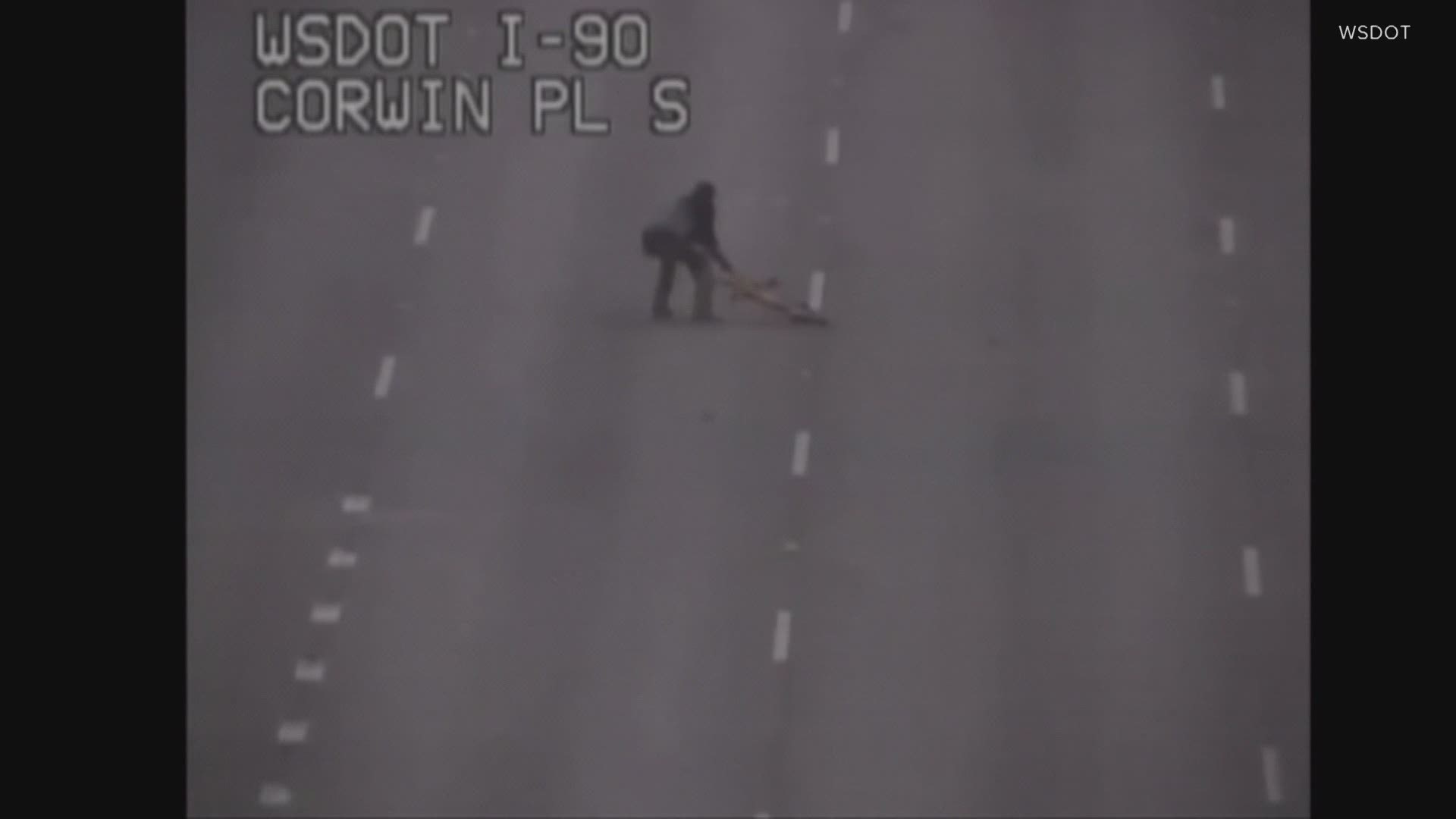 SEATTLE — A person was captured on video throwing rocks or large objects at passing vehicles on Interstate 90 in Seattle Friday morning.

The incident was captured by a Washington State Department of Transportation traffic camera on Corwin Place South just before 5:30 a.m.

Video shows the person run onto the interstate, pick up a large object and throw it into a lane of traffic as cars were driving towards them. The person then ran back to the side of I-90.

Minutes later, the video shows the person picking up and throwing what appears to be large rocks at vehicles in the same area of I-90.

The person ran from the area as Washington State Patrol (WSP) troopers responded to the scene. All lanes of westbound I-90 near Rainier Avenue were closed for several minutes while troopers chased the suspect, but the suspect got away.

This is not the first time someone has thrown rocks or large objects at vehicles in the Seattle area this week. On Tuesday night, the Mercer Island Fire Department said someone threw large rocks or pieces of concrete at vehicles traveling on I-90.

The department said crews responded to two separate incidents of vehicles being struck near the Mount Baker Tunnel and Rainier Avenue exits.

The department said people in the cars were injured in both cases. One person was taken to a local hospital.

The WSP said it is looking for at least two people responsible for Tuesday’s incidents.