'I was in shock': Rock thrown through woman's windshield on I-90 in Seattle

Leigh Potashnick saw a man standing on the shoulder of the freeway, and she watched as he threw the rock directly at her car. 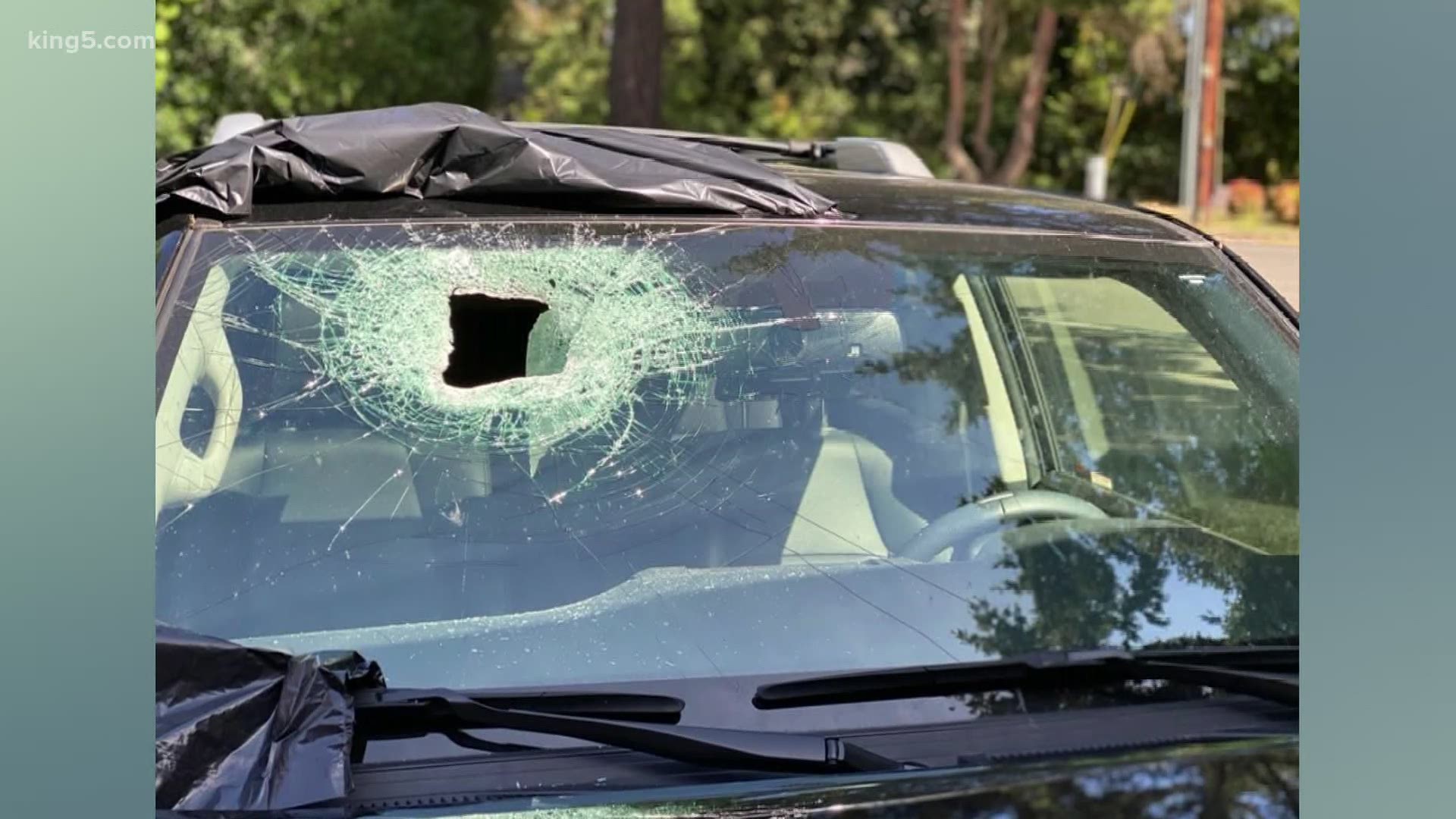 Sunday, Sept. 5, 2020, Leigh Potashnick was driving on Interstate 90 and just before she entered the Mt. Baker tunnel something caught her eye.

“I had noticed a gentleman on the side of the road and I just thought he was going to cross the freeway. And then he just threw the rock,” she said.

That rock came hurling through her windshield.

“I went into this almost like survival mode where I didn’t cry but I was just numb and like, ‘did that just happen?’ I was in shock and disbelief that this just happened,” Potashnick said.

After bursting through the windshield, the rock landed in the back seat of her car knocking the middle seat out of place.

She drove through the Mt. Baker tunnel and pulled off to the shoulder and called 911.

“I turned around and there was glass covered all over myself, all over the front dash to the entire back and I didn’t move,” she said.

The rock, larger than a mason jar, came feet from hitting her. Luckily she was unharmed.

“That person was really trying to hurt someone, you don’t just throw that size rock and not think there could be some damage that could happen.”

Washington State Patrol Trooper Rick Johnson said rocks are thrown at cars a few times a year, mainly around Seattle where pedestrians have easy access to freeway shoulders and overpasses. And while they want to catch the suspect, it’s a tall order because as soon as the crime is committed, the person responsible is gone.

This incident isn't the first one this year, either. In August, a driver's dash camera actually captured video of a person throwing objects at cars along Interstate 5. There's no evidence that either of the incidents are connected.

Trooper Johnson said in a statement to KING 5: “It’s frightening to us. Our job is to protect the motoring public. If something like this happens, pullover as soon as it’s safe and call 911. Any description you can give will help us in the investigation.”

“I was very thankful that I was okay. I was more thankful that my kids and my dogs and my husband and family wasn’t in the vehicle,” Potashnik said.

While her car can be fixed, the emotional damage may be long lasting.

“Every time I pass an overpass, I think could there be someone that’s up there doing this maliciously. It’s really scary,” she said. “You think you’re safe on the highway and you just never know and you have to be careful.”