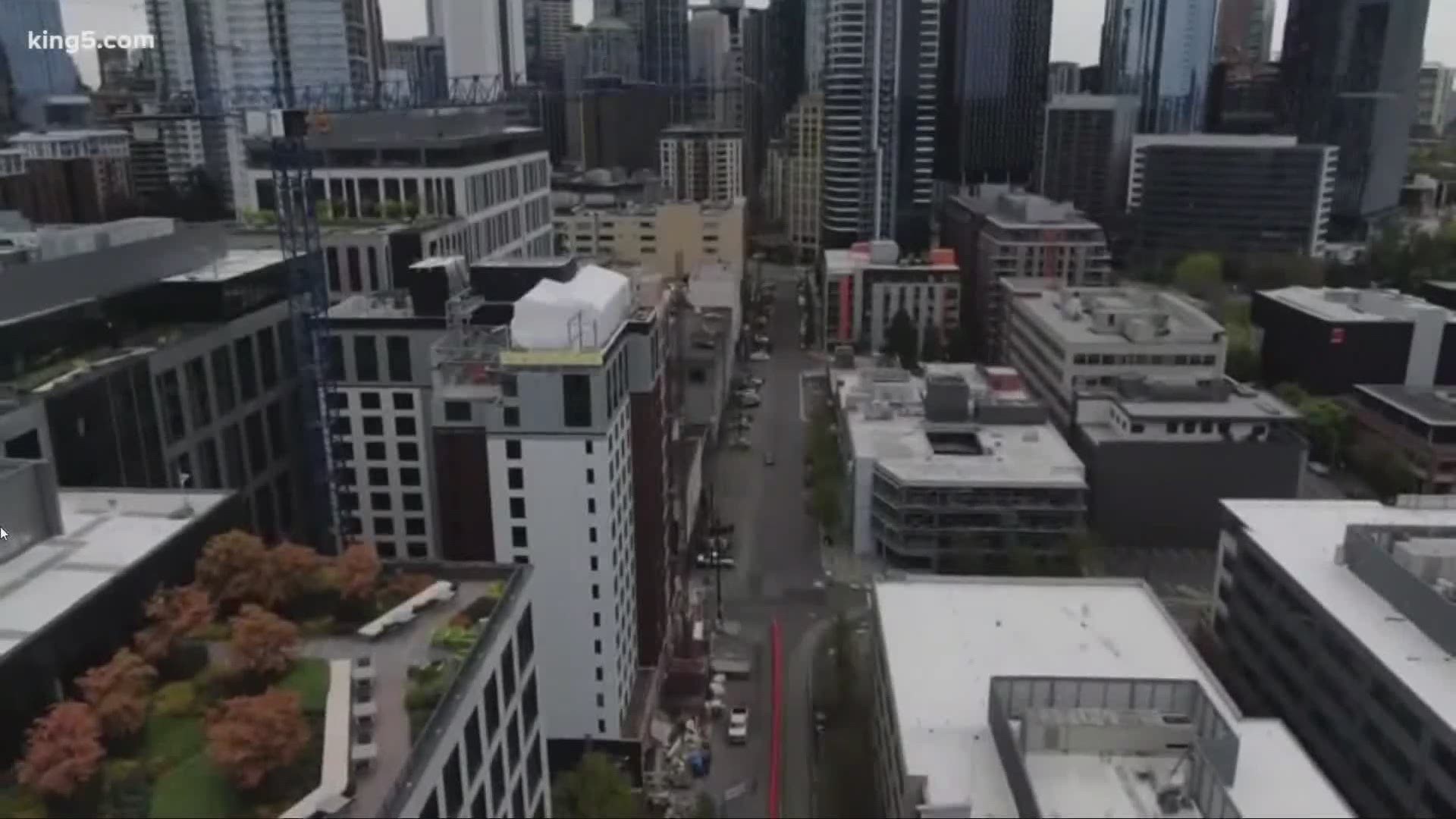 SEATTLE — In Seattle, remote work is on the rise. More employees are adopting the work-from-home model because of COVID-19. The change is having an impact on small businesses in downtown Seattle.

"It definitely feels harder every single day to go out there and turn on the lights," said Sagan.

Don Blakeney, Vice President of Advocacy and Economic Development for Downtown Seattle Association (DSA), said, "first and foremost, we have to follow the advice of our public health officials."

Blakeney said that priority during the pandemic has obviously created serious challenges in the center of the city.

"We have close to 100,000 people living in the downtown area, which makes it a neighborhood," Blakeney said.

But what's missing is the rush of workers.

Companies like Amazon are offering a work from home option for eligible employees until next year. Some King County employees can telework until 2021. Google is extending a work-from-home option until next Summer.

Zillow, with its headquarters in Seattle, is offering most employees the flexibility to work from home indefinitely, saying their teams have found creative ways to work together remotely.

Approximately 72% of downtown jobs can be done that way, according to DSA.

"The decisions large employers make definitely affect the landscape for brick-and-mortar businesses in their neighborhoods--it's an ecosystem. The ripple effects of extended remote work illustrate why getting the spread of the virus under control is critical, and why it's so important for local officials to stay focused on helping businesses of all sizes, and the jobs they offer, recover during this difficult time," said Alicia Teel, a spokesperson for the Seattle Metropolitan Chamber of Commerce.

According to DSA, 47 downtown businesses including retail, restaurants and nightclubs have announced permanent closures, specifically citing the impacts of COVID-19.

DSA said what is important right now is flexibilty from city government so businesses are able to operate in new and different ways. Blakeney said one good example of that is the temporary, free permits for sidewalk cafes that city of Seattle is offering during the pandemic.

RELATED: How to avoid work from home burnout

RELATED: Guess who needs help adjusting to your new work from home life ... your pets!