Rex the German Shepherd was released from the animal hospital on Sunday afternoon. 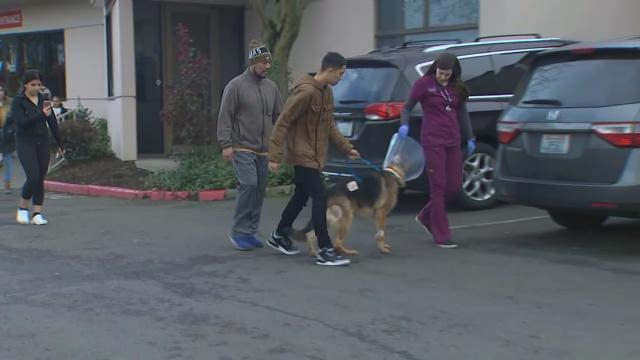 A German Shepherd named Rex was shot protecting his home and teenage owner from intruders in Des Moines on February 21. The hero dog underwent surgery and was released from the hospital on Sunday afternoon.

Rex emerged from BluePearl Veterinary Partners wearing a cone and walking with the teenage owner he protected during the home invasion last Wednesday.

"He's walking fine. He's just very excited. He's trying to lead the pack, trying to get in front of everyone. He doesn't want no one in front of him," said his owner.

The boy's mother revealed their home was re-burglarized sometime between Wednesday and Friday, when the family was visiting Rex in the clinic. She says they are planning to move for their safety and peace of mind. 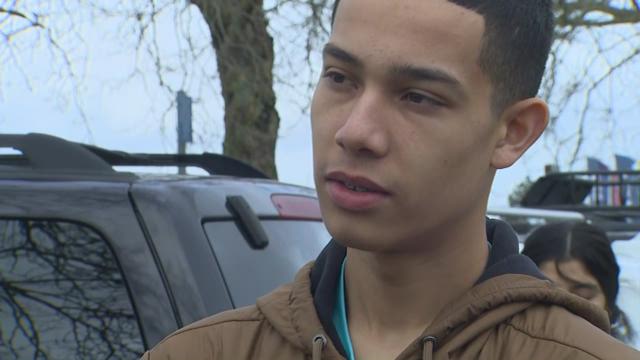 The German Shepard suffered multiple gunshot wounds when armed intruders busted into his owners' house in Des Moines. He was shot in the neck and hind legs.

The hospital kept him for two nights while he recovered from surgery. Staff said he was stable and doing well enough to go home Sunday.

Related: Hear from the teenage boy that says Rex saved his life 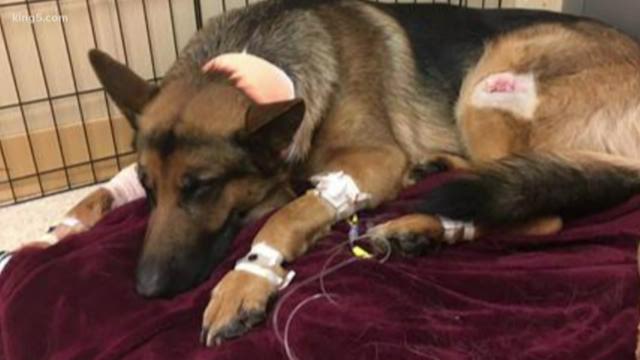 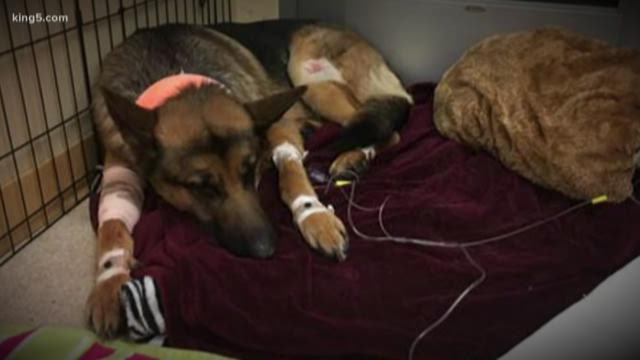