Retired female Boeing engineer reflects on 'me too' movement

An early female engineer for Boeing is welcoming the changes brought about by the #metoo movement, and she's sharing what it was like for her to work in a field dominated by men. 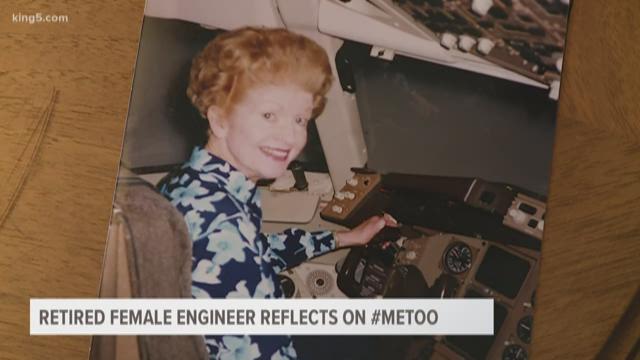 Workplace cultures are changing in response to the #metoo movement, which highlighted how poorly some women are treated while pursuing careers.

An early female engineer for Boeing is welcoming that change and she's sharing what it was like for her to work in a field dominated by men.

“A lot of people have asked me how I got along working with the guys, and I showed up every day and did my bit, and never had a problem, I can really say that,” said Nancy Breckenridge, who worked for Boeing for nearly 30 years and shared her experiences during a presentation in Des Moines, Thursday

She was working in a department store in Tacoma in the late 1960's when a friend dared her to apply for a job at Boeing as a buyer.

Breckenridge said she had never heard of the company, but because of the dare, she put in an application, and to her shock, a hiring manager called.

A few days later she had a job offer and she eventually moved up to working as an engineer on the 747 program.

She says at one point there were seven women in her building and 450 men. They didn't even have a ladies restroom in the building, but she spoke up and asked them to change that. 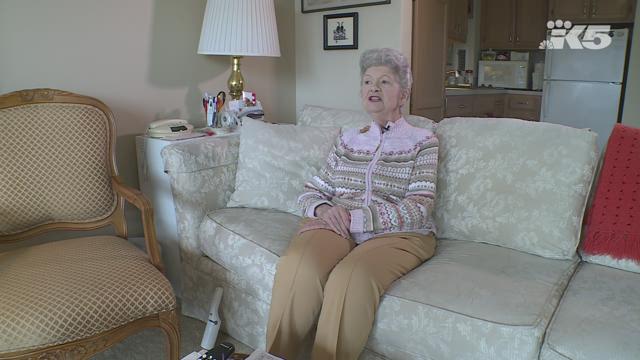 “Sure enough, the next morning we walked in and there were hand-painted little signs that said ladies room with an arrow,” said Breckenridge, who now lives at Judson Park, a retirement community, where she and other women who used to work for Boeing talked about their careers during an event, Thursday.

Breckenridge says she has been following the #metoo movement and although she was treated well in her workplace, she knows many women did not have the same experience.

“It's time, it's time, it was time 30 years ago, 40 years ago, but certain things weren't brought up, now everything is so open, you don't hide anything anymore, people are very open,” Breckenridge said.