Tacoma parks will rely on signage and the honor system, but Seattle and Burien are taping off playgrounds and bathrooms to slow the spread of coronavirus. 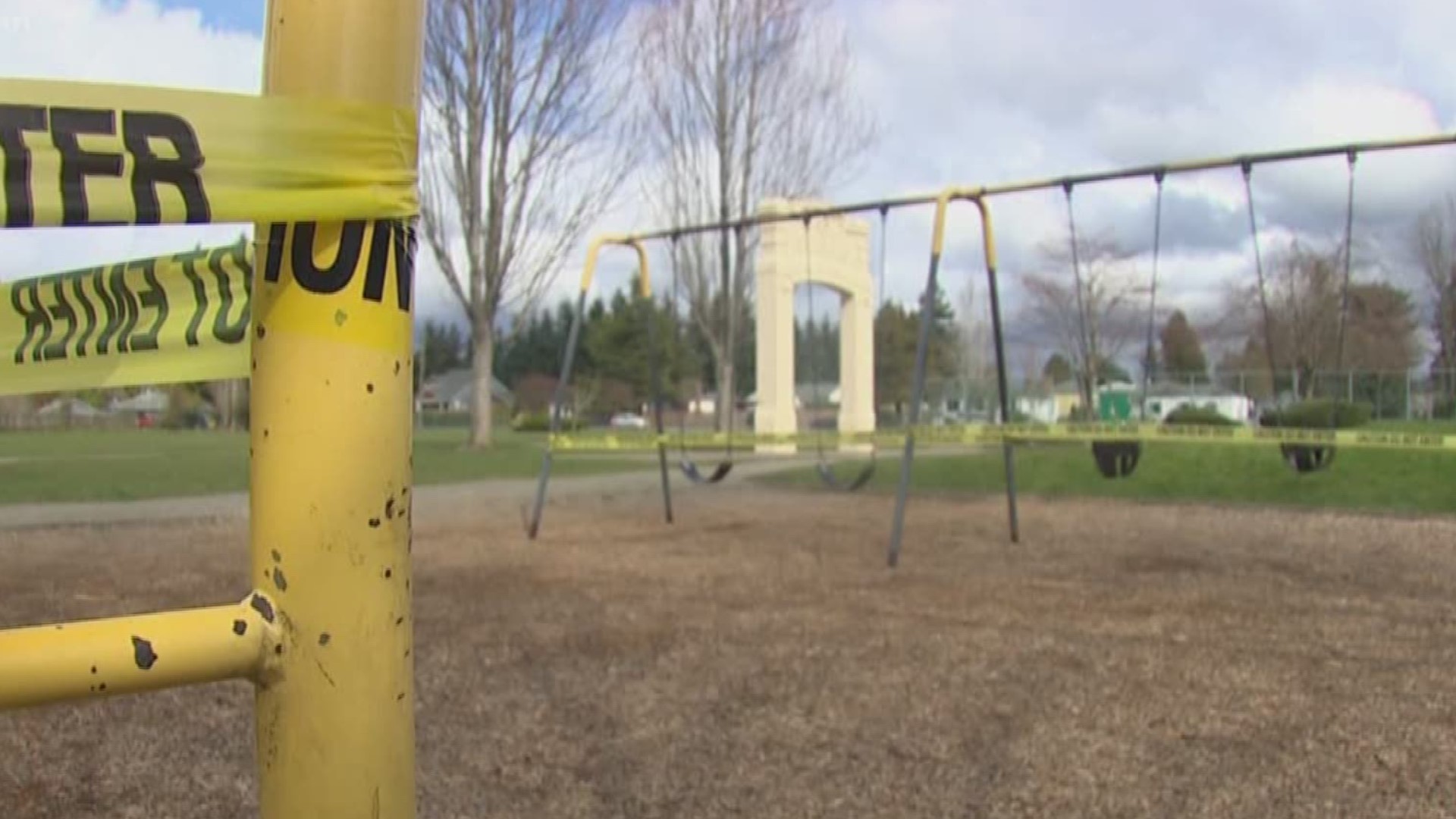 TACOMA, Wash. — One day after Gov.Jay Inslee issued a stay-at-home order for the state of Washington, Metro Parks Tacoma announced that parks in the city would remain open, but park bathrooms, parking lots, playgrounds and sport courts would close.

“It’s a nuanced message,” said Metro Parks spokesman Hunter George. “What we’re trying to do is put in some measures that will limit the ability for large crowds to gather.”

On Monday, the governor stopped short of closing parks. He encouraged people to go outside and take walks or ride bikes — while keeping their distance from others.

“If you want to have parties on the beach or play pick-up basketball at the park, or have sleepovers, these are no longer allowed for at least a couple of weeks,” he warned.

The weekend before the governor’s announcement, Tacoma parks — like many public recreational spaces throughout the state — saw a surge in use. It was comparable to what would normally happen during the summer months, George said.

Parks in other cities are planning a more aggressive approach to keep park visitors from lingering.

Seattle, Bellevue, Burien, Lynwood and Everett all shut down park playgrounds ahead of the governor’s speech. At parks in Seattle, Burien and Federal Way, crews used caution tape to cover swing sets and jungle gyms.

George said Metro Parks Tacoma would not go that far. Tacoma has roughly 70 parks and maintenance crews are short-staffed.

“Really what we’re relying on is the honor system,” he said. “We’re asking people to do the right thing.”

George said between the governor’s stay-at-home order and this week's change in weather, he was hopeful that Tacoma parks would see fewer gatherings and more social distancing.