Over 80 Seattle restaurants are joining with Pearl Jam to make a big impact Wednesday. 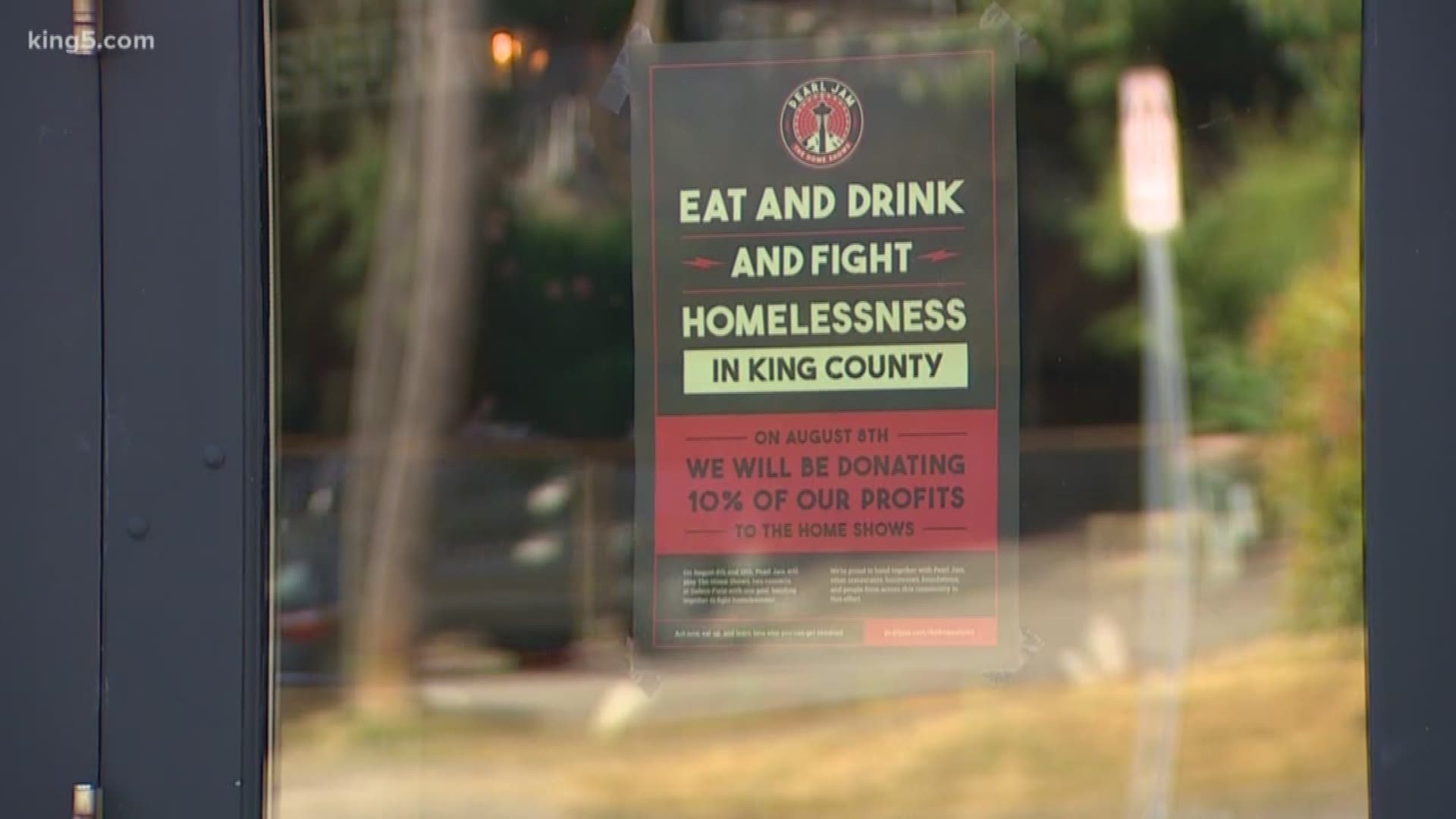 Outside of Safeco Field Tuesday fans were camping out and counting down until Pearl Jam takes the stage. The band's "Home Shows" will happen on Wednesday and Friday. The concerts are a collaborative effort to fight homelessness.

In the 28 years since Pearl Jam formed, Seattle's population has grown by 40 percent. The number of people living on the streets has spiked. The last count in King County found over 12,000 people experiencing homelessness.

Angela Stowell, co-owner and CEO of Ethan Stowell Restaurants, says businesses want to be part of the solution.

"We had the opportunity to get connected with the band members of Pearl Jam and their team when they were thinking about what they were going to do with this effort," said Stowell.

As a result, Stowell reached out to King County's restaurant community.

"It was an immediate 'yes' from everyone I talked to," said Stowell.

More than 80 restaurants have agreed to make donations to help the homeless on Wednesday, the same day as the first concert.

Rich Gantner, the general manager of Endolyne Joe's, says his restaurant will donate 10 percent of its profits on Wednesday.

"It is the right thing to do," said Gantner. "We operate neighborhood restaurants in the Seattle market, and in every neighborhood that we operate there is a homeless population."

He says in order to fight homelessness, it requires everyone to come to the table.

"It's been a really collaborative spirit in this whole process," said Stowell.