A district supervisor in the northern portion of Spokane County has reported people throwing shovels, and yelling threats and obscenities at the drivers. 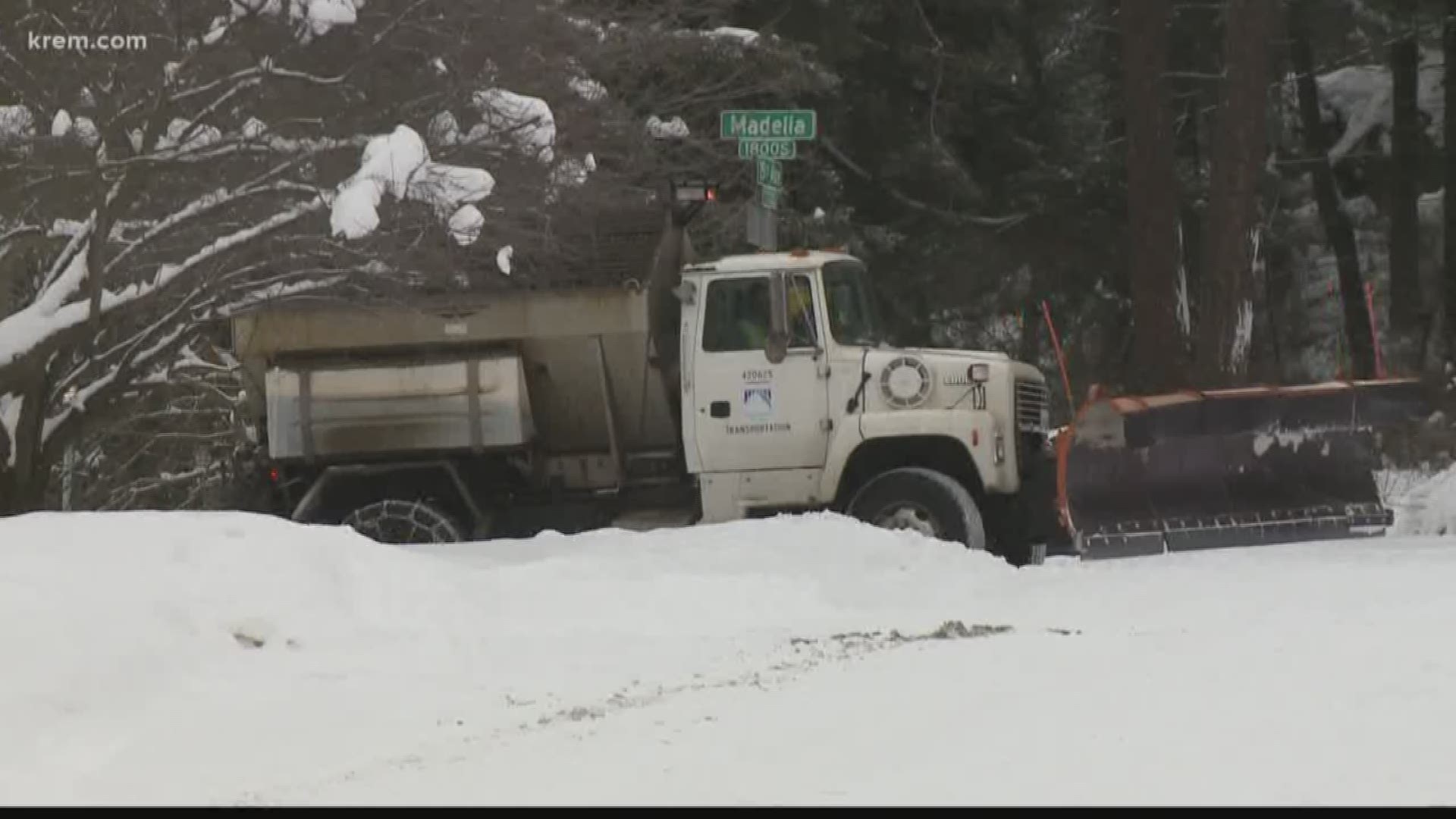 County spokesperson Martha Lou Wheatley-Billeter said a district supervisor in the northern portion of Spokane County has reported people throwing shovels, and yelling threats and obscenities at the drivers.

“There was one incident [reported] of someone saying, ‘Stop and get out of there or I’ll kick your [expletive],'” Wheatley-Billeter said.

In a statement on Friday, Wheatley-Billeter said that threatening plow drivers and grader operators is “unacceptable” and, depending on the severity of the encounter, could lead to criminal charges.

Wheatley-Billeter said she is worried that incidents will escalate with more snowstorms on the way. County crews hoped to finish a full plow by early Friday morning but more snow hindered their efforts, which has left some residents in non-priority areas frustrated that they have not yet seen a plow.

“It just keeps snowing and then they have to go back and clear roads,” Wheatley-Billeter said.

In February 2019, two Spokane County plow drivers were threatened and yelled at over two days during snow removal.

One man yelled at a plow driver and climbed over equipment before the driver called 911. He had a holstered gun but did not threaten the driver with it.

Another angry resident last year told a plow driver that he “may need to go inside and get his shotgun.”

Last year's incidents prompted conversations among county leaders about putting GoPro cameras in plow drivers’ vehicles, which has not happened yet due to a lack of funding, Wheatley-Billeter said.

She added that the county did install about six new snow gates this year to avoid leaving berms on driveways.

“We will never have gates throughout the entire county road system because they can only be used in urban, residential areas,” Wheatley-Billeter told KREM about the snow gates in 2019.

County snow removal crews have been working 12-hour shifts around the clock since Jan. 10. The county road system has 5,000 lane miles.

More information about roads that the county will plow is available online.

Those who want to know when a plow will arrive in their area can also check the county’s online snow plow activity map.