Although the Coast Guard suspended its search for the missing officer, Tulalip police say they are continuing their efforts and have narrowed their search area. 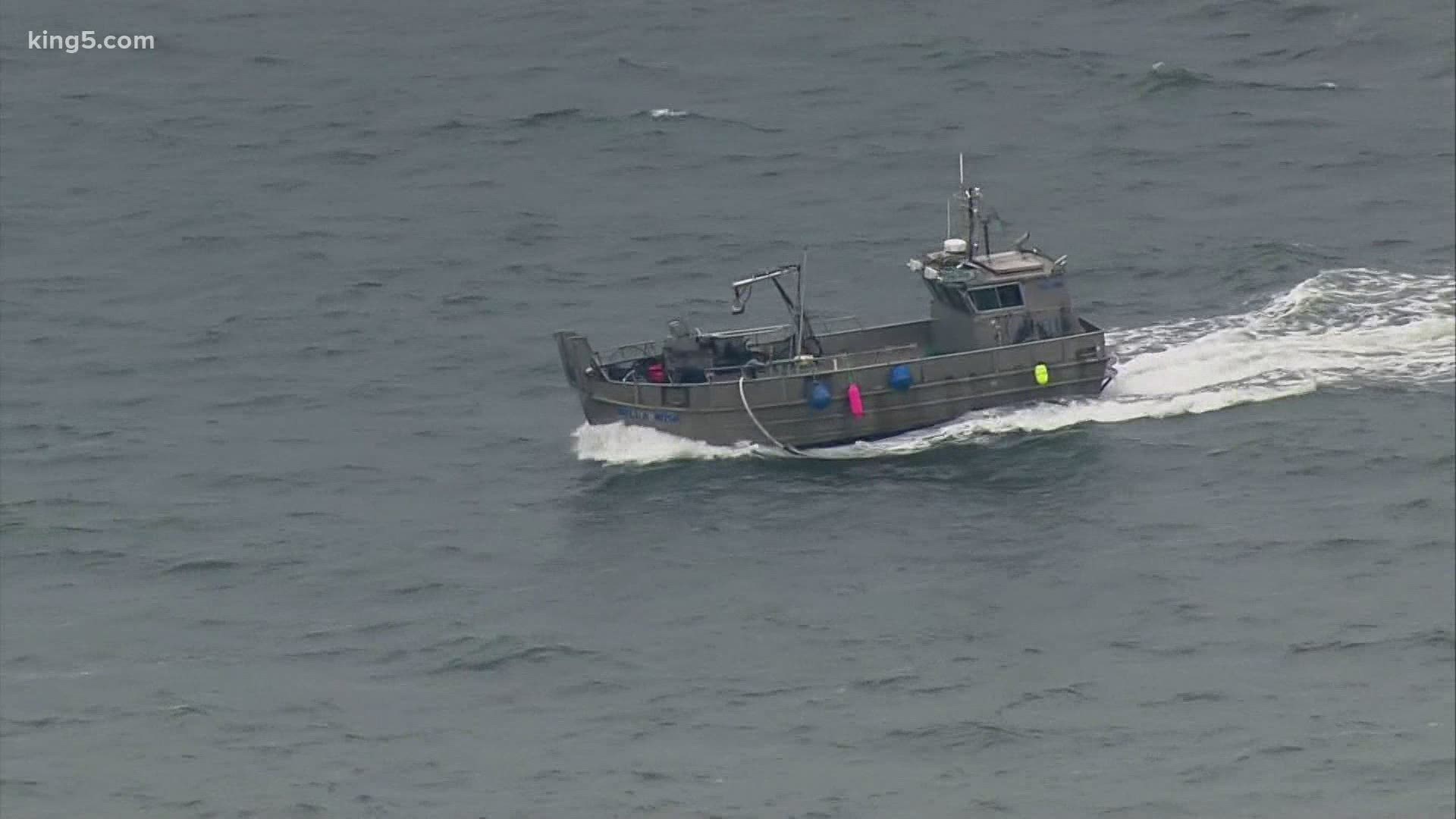 EVERETT, Wash. — Tulalip police say they are still searching for an officer who is presumed dead after a fisheries vessel capsized Tuesday night.

But Tulalip police said Thursday their efforts are continuing and they have narrowed their search to some "key areas." They are deploying new resources such as side scan sonar, submersible cameras, and dive teams. Tulalip police said they have about a dozen government agencies, local tribes, and volunteers helping them in the search.

"Rest assured, we are committed to search until we bring Charlie home," said Tulalip police in a statement Thursday.

According to Tulalip Police Chief Chris Sutter, the Tulalip Police Department fishery vessel was helping another vessel when a large wave hit the 24-foot patrol boat, causing the vessel to capsize. Cortez and Officer Shawn Edge, the 39-year-old boat operator and captain, fell into the water. Officials believe both were wearing life vests.

Edge was rescued and is being treated for hypothermia.

Cortez has been with the tribal police department for approximately three years. Sutter said Cortez is “a father, a son and a brother to all of us.” 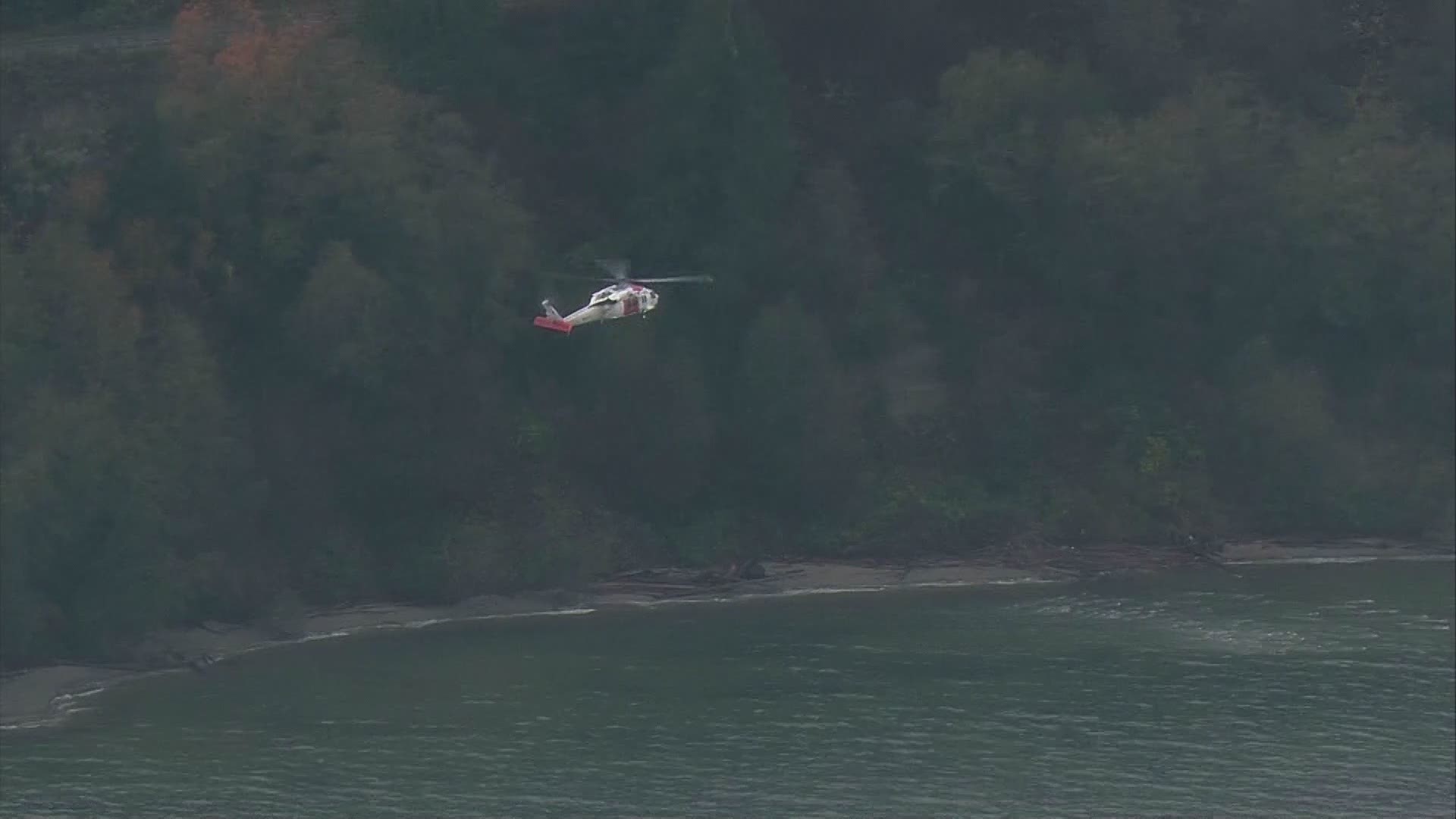 “We haven’t given up hope, we’re praying for a miracle, but we’re also realistic of how dangerous these waters are and how fringed they are,” Sutter said Wednesday.

The department held a joint press conference Wednesday afternoon with an update on the extensive search for Cortez.

The Coast Guard said they have covered 835 square nautical miles of searching since the boat capsized late Tuesday night. The search has been a joint effort from several neighboring agencies and the Coast Guard, Navy, tribal police department and Everett Police Department – from the sea and air, including helicopters and drones.

Sutter said there has been “tremendous support” with the search effort, including around 40 tribal fishermen from the Tulalip and other nearby tribes. Sutter said beaches were searched, and crews sent up drones.

“As our search and rescue effort transitions to a search and recovery, we are heartbroken," said Tulalip Chairwoman Teri Gobin. "Our people are connected to the water and we know what we risk when we go out.”

Crews were dispatched for a water rescue around 8:30 p.m. Tuesday. First responders located the overturned vessel near Jetty Island around 11:10 p.m.

Edge, the second officer on board, was found near Hat Island by a Tulalip fisherman private vessel around 11:45 p.m. Edge was in a hypothermic state and sent to Providence Regional Medical Center. Sutter said the officer was alert and is expected to fully recover. 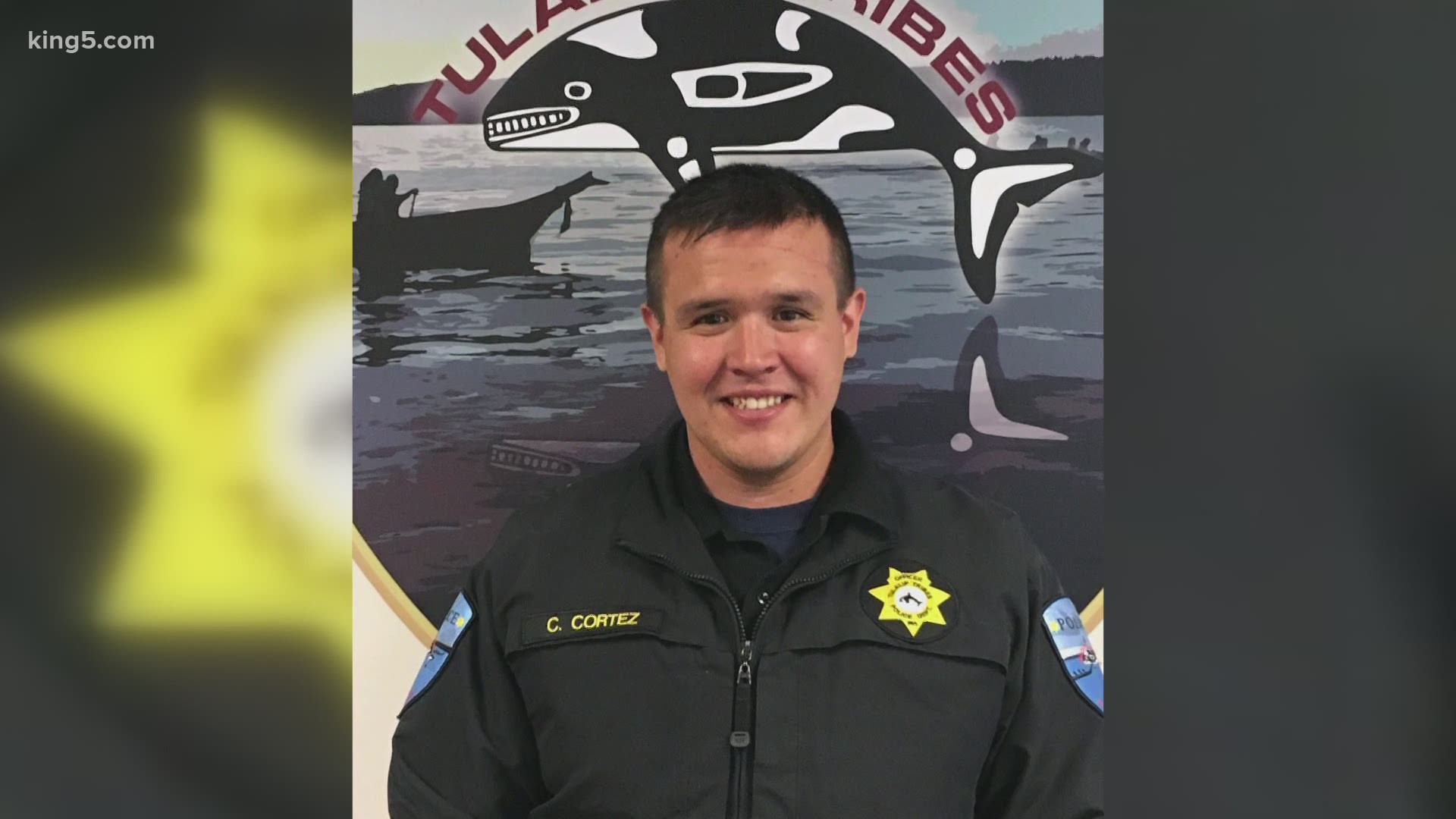 Because of the cold water temperature, which was about 50 degrees, and the number of hours Cortez has been missing, Tulalip police believe he is dead. Cortez is the first Tulalip Police Department officer to die in the line of duty.

“Charlie was a wonderful man and officer,” said Sutter. “We are devastated by this loss. Tulalip Fish and Wildlife are often called upon to conduct searches such as this one. I know Charlie would have been there for you, and I can’t say thank you enough to the many individuals and agencies that came together to be there for him. The search for our missing officer will continue until he is brought home.”