Data from 32 spots along the state's highways shows that traffic is still down about 8% compared to 2019. 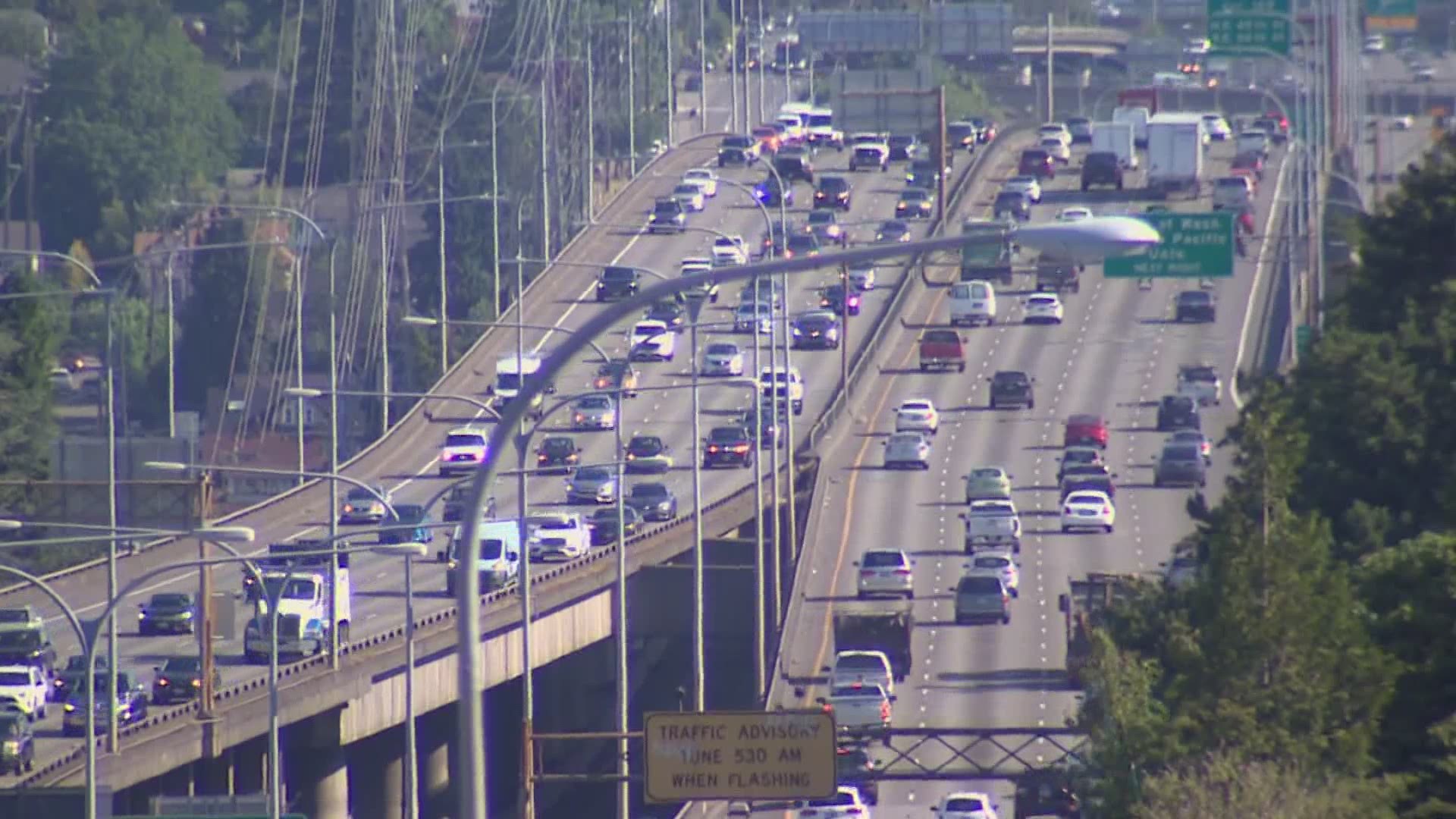 SEATTLE — A recent study on the state of America's roads and bridges ranks Washington as the 10th highest for congested urban highways.

The study shows that 58% of the state's highways are considered some of the busiest in the nation.

As roads were left nearly empty for more than a year, experts say the return to pre-pandemic traffic levels won't be like turning on a light switch, even after Wednesday when Gov. Jay Inslee reopens the state.

"Traffic has actually been slowly increasing in the last few weeks. That morning commute is at its peak, it just doesn't start as early or last as long," said Bart Treece with the Washington State Department of Transportation (WSDOT).

As a whole, highway traffic from 32 points across the state shows traffic is down by about 8% compared to pre-pandemic levels.

However, that number differs between counties and highways. For some parts of I-5 in Pierce County, traffic is up by 1% and down 17% near the King- Snohomish County borderline.

"When you look at what makes a trip and builds traffic, commuting is just one part of it. There are social visits, people running errands, discretionary travel and all of that can add up," said Treece, who also noted the department likely won't know when traffic will reach pre-pandemic levels for at least a few months into the state's reopening.

"How are people traveling and when they're traveling, if people take more transit or if they take trips within their neighborhood, those factors are going to have effects on our systems and the state highways and interstates," Treece continued.

While WSDOT admits the state has a congestion problem, it also says they take small steps to help the flow.

According to Treece, the department also fell short annually on funds to fix the highways by about $425 million.

Researchers for the study and WSDOT are calling on legislation for more funding.