A Renton man was trapped under a tree for 40 to 45 minutes after a storm knocked it down onto his apartment building. 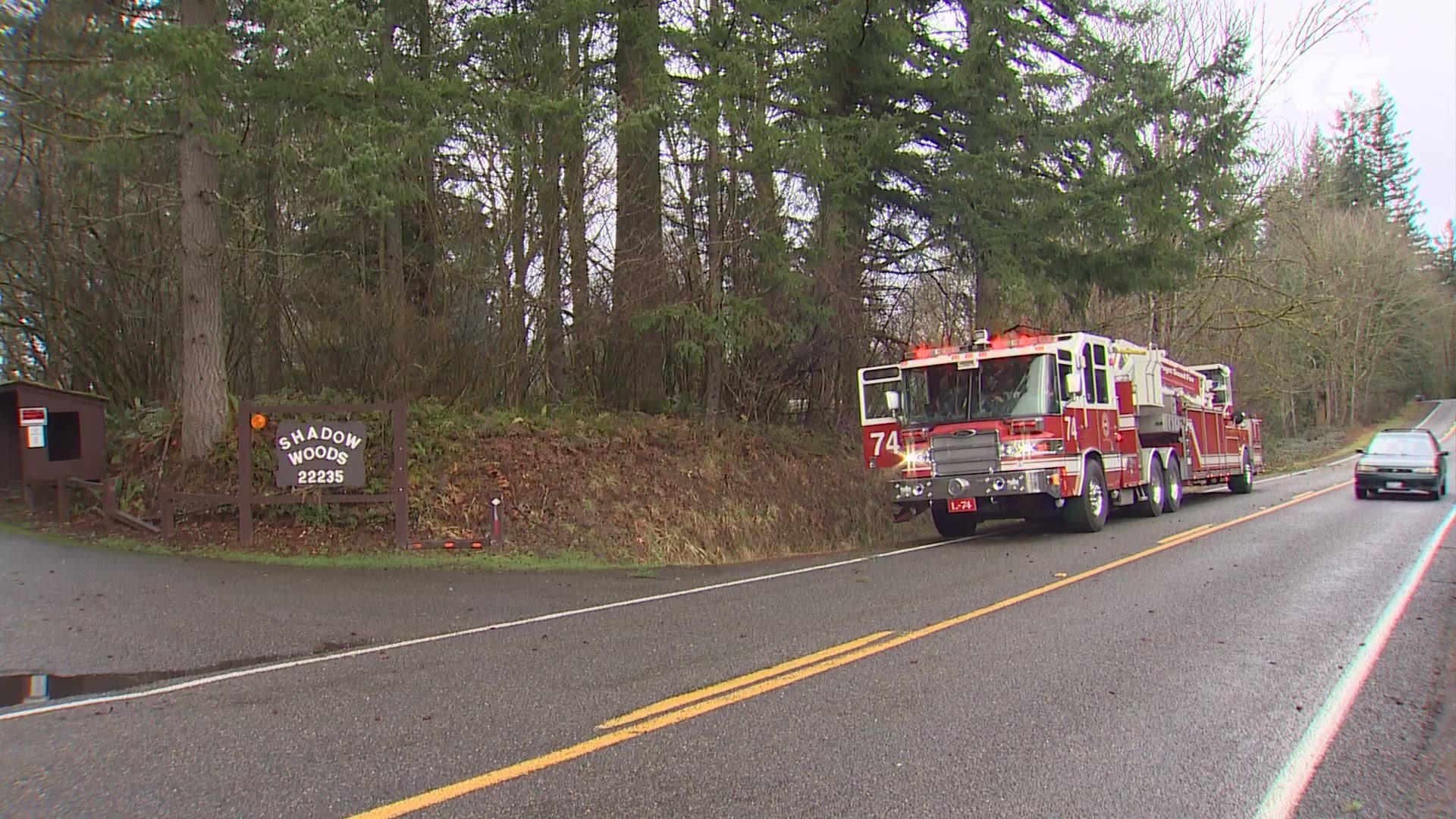 RENTON, Wash. — One man was critically injured after a tree fell on a six-unit apartment building in Renton on Sunday morning.

Dispatchers received a call about 7:05 a.m. that there was a possible tree through a home in the 22200 block of 196 Ave. SE, according to Puget Sound Fire Captain Joe Root.

An approximately 200-foot tree fell on top of the building, trapping one man who was sleeping on the couch at the time. The tree fell across the man's pelvis, according to Root.

The tree fell through the second floor, damaging the first floor of the building as well.

Initially, the building's property manager called in a tree service, but the response was upgraded to a technical rescue, calling for additional crews and even a crane service to stabilize the tree. Seattle Rescue 1 was brought in to assist with the crane, according to Root.

Rescue crews used cribbing and shoring to stabilize the tree while they extricated the trapped man. They were eventually able to rescue him from below, leaving the tree on top of the building.

The man was trapped for about 40 to 45 minutes, according to Root.

“A terrifying experience, but on the positive side he was conscious and alert the entire time with crews there to assist him,” Root said.

The injured man was taken to Harborview Medical Center in Seattle in critical condition with possible crush injuries. A spokesperson for the hospital said the man was treated for his injuries and released.

Root said the rescue was unusual, because they don't call in Seattle Rescue 1 very often, and it was the first time in his career to call in a crane to stabilize a tree.

"A unique call for the rescue resources involved," Root said.

The fire authority said it is working with displaced residents. 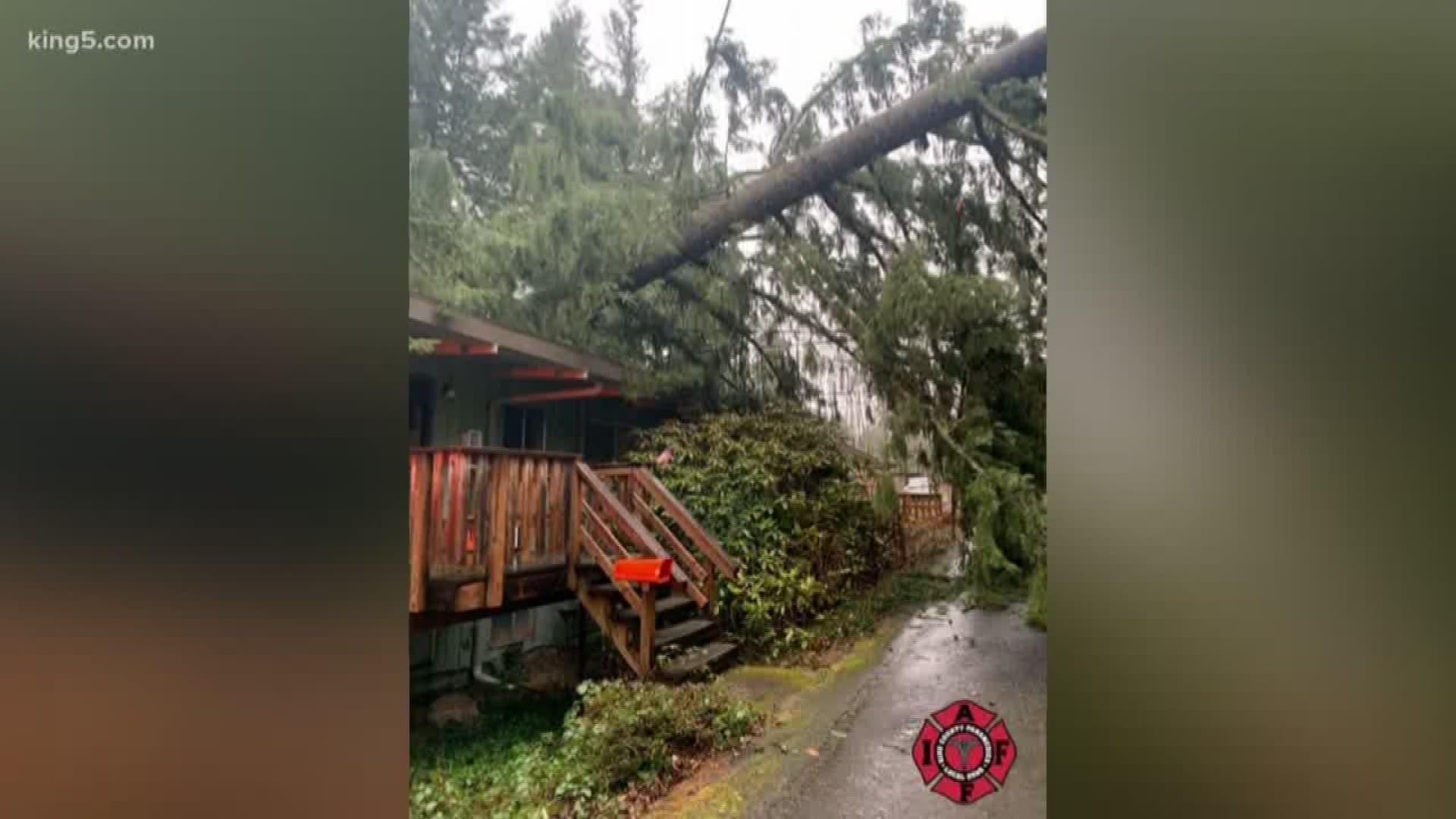 A cold front that moved through western Washington on Sunday morning brought gusty winds and heavy rain. Wind speeds were expected to range from 15 to 25 miles per hour with gusts reaching 40 mph.

Other areas in western Washington experienced storm damage and power outages. At one point on Sunday, more than 19,000 Puget Sound Energy customers were out of power.

Wildwood Park in Puyallup closed Sunday due to downed trees and power lines, according to Puyallup police. There is no estimated time for reopening.

Point Defiance Zoo and Aquarium in Tacoma also closed Sunday due to a power outage.

RELATED: How to contact your power company or report outage