A Renton church had its Pride Month display outside vandalized several times this month, a line of rainbow doors on the curb reading “God’s Doors Are Open to All.” 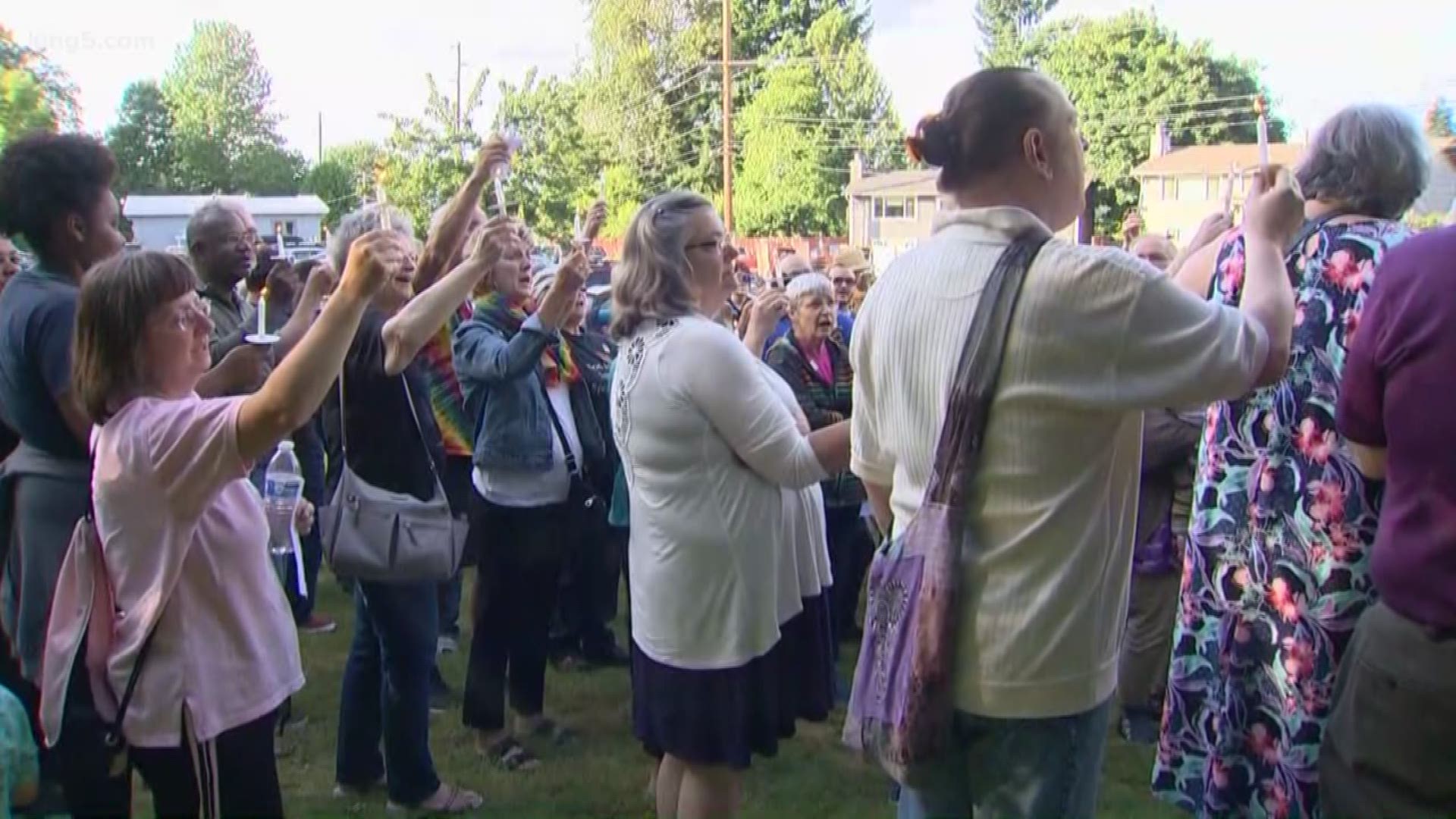 RENTON, Wash. — Members and supporters of United Christian Church in Renton gathered Friday night for a show of solidarity.

The church had its Pride Month display outside vandalized several times this month, a line of rainbow doors on the curb reading “God’s Doors Are Open to All.”

The display has been tipped over, burned, and most recently several doors had holes blown in them. An unexploded firework was found taped to the back of one, witnesses previously told KING 5.

The incidents sparked an FBI investigation. The bureau has not yet said if it is treating it as a possible hate crime.

Marlene Lund and Christine Griffiths attended a vigil at the church Friday night. They’re not members of the church, but before the vigil began they volunteered painting an additional door which reads: “Love Wins. Thank You Neighbors.”

“Anything we can do to combat whoever is trying to squelch that message of love and inclusion. It’s kind of a no-brainer that we needed to be here,” said Lund.

“People can see they have supporters,” said Griffiths.

“The door speaks for itself,” said Cameron McLaughlin, of United Christian Church. “And that’s how we feel about the neighborhood, and love is what’s important.”

Lund said she hopes the gathering spreads a better message than the damage, one of tolerance.

“I hope so, I really do,” she said. “I think it can pass from one person to another.”

McLaughlin echoed that thought, looking at the crowd.

Authorities have not indicated any potential suspects but previously said there is no danger to the community.