Southport complex aims to attract tech companies to its 700,000 square-foot office space. The developer says it expects to announce a tenant soon. 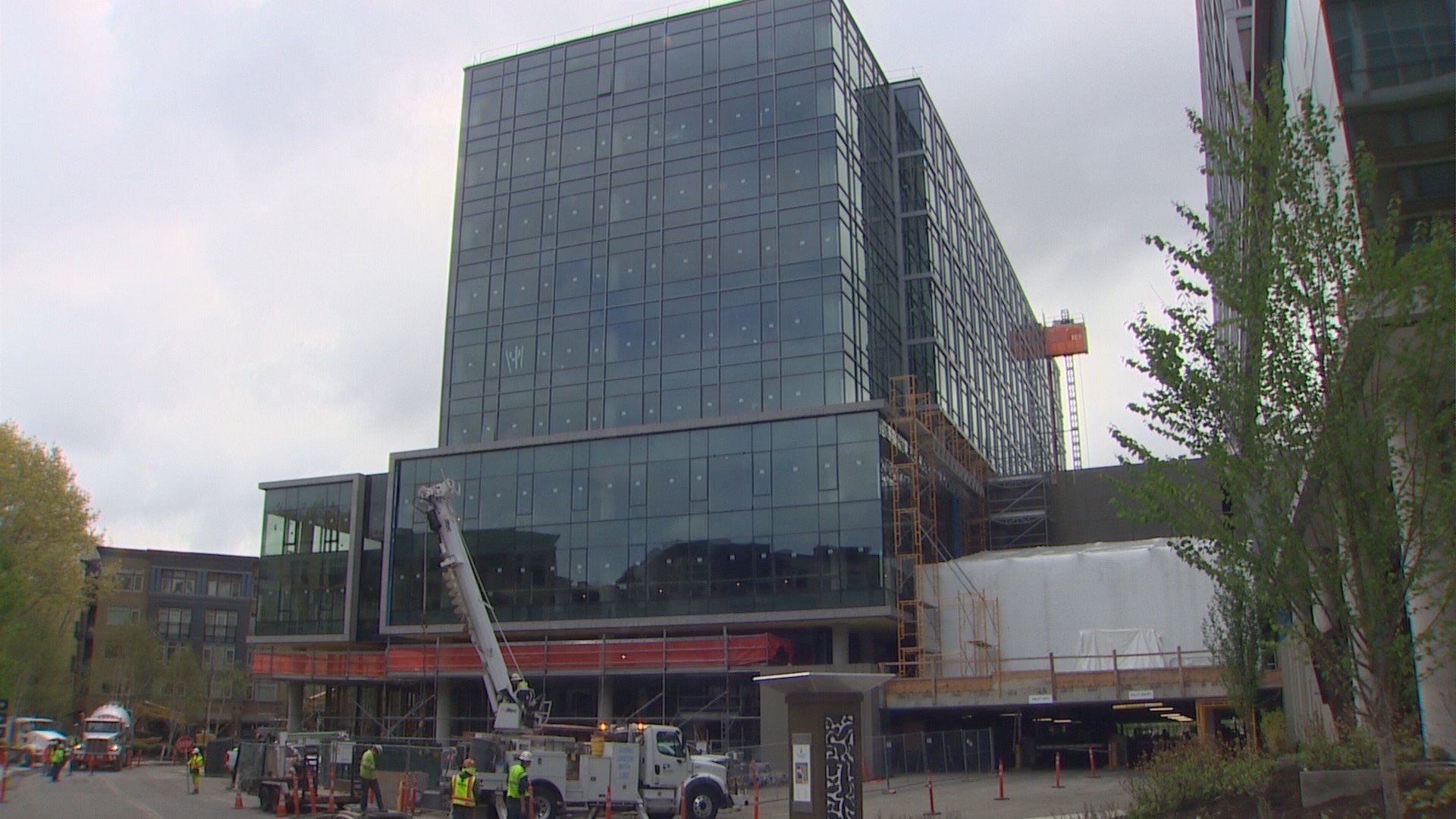 RENTON, Wash. — A new billion-dollar development at the south tip of Lake Washington is nearing completion, and project managers expect an announcement about a future big tech tenant soon.

Rocale Timmons, senior vice president of planning and development with Seco, says the space is specifically designed for a tech company, and there is a lot of interest.

"Large tech tenants are thinking about ways they can grow responsibly, and you have to think about emerging markets like Renton," she said.

The city of Renton has felt a growing resurgence in recent years when it comes to the local economy. Small and big companies in the tech sector are making Renton their home, including Wizards of the Coast, which created Magic: The Gathering and Dungeons & Dragons, and Bloqs, which builds websites.

"Anybody south of I-90 is going to be ecstatic for places like this," said Jon Bye of John L. Scott Realty.

Bye pointed out that the Southport development is certain to improve home values in the area too.

"Not everyone wants to be in the city, and this gives a different feel than downtown Seattle," said Bye.