A teen was shot inside the Target at The Landing in Renton. Police say he has non-life-threatening injuries and a suspect has not been arrested yet. 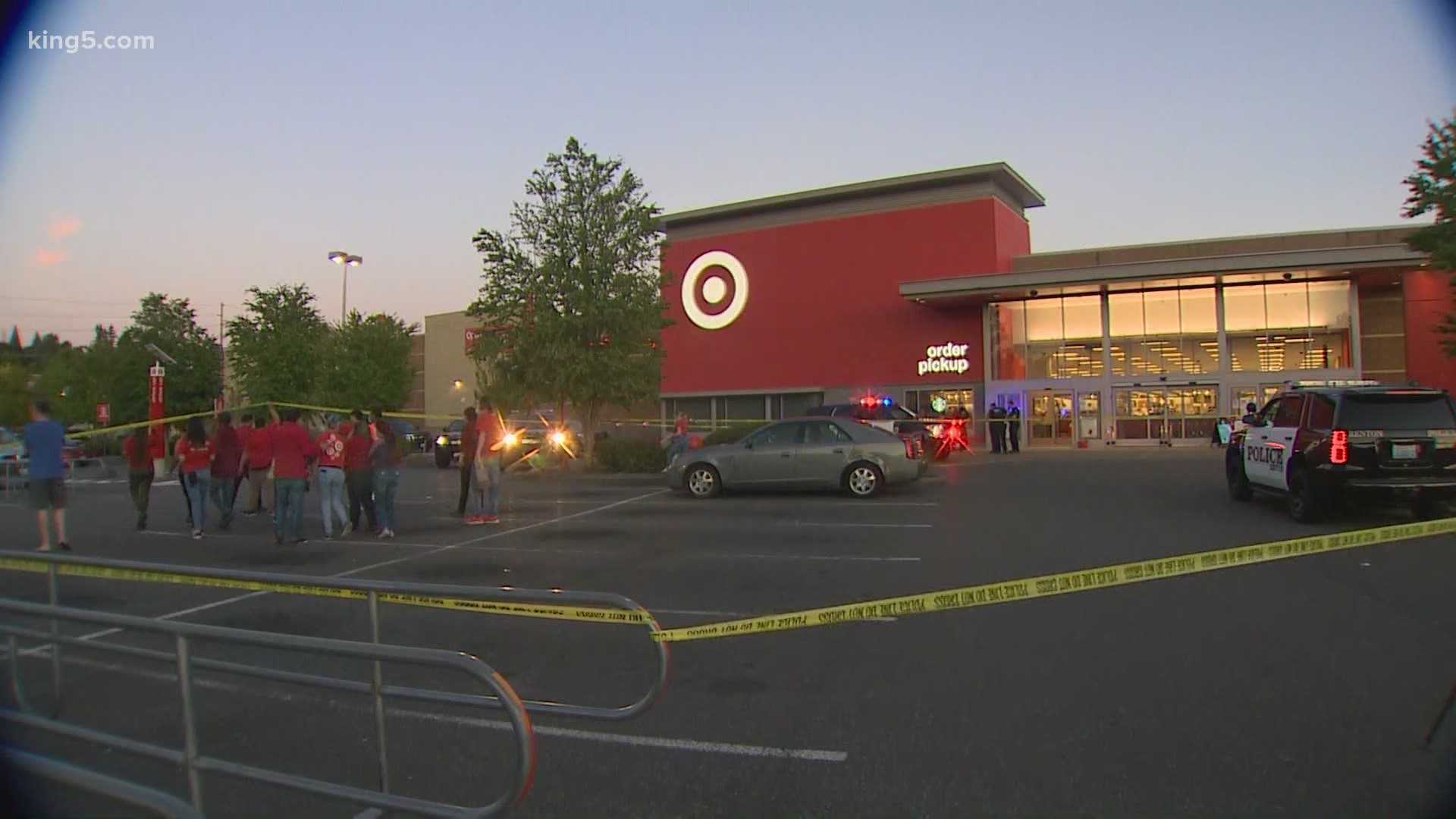 RENTON, Wash. — Dispatchers confirmed to KING 5 that at least one person has been shot inside the Target at The Landing plaza.

Police got the call just after 8 p.m. on Monday for the shooting at 1215 N Landing Way.

Officers said the victim was a 15-year-old boy, who was shot and was taken to Harborview Medical Center. Police say he has non-life-threatening injuries.

Renton police said this does not appear to be a random shooting and likely appeared after an argument broke out.

No one has been arrested yet and police said the suspect fled the area.

Police describe the suspect as a heavy-set Black man in a red sweatshirt and red sweatpants.

People are asked to avoid the area.

At approximately 8PM, Renton units responded to a shooting inside Target at the Landing. One victim transported to Harborview in unk condition. Suspect fled the area, still early in the investigation will update when more avail./cm pic.twitter.com/SwZqMdChfI

It's unknown what led up to the shooting. It's also unknown at this time whether the shooting was connected to an earlier shooting in Kent.