A newly expanded and renovated state lab is providing an expanded range of testing for infants who might be born with invisible and deadly disorders. 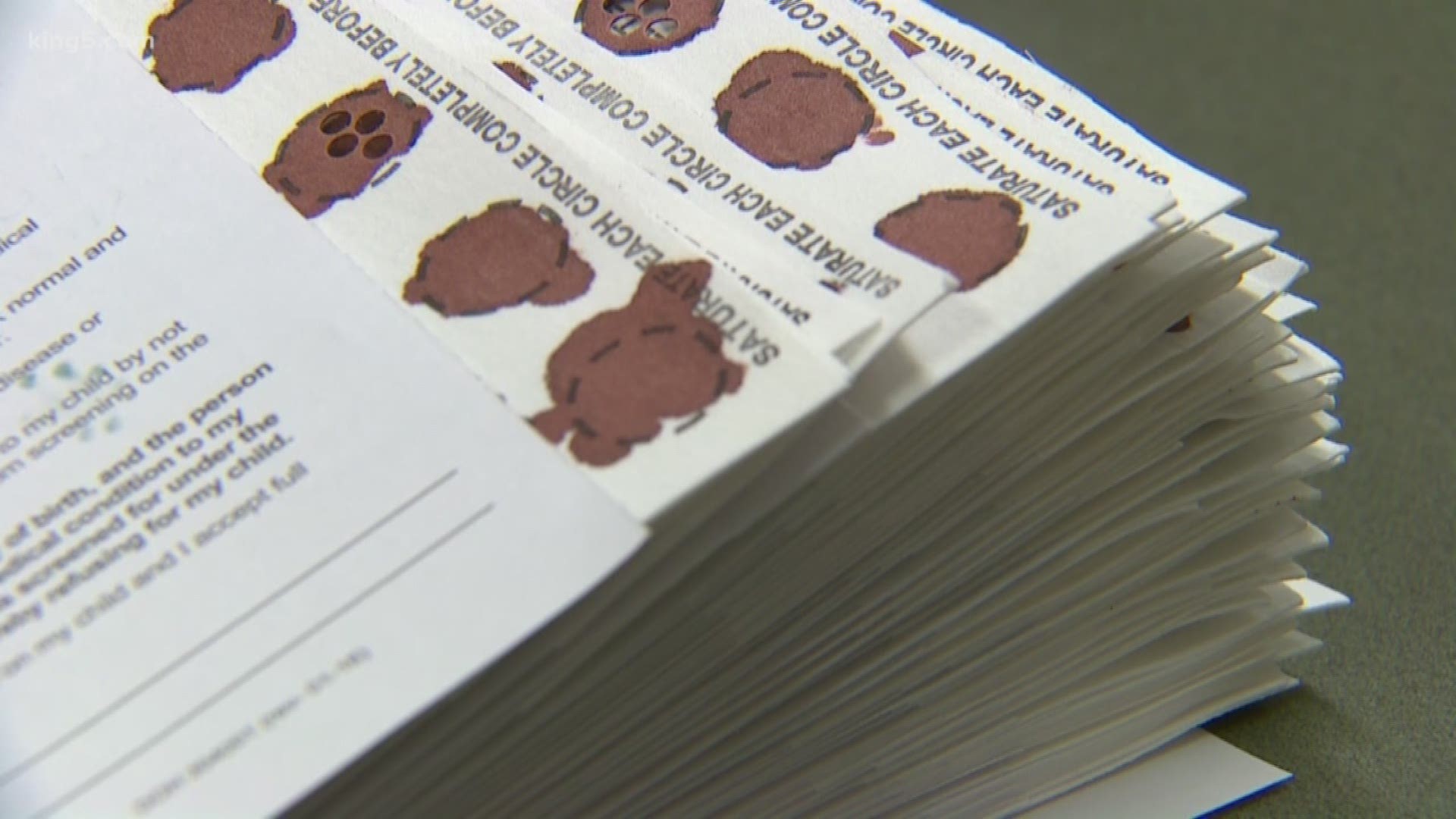 SHORELINE, Wash. — A newly expanded and renovated Washington state lab is providing an expanded range of testing for infants who might be born with invisible and deadly disorders.

The Washington Department of Health screens roughly 85,000 newborns each year for a range of problems at its Shoreline lab.

That work is motivated in part by a family who lost their son to a rare genetic condition.

“We know that it’s going to be life-changing for these families,” said Nancy Zakes, whose son Ethan was born with a rare genetic disorder.

For years, Nancy and her husband Brad didn't know what was wrong with their son. Doctors said it was ADHD, but something much worse was damaging his brain and robbing him of the ability to walk and speak.

At age 10, Ethan died from adrenoleukodystrophy (ALD), an inherited disease, which, if caught early, could've been treated.

Ethan was not tested for the condition, but because of the Zakes and other families who pushed the state for more testing, generations of newborns will be screened for the disorder.

The Zakes visited the Shoreline lab on Thursday to see the newly expanded newborn screening program.

“These instruments are giving us the information that can save future young babies born with this disease,” said Brad Zakes.

For every baby born in Washington, doctors collect a tiny blood sample on a card, which goes to the lab for a range of tests.

Technicians screen those samples for 29 conditions, including ALD. The state will test for two more conditions later this year and a third next year.

The health department said it can get test results in a week, and sometimes as few as three days, so doctors can take swift action to treat infants with hidden disorders.

“We are able to identify babies who are sick before the clinical symptoms happen and we're able to save babies from dying and save them from having permanent repercussions from becoming sick,” said John Thompson, office director for the newborn screening program.

“The work that’s done in this laboratory is I think one of the best-kept secrets in this state and the people that work here are truly unsung heroes,” said Brad Zakes.