The Kingdome was demolished on March 26, 2000 in a controlled implosion that caused its roof to collapse in under 20 seconds. 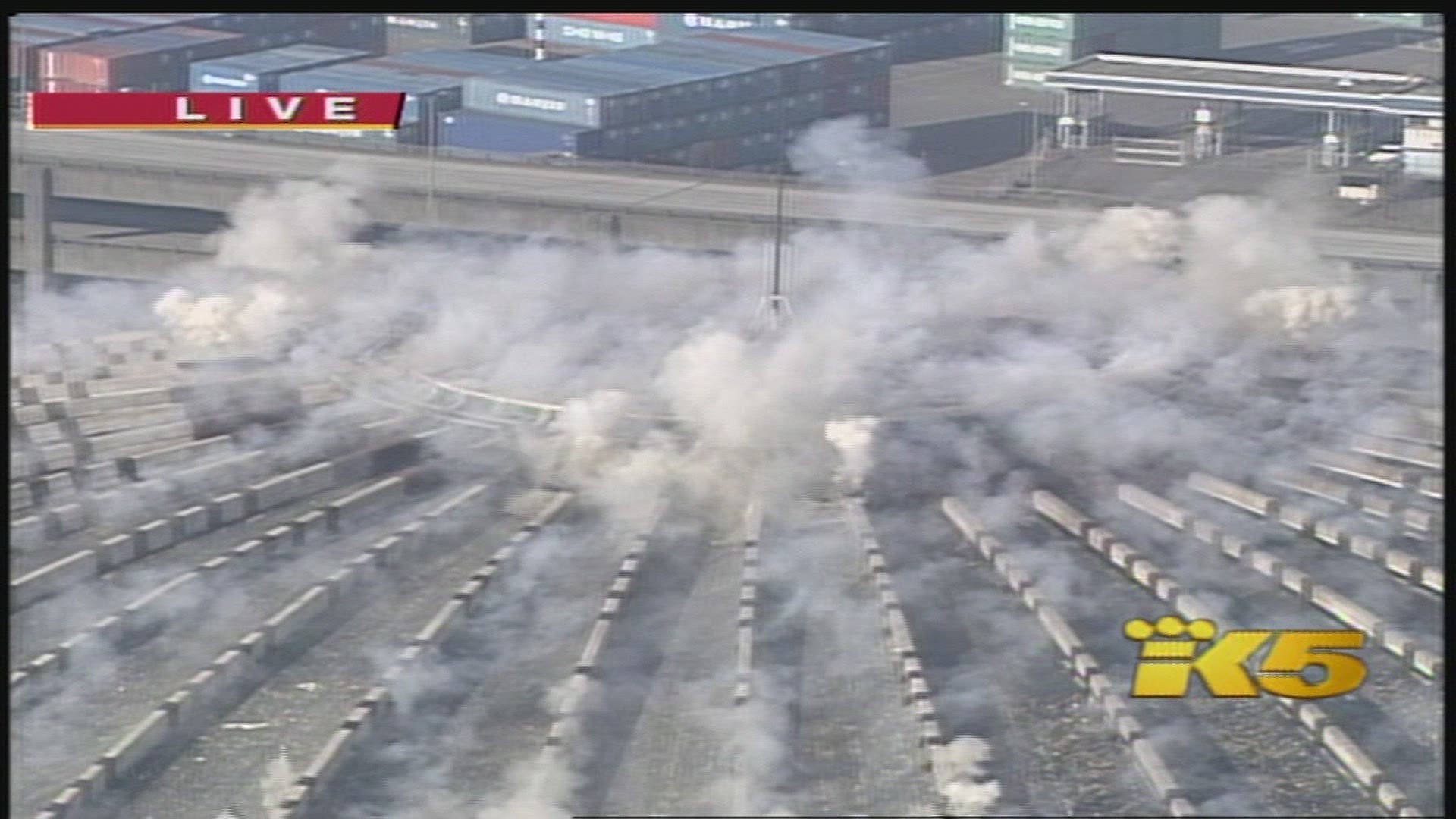 SEATTLE — On March 26, 2000, the city of Seattle said goodbye to one of its most iconic buildings: the Kingdome.

Nineteen years ago Tuesday, the Kingdome was demolished in a controlled implosion to make room for a new stadium, now CenturyLink Field. Thousands of spectators cheered from office towers and hillsides around the city as a series of blasts crumbled the massive concrete structure into a mound of rubble and dust.

PHOTOS: Looking back at the Kingdome implosion

Sparks from a 21.6-mile web of detonation cord flickered over the ribbed surface of the dome, followed by 5,800 gelatin dynamite charge explosions. The 25,000-ton roof collapsed into a billowing dust cloud in less than 20 seconds.

The Kingdome – dubbed the mushroom, the concrete cupcake and other less charitable terms over the years – was completed in 1976 at a cost of $67 million. The Seahawks made their debut in the Kingdome that year, and baseball's Mariners arrived a year later.

The dome was a necessity in the Rainy City, but fans complained that the concrete stadium was too small for football and not intimate enough for baseball.

What's more, it leaked. And in 1994, four 15-pound ceiling tiles crashed into the stands just hours before a Mariners' game.

PHOTOS: A look at the Kingdome falling tiles

The anniversary of the falling Kingdome tiles

Ken Griffey Jr. found one advantage to the stadium – it was a home-run hitter's paradise where he once hit 56 homers in a season. And the concrete dome amplified the volume inside, earning screaming Seahawks fans the honorary title of 12th player.