Thursday, Friday, and Saturday are expected to be some of the busiest travel days at Sea-Tac Airport this holiday season. 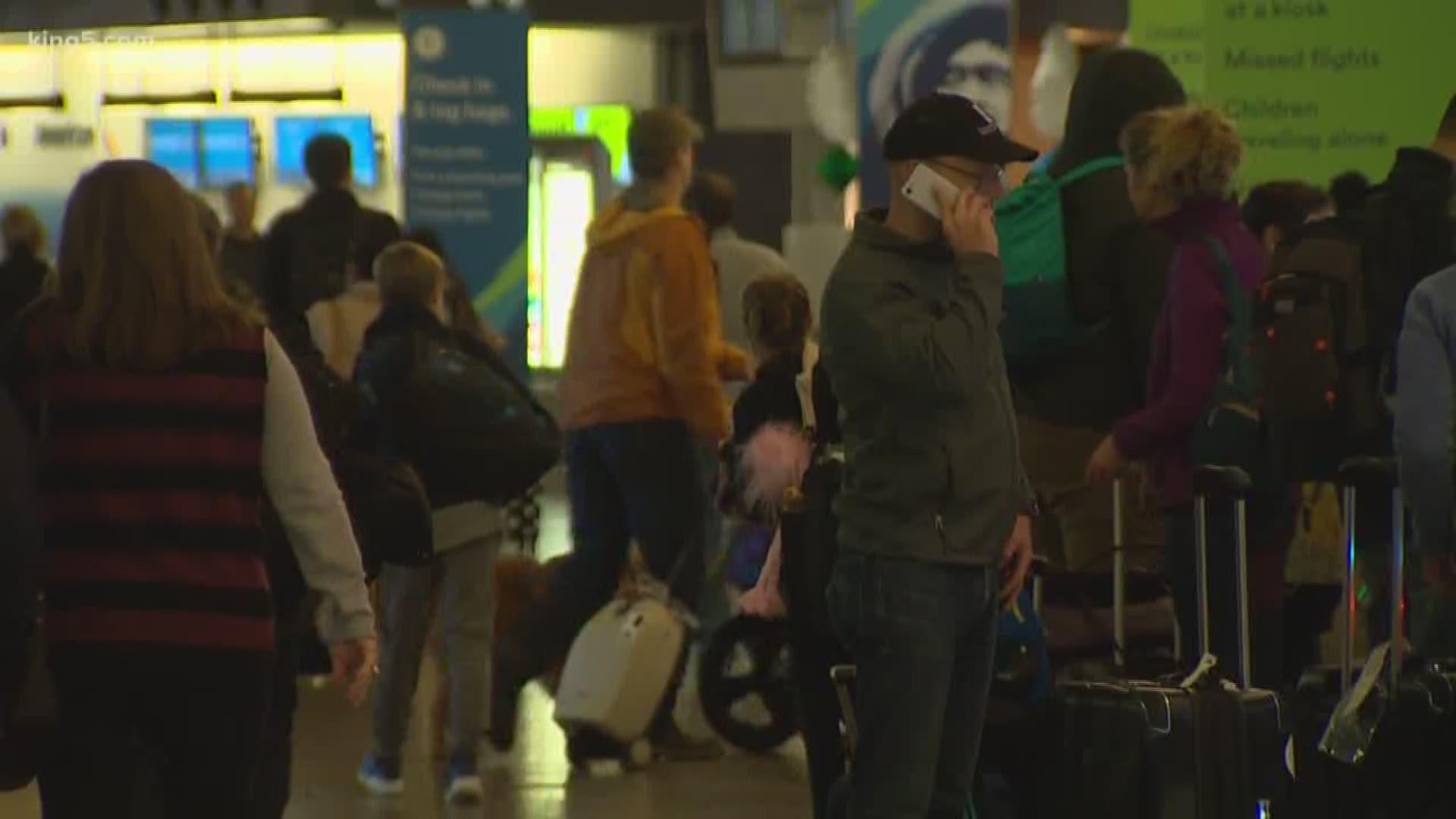 Add Thursday's rough weather to one of the busiest travel days of the year and you get long hours for travelers at Sea-Tac International Airport.

Karen Frazier traveled from Spokane to Seattle, but what should’ve been a short flight turned into a long travel day.

"It took me four or five hours to get here on a 45-minute flight because of all the delays," said Frazier.

But, Frazier said it is the kind of wait that is worth it.

"Because it is Christmas, and you want to be with family," she said.

Some travelers could not contain their excitement in the baggage claim area. Keely and Jeanne Lynn dressed as Rudolph and an elf to surprise their sister, Cate.

RELATED: 5 ways to streamline the airport security line during the holidays

In an airport overflowing with holiday happiness, Jackson Bowlin stood out.

"Home for me is actually back in Arkansas," said Bowlin.

But he's not going there. It's Jackson's first Christmas away from family.

Just out of basic training, Bowlin is on his way to Joint Base Lewis McChord.

"At least I can say the reason that I missed this one is because I joined the military, something not a lot of people do," said Bowlin.

Bowlin is one of the 63,300 passengers that traveled through Sea-Tac Airport Thursday.

Airport officials expect to see a record number of holiday travelers this year.

According to the TSA, 62,800 passengers are expected to pass through the airport Friday, and another 60,200 on Saturday. TSA predicts an 11 percent increase in travelers flying out of Sea-Tac this holiday season.

Between December 21 and 26 TSA expects to screen over 2.7 million people per day nationwide and an average of about 60,000 passengers per day out of Sea-Tac. 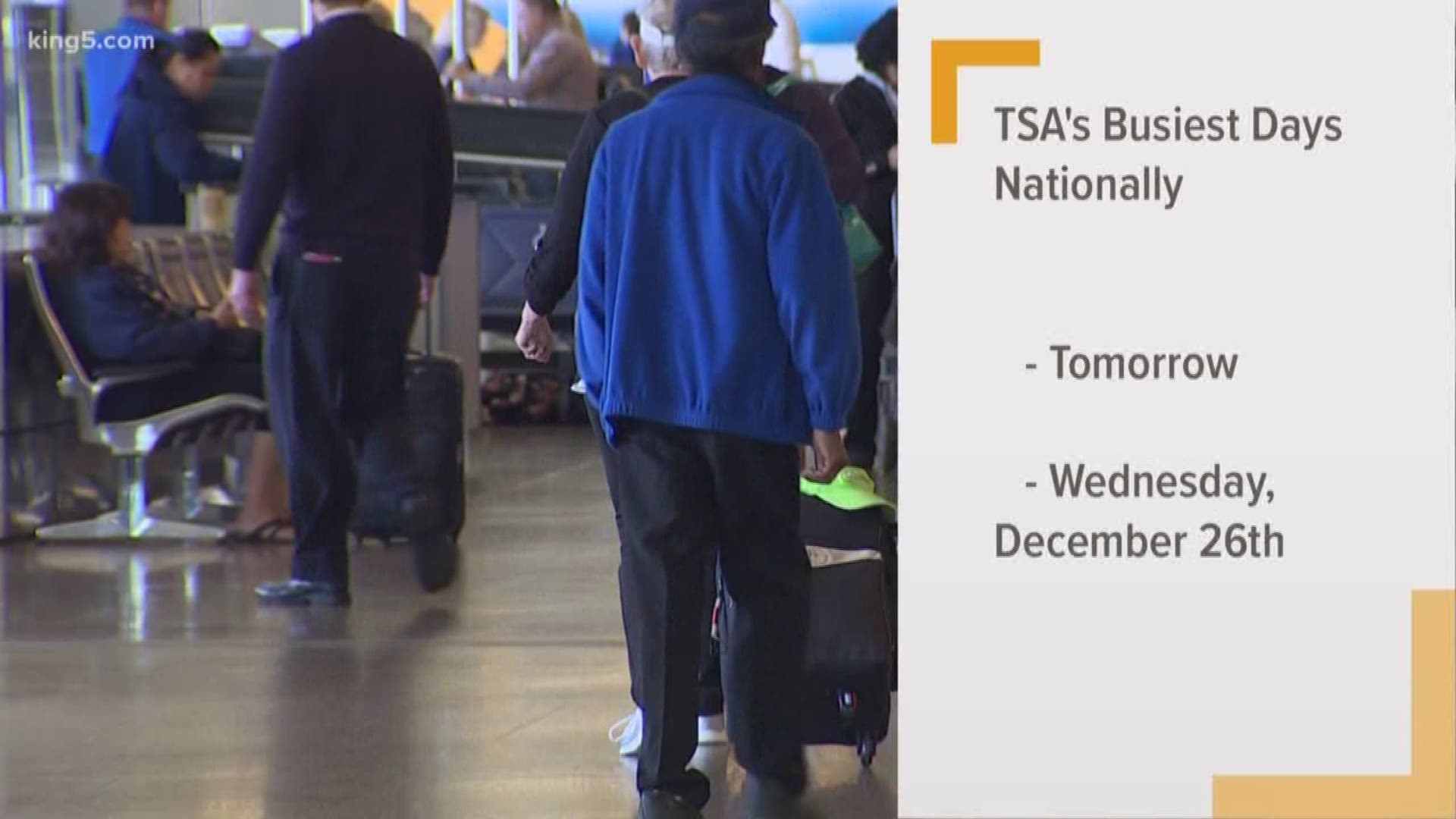